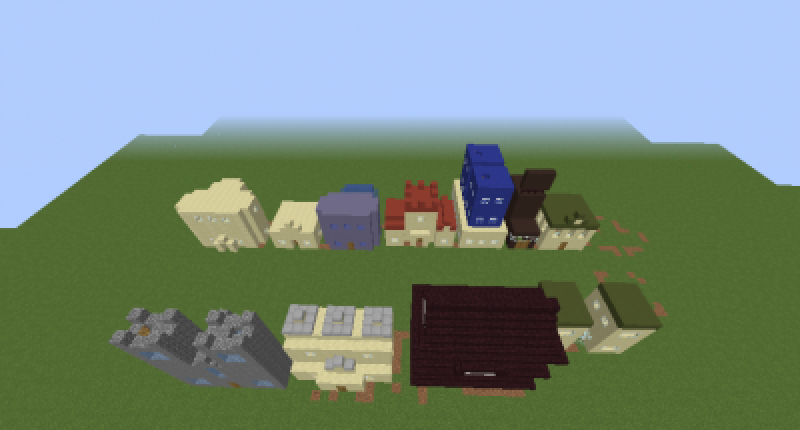 This mod adds stuctures based on real life places. They're somewhat rare to find just because it would be annoying if they spawned all over the place. You might have more luck finding something in a desert or in plains.

I tried making the chests have items, but it didn't work. What I might do is place blocks instead.

The Bellagio - Spawns on sand and has beds on the second floor. Useful for setting a spawn point if you get lost in a desert

The IDS Center - it's just a random place with a jukebox

Time Warner Center - it has two blue towers on it

Westminster Abbey - it's a just a random church

Himeji Castle - A japanese castle, probably one of the biggest of the builds

@#1 I probably could do that, but I don't know how I'd go about adding loot or functional mob spawners

Another thing you could do is make some custom mobs that spawn.
EX: for Times Square do NewYorkers

@#3 I tried making new mobs, but it crashed the game. Alternatively, I might either try adding a custom vanilla mob spawner or I could learn how to code a new mob (to get around the crashing issue).

@#3.1 Actually, I take that back, I think it only crashed for me because I was giving mobs weird AI, like for an Enderman for example. If I stick to something like villeger AI, it might work just fine.