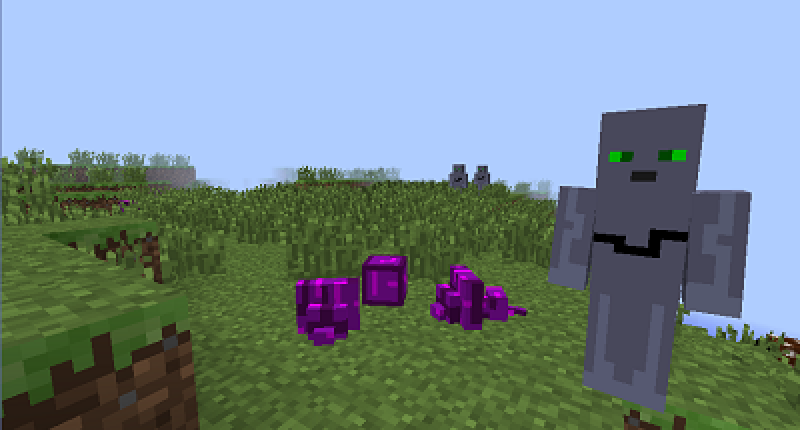 Many ticks ago, the Overworld was attacked by strange alien race. Their leader was The Eye of Doom, big red eye. Soon after the invasion the overworld was totally destroyed. Fortunately, a man found the portal leading to a new generated Overworld and people escaped. The portal was destroyed, this story was forgotten.

Suddenly, The Eye of Doom returned. It used broken robots to create destructive G-bots. Only you can defeat The Eye of Doom and stop the second invasion. You and your robots!

P. S. I am planning to continue developing this mod. I'll add many other robots and G-bots. Also, I'll use techne models for entities

Looks Cool need any help cuz i am willing to help?