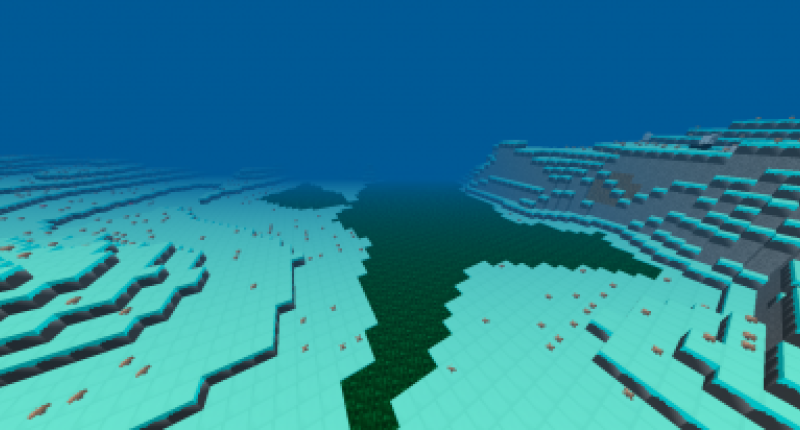 In a world of simplicity, a new modification comes in. And like a new big bang, the mod has spiced the world with several new mobs, new building blocks, so many weapons and new equipment! The world awaits for a new hero and waits...

Guys I am extremely dissapointed to say that this mod is officially discontinued... However, PLASMANAR (another adventure mod) s coming out in a two weeks time! Again, I am sorry...

HINT: 0.05, the pirate and explosions update! Guns and cannons are probably coming out! Wait for it!

Images for the Mod: (Imgur Hosted) Those are just some of the weapons and goodies, THERE ARE DEFINETLY MORE!

0.02: Shields, Emblems, New Mobs! Also made Rapiers! Gave Special Effects to some items! MORE CUSTOM CODES! Made a new set of Armor! Hope you like it guys! And those things I mentioned aren't the only things that got updated, LOADS MOREEEE! And Again, hope you enjoy!

0.03: New Shields! New Emblems! TECHNASYON IS RELEASED BUT in BETA! New Thrashers, which are more powerful swords, new Scythes, new Tartapes Armor. Also, new mob! Gingerbreadon! Woo! Fixed bugs on the SHIELDS and EMBLEMS! That's not all, MORE STUFF IS NEEDING TO BE CHECKED OUT. Hope you enjoy. :)

0.04: New Spears! New Blockbrushes which are like paintbrushes but paint a block into a whitewashed Coloured block! As I said, Whitewashed Blocks! New Emblems! New Crossbows! Fences and other variations of the three decorative materials! And that's not all, more stuff are due to be explored!

Quick Update: This mod is definnetly NOT DISCONTINUED! I would be selfish to let this very enjoyed mod go but however, I will have to remake some aspects and start it again! If you guys are ok with me doing this, I WOULD BE PLEASURED! So yeahh... Updates to tell.

Good job I haven't tried it yet but sounds awesome

@DamopiaDude Thanks! Have you got any ideas? I will definetly give you credit and make it, probably :).

Guys, pls comment what you want in the mod. I will DEFINETLY add it, if it's appropiate.

I have quick question, and some suggestions. I'm wondering how did you get 275+ mods into a single workspace without mcreator becoming very slow... That has always been an issue for me :/ But anyway, I think you should add some new liquids which can be used to make magic stuff, and also acts as an energy source, not as redstone but something that gives off the feeling of powerfulness. :D Love the mod, and good luck working on it :D

@#6 My one doesn't lag for some reason. I am a decent laptop and it's windows 10 so yeah. But the idea you had is surely, AWESOME! Come in on 0.06, KEEP YOUR EYES OPENNNN!

Cool mod, when you add more mobs to your mod, look closely and make sure they are mobs people will find have a purpose in the game. For example, a Convict, a mob that wheres orange hates villagers and walks around. Even though he isn't the main piece to a mod he still will add in a nice background mob to Minecraft and will hopefully get you more likes!

@#9 Very good idea indeed! Not sure how it will fit in but maybe a prison dungeon or oh oh, Villager Quest! #BrainstormsAhead!

Guys, that you sooo much for the support and make sure to not download 0.01 which has the most downloads, DOWNLOAD 0.04 from the description! Liquidics and Mobs ARE COMING SOON! 0.05, update will include those things you guys said. THANKS GUYS! :D

That idea about liquid Energy is what i was thinking for like a surprise update when the 1.0.0 comes out. Come that energy theme will be coming soon like 0.06! Diabolical Nukes, Commands, Laser Guns, Block Launchers and more... probably my favourite! YEAHAH!

i want ask ... how do you make the enderiac wand ?

@#12 So, I posted a custom code on the Custom Codes place and tells you a code to put in the item you want to throw enderpearls Source. Please don't hesitate asking questions! I answer to everyone!