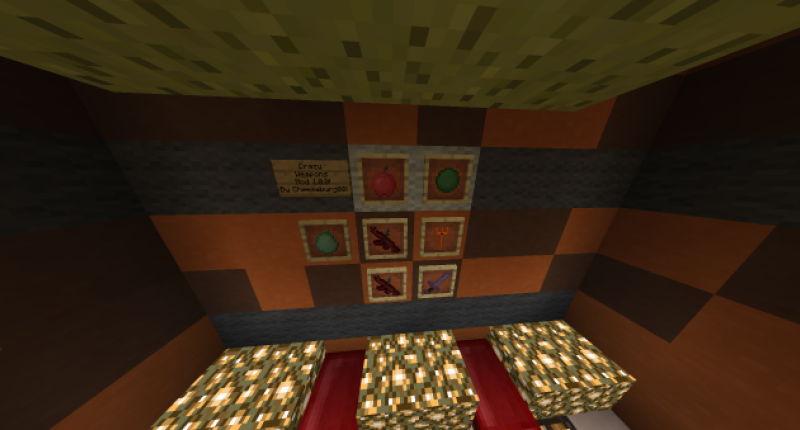 The Crazy Weapons Mod is an AWESOME mod which adds a variety of weapons to help in your battles against the EVIL!

Super Apple - The overpowered killing machine, and it's an apple,but you can't eat it because there's diamonds swords in it. -

Survival Checker - a thing which shows how many days you've spentthere and other stuff like that, except its VERY bugged, like it's overlay gets shown when its not supposed to be shown.

The Escapists Sword -it shoots enderpearls, and it's a sword -

And the great trident -A weapon with infinite durability! -

This is a great mod which will add lots of stuff like..the indestructible sword, cake gun , the Metal dirt peice, improvements on the Survival checker and the lightning bomb.

Hope you enjoy it :)

hard craft mod is best how to download in minecraft zyczu>?