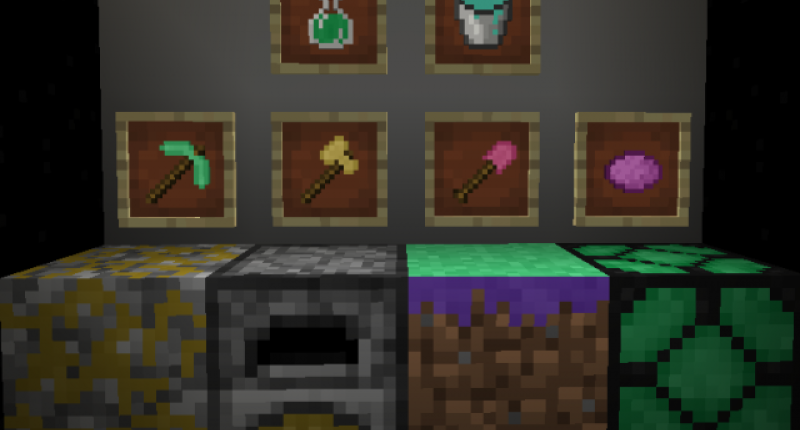 The mod Animated Craft is a mod this adds some animated blocks and items in your world. Currently there are no crafting recipes in the mod.

The Everything Breaker is a new animated multitool that is an axe, shovel and pickaxe. The texture is an dye that changes everything in cocoa beans, cactus green, lapis lazuli, bone meal and more.