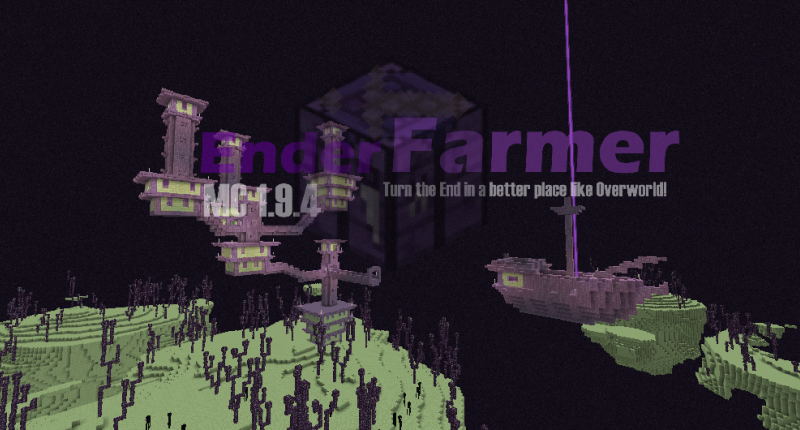 This mod is discontinued. Stuff from this mod will be added in a future mod.

So, if you don't understand this, it was one of my first published mods for 1.9 when I wasn't in the UK, my first one that got published got taken down. If you don't understand why this mod doesn't really have that much to do to the End dimension itself, I didn't really understand the changes when the End dimension was improved in 1.9 that took the old Xbox 360 Edition's Ender Dragon boss fight and added End Cities and the End Gateway.

Will this mod be redone one day?

Yup, but the remake is basically not only a mash-up of my old mod plans, in other words, adding in the concepts of EnderFarmer, The Depths of Minecraft and Redstone Energetics into one mod, it's also likely to be a mod created by hand (not made in MCreator) meaning if I upload it, I will do it on both CurseForge and GameBanana. It will implement most of the features but in a way that's more balanced and fair game (so no Purpur bow that has arrows that detonate on launch). Hope this is enough!

@#1 The mod is not finished. I'll try to add some Ender features to the MC Mega Pack mod.

ooooooooo nice idea! (lol)
if you're willing to, maybe change the description to make it a little more descriptive?

I have entirely forgotten on what the mod exactly does one by one, so I can't do anything about that.
Also thanks, I guess!