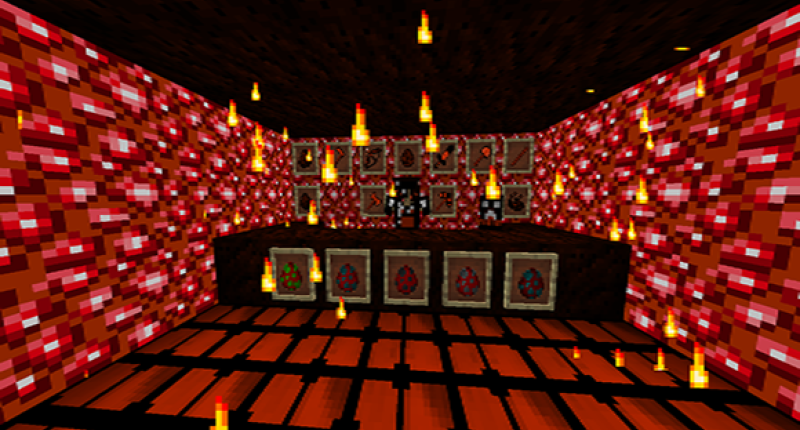 The mod is composed of armor weapons and new items also with new mobs and a boss
The mod features new weapons and armor items also with new monsters and a boss
Among the items the infector powder is an important item for other items crafteos blocks is
Infected Laema crafteos would serve for armor and weapons.
With different mobs that appear in difrentes structures or parts of your world with the boss who is in the desert.
I'd give you a chance to throw a random item or part of his armor.
Very soon more mob bosses and more new items

does the "grate" word on the tittle was accidently mispelled or it is intended to be spelled that? iam asquing you this bc iam confused

or is it in another lenguage?