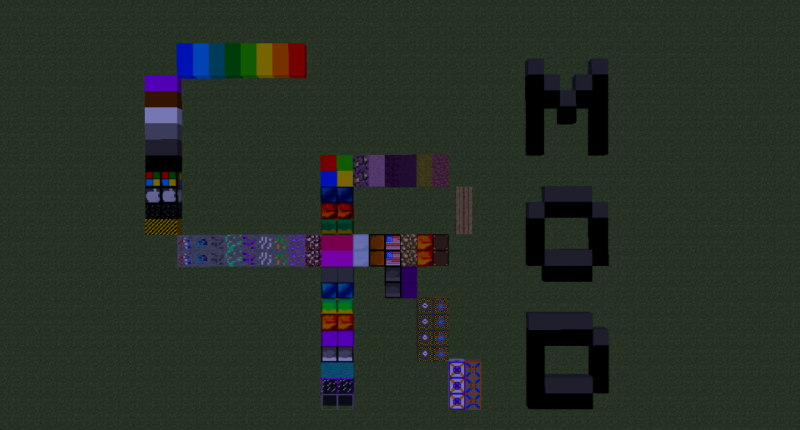 All of the blocks in the CrMod 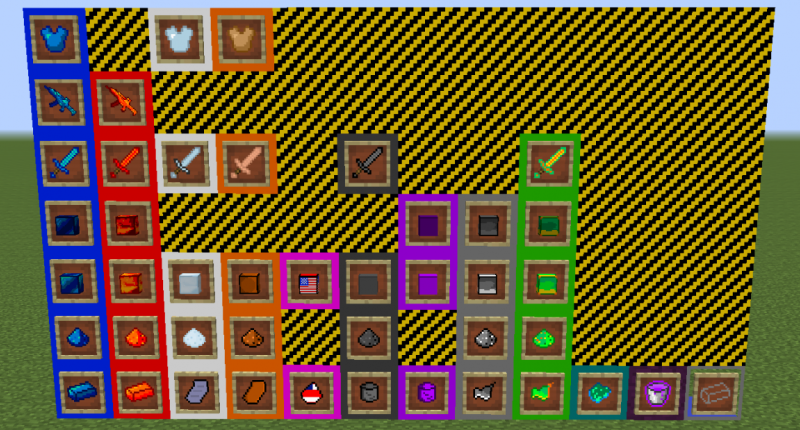 The item table in the CrMod 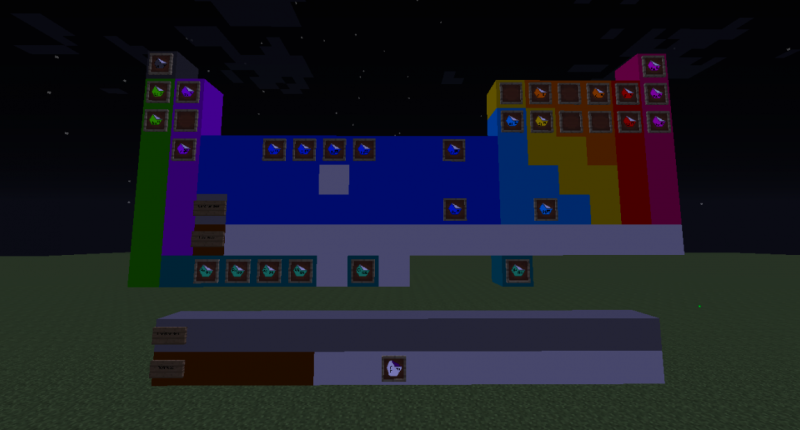 The currently added elements of the CrMod

CrMod 1.4.0 is now in development! I can't say when it'll be released, but this update replaces the old (bad) textures with ones that fit the new 1.15 style, more intuitive crafting recipes, and whole lot of new chemical processing for new items. The update makes the mod centered on gathering and processing different minerals and crystals in different ways to get new materials, crystals, chemicals, and metals. You can even try to make element 118 in a particle accelerator (if, of course, you're that nerdy!). Overall, I think this update makes this mod worth it, but I'll let you decide that upon release...

You can check out the work-in-progress CrMod Wiki for information on the new update, as well as the CrMod GitHub for development updates.

By the way, this 1.4.0 update basically makes the rest of this page obsolete. Upon release, this page will be replaced with updated info, and possibly a link to a wiki page.

So, you want to learn more about the CrMod? Well, you've come to the right place! This mod was originally created for use by decoration-focused players and map makers, but it has, since the alpha versions of the mod, been slowly drifting into realistic science and technology. I understand that it's not perfect, but, trust me, it's really hard to keep track of every item in the mod. I understand that most of the better mods are still in 1.7.10, so the latest, most stable version of this mod is in 1.7.10, not 1.8, 1.9, 1.10, or 1.11.

This is still in development, and I realize that glitches exist and can (for the most part) be fixed. The following is a list of bug/glitches I have been made aware of:

I'm not going to write this section completely. Basically, you right click with an acceptable item in your hand, and the Atomic Splitter will split it into its basic elements, in proportion. For example, putting a water bucket in will give you 2 Hydrogen, 1 Oxygen, and 3 Iron. All dusts will give you the same amount as the item that made them, and blocks give you 9 times the elements. I'll let you experiment with the rest...

The Compressor turns any regular block (made of some kind of processed ore) from this mod and turns it into the compressed version of itself. Notable exceptions to the previously stated rule include the Lead Block.

​Also, due to the fact MCreator will not allow you to check for a certain block in a player's hand, this machine is useless, at least for now. If you have any work-arounds, please post them in the comments. Thank you!

There are some blocks in this mod that are purely for decorative purposes, which is where the original intentions of this mod lie. The folowing is a list of them.

The Atomic Splitter is only in this edition of the mod, Element Edition. It's sort of like MineChem, but less complicated and without every single little molecule. I'm only including the cool and interesting ones (not that some aren't interesting, but some are more interesting than others). For example, you can make sodium chloride (table salt, thus giving you Salt Dust), but not trioxide (ozone. There's no use for ozone in Minecraft, specifically with this mod.)

Generally, this edition is only for the nerdiest of nerds, just like me.

NOTE: Element Edition will no longer be downloaded separately from the regular ones.

1.3.0 is now available! I'm not including a changelog, otherwise it'll be extremely long. (Some items listed above are not added to 1.3.0 yet. Those will have an asterisk (*) in front of them.)

1.3.1 is now available! Only one thing was fixed: Ores now break only with certain tier pickaxes. This really only matters to those who use this in survival mode.

CrMod 1.4.0 (for 1.15) is now in development! This update adds better textures for old items, as well as a brand-new chemical processing section to explore...

The following items are being added (items which are in italics are new):

wait did you made this with mcreator

@#2 honestly, making this isn't even difficult. you just need loads of time. Its just a ton of blocks, items, armor, mobs, and stuff. Although I like the custom sounds.

If you`re asking me that `cause you want to learn how to do that stuff in your mod, I might consider making MCreator tutorials for you guys. Otherwise, yes, I did make this in MCreator and MCreator only. (I don`t know any Java. Only basic HTML and CSS)

Not my cup of tea, but I always love seeing people make good mods and actually try to make something out of mcreators use. Mods like these are possible by anyone if they tried. Great work!

This is one of the best mods i have ever seen on the MCreator site.

You can fix the armor name "bug" by editing the en_US.lang file in your compiled mod (open it with winrar or any other unarchiving program)

@#7 I just read your comment, so I dug into the folder and found en_US.lang, but WinRAR won`t let me edit the file. Any suggestions? -Faiel Gila