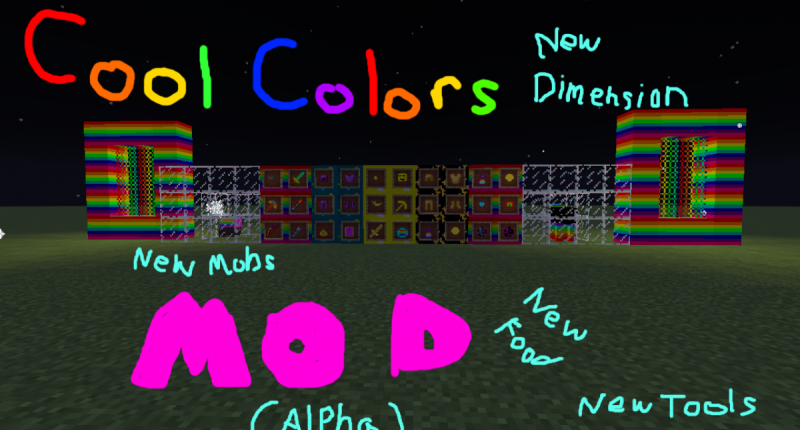 This mod took some concentration, so please download it! As the title suggests, this mod is only in alpha. Expect a lot more things to come! I hope this doesn't get taken down like my other mods I've put up. I put a little more effort into the picture so I hope that plays a role in it!

The mod is super simple, it just adds a couple of weapons such as the Rainbow Sword, The Rainbow Bow (LOL), The Rainbow Axe, The Star Pickaxe, and tons more! It also adds foods like PopTarts, Rainbow Cookies, Heart Cookies, and some more. It adds a new dimension also. Two new mobs such as Nyan Cat and The Galaxy Cow have been added as well. It adds super random items that are cool to stick in item frames.

That's this mod basicly! (Remember, it's in alpha.)