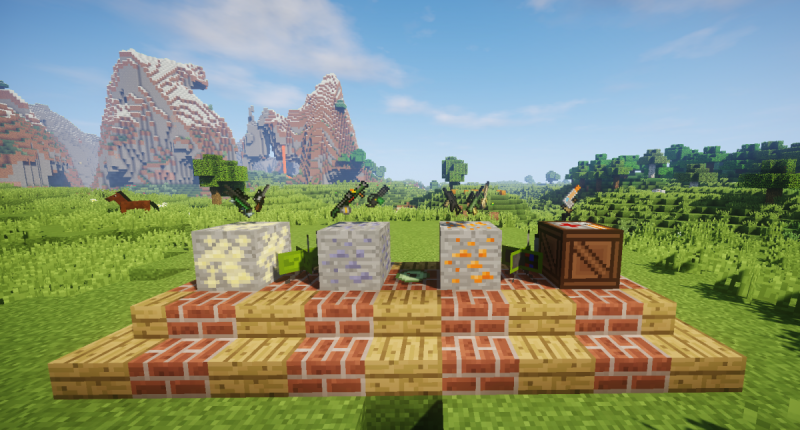 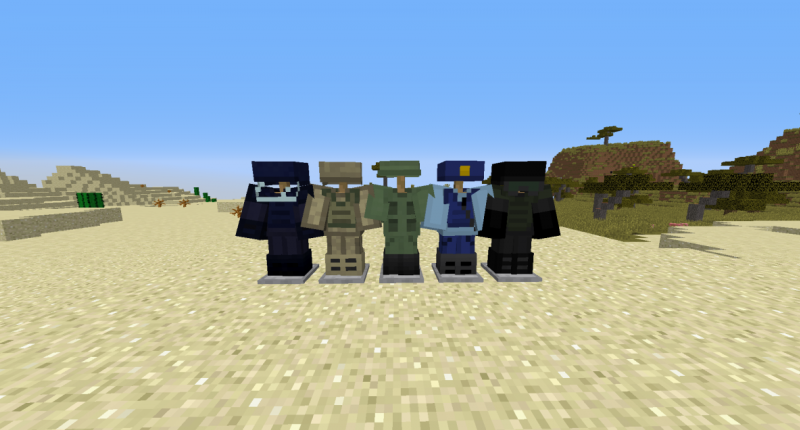 From Military to Carbon fiber! 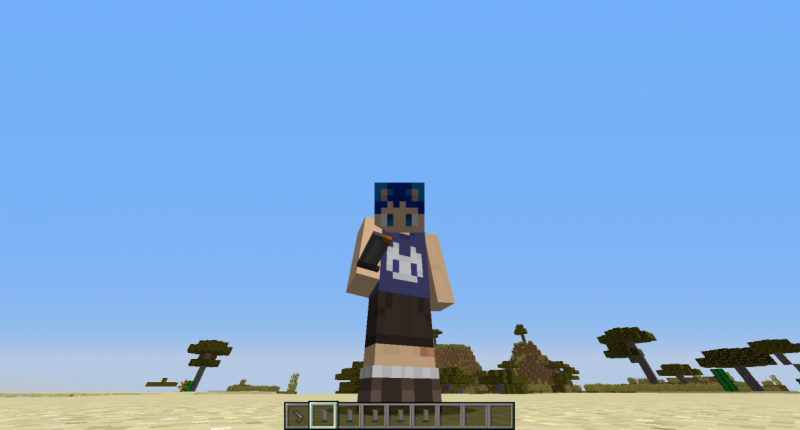 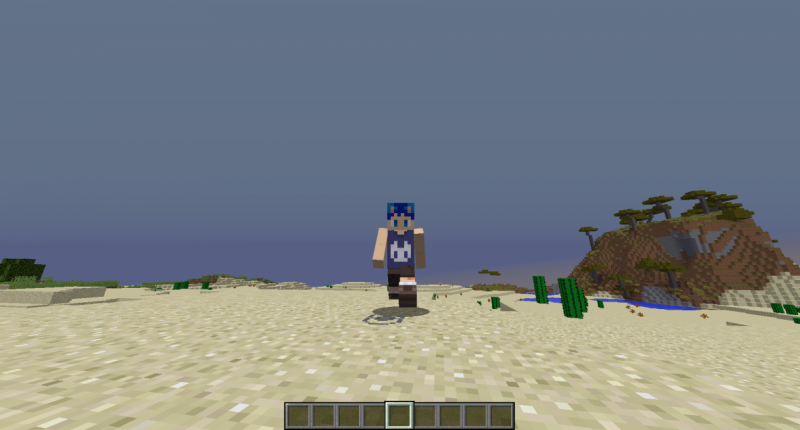 1. Install the mod like you normally do, then enter Minecraft. (I recommend Forge Modloader)

2. Turn on Cheats, or else recoil would not work. (If you already had a world, go to "Open to LAN" and turn on cheats. But you have to do that every time you enter the world, sorry for the inconvenience)

3.Enter the world, and type " /gamerule sendCommandFeedback false " (Or else the recoil will spam in text when you shoot)

Sorry, because the new coding system update, the mod will update no more. But Im working on a mod just like this, I'll put the link here after its finished!

- M4: the only gun (Currently) that can switch firemode from auto <--> semi

- Plastic Pistol: A gun that you can smuggle through airport security (Don't do that btw), Breaks in 1-2 shots and deals 300+ damage per shot!

4. New Magazine system! Right click with a Magazine/clip to get a certain amount of bullets!

5. Flame Thrower don't use coal anymore! It uses Napalm! (And It has a magazine: Napalm Flask)

7. New Melee: Riot Nightstick (To go with the Riot armor)

Tips: Failed Shots had been bothering you? Run and Jump when shooting to fix this problem! Also gun don't work underwater.

Feeling Minecraft is too boring? Diamond Sword and Bow is not enough? Other Gun mods are too complicated for you?

Well, if the answers for the questions above is Yes, this mod is just for you!

There's only a few types of ammo, and crafting is really easy. Just craft it on the crafting table!

You can spam fire pistols and sniper rifles, but sniper rifles have massive recoil from 25 degrees to 80 degrees.

Rifles and SMGs can be auto-fired, Rifles have increased range but decreased firerate and SMGs have rapid-fire and they're deadly at close range.

Shotguns have poor range, but they have powerful recoil, knockback and the potential of One-shot-kill.

And if those guns are not big enough, we have Minigun, Negev, Flame Thrower and Grenade Launcher!

Those weapons are balanced and field tested, all weapons are capable to help me to survive a night.

(SMGs are the only guns that doesnt have Recoil)

I know its not 3D, I'm still learning, but I drew those guns and ammos single-handedly, Pixel by pixel.

So if you're using them, at least notify me and mention my name. Please.

AS VAL: Increased Damage, Reduced Damage, Uses High Caliber Rifle Rounds, and since it's barrel is already a silencer, It's relatively quiet.

Gewehr 34: Basically a Germany Version of the M1 Garand.

(Semi) Same stats as M16, but Low firing rate (Which means only tap-fire)

Put it in your Crafting grid to switch from Auto and Semi.

AWP: Even Higher Range and Damage, but Higher Recoil.

Minigun: Normal Range, Even Higher Damage, Rapid Fire, Ammo Black Hole, and hard to control since it got 3-degree Recoil upon every shot.

Frag Grenade: Explodes on impact on surface, but just in case it hits a mob... It'll kill the target in one hit, but the grenade will not go off.

Molotov: Upon Impact, It will place 3 block of fire in a specific pattern. Deal massive damage if direct hit, and sets target on fire!

Airstrike Marker: Calls a TNT airstrike, drops 4 TNT from the sky in an random pattern and then BOOM!

- Melee Weapons - (And no, you can't chop trees with it... Still working on the values)

Kitchen Knife: Speed 1.6, Damage 6. (If you're going to make a roleplay about psychopath serial killers, Go ahead!)

Bandage: Slower and Longer Regen, but slows you down for 2 seconds (Because you are applying the bandage)

Painkillers: Faster Regen, May cause dizziness(Nausea) after consuming, good for Healing but still not losing your pace.

Medkit: Halts your movement for 2 seconds, and fully heals you with an insanely fast speed.

Screwdriver: Speed 1.2, Damage 2. Right Click at bear trap or Hazard to disarm it.

Special Forces Uniform: 8 Armor Points. (If you're going to play SWAT or Rainbow Six Siege in Minecraft, Go ahead)

Military Helmet: For cosplay, only have 0.5 Armor Point.

Purified Water: 1 Saturation points. Its an ingredient for other food.

5 Saturation Points. There are 24 flavors, and you can see all the Recipe by using the JEI mod.

Bear Trap: Upon Contact, Wither 2 for 10 sec and Slowness 6, Weakness 3, Poison for 20 sec. Right click with Screwdriver to destroy it.

TM-46 AP Mine: Upon Contact, It blows you sky high. Right click with Pliers to disarm it. Don't break it when it's on!

Claymore: Upon Contact, It blows you even higher. Right click with screwdriver to remove the cover, then cut the wires with Pliers. Don't break it when it's on!

I hope you guys like it. Thank you for reading this wall of post and downloading my mod!

-Army, Police, Riot Armors, If you got ideas, name it in the comment section. Don't be shy, speak up!

-Hazards, such as Barbed wire.

-Blocks, for decoration and building purposes

-Some hostiles to shoot at (Of course, they will shoot you. From pistol, rifles to a nasty explosive surprise!)

If you guys need the recipe, you can use the JEI (Just Enough Items), It will show the whole recipe of the firearms.

And sorry about the shield on the husks, I used the DungeonTactics mod

How about some OG-107 Fatigues with a ridgeway cap?

Your request is noted. Thank you! :D

Thats what I said up there... But thanks though

This mod is amazing! Keep up the work!

Summon 4 PrimedTnt from 77 block above.