The Logo of the Mod 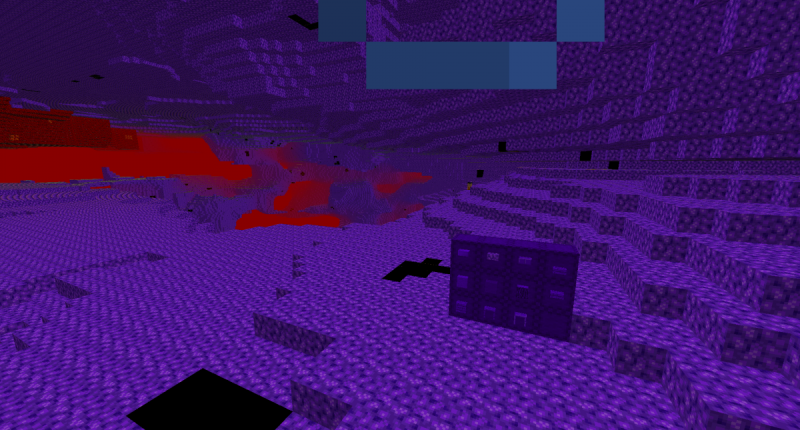 What happens when you combine Magic, Mystery, and Generated Code? Well...

This mod is the answer!

Welcome to "Magic Material - Its a kind of Magic...", where you can find mysterious, new stuff! Ranges from a small, purple special Ingot, to a WHOLE new dimension...

Magic Block: A pretty block. Can be used for a slab version.

Magic Wool: A fluffy magic would make you say yes! Can be knitted.

Magic Coral: 1.13 didn't came and we already have a coral?! Fair. The coral is useful since it does not dry. Plant version included. Can be used for a slab version.

Magic Ore: A ore that can drop a special thing, documented below. Had a nether edition until 1.2...

Magic Mushroom: A small, decorative plant. Has a block version.

Magic Dirt: Useless but nice. Can be crafted to a grassed block. Generates in a new biome.

Magic Dead's Sand: Originally a forgotten texture until 1.0.1. Crafted from 4 Soul Sand in a circle shape with Magic Sand in the middle.

Magic Bricks: Cool decorative blocks. Can be crafted into Slab, Table and Pillar versions (the latter crafted from 2 slabs).

Magic Ingot: Obtained from the Magic Ore. Useful for many stuff.

Magic Dust: Cool dust. In current version it can be used to craft Magic Dead's Sand. Also a Magic Rifle ammo for some reason.

Broken Magic Ring: A special ring that looks like its broken and crispy. Can be used for the new dimension but not for marriage.

Magic Rifle: We didn't really nerf it in 1.0.1, my mistake. A cool rifle that can shoot Magic Dust.

Magic Armor: Special useful armor that can protect you better than Diamond. For the price of less damage able to be taken.

Magic Turtle Armor: Same as Magic Armor, but allows you to always breath in the water. Exclusively, it has a special texture different then normal turtle armor. Only helmet.

Magic Scute: A shell piece. Will be dropped by a mob in the future.

Magic Tools and Weapons: We already talked about Magic Rifles. But if you want to make a Battle Royale map, it will never be finished if you don't use these: Magic Sword, Magic Axe, Magic Pickaxe, Magic Shovel, and- Wait, why would you want to use a Magic Hoe in a battle map? Use my special Magic Saw! Its better then it sounds!

Magic Block...?: A mysterious unknown creature badly disguised as a Magic Block. Drops the real one mostly if defeated, and sometimes a Magic Coral!

Far Magician: They used to be normal Magicians before... one of these moments - Blazed by a Blaze, Heavily murdered by an Enderman and Tripping on a Rabbit or a Player.

Far Warrior: Fighted hardly, the main target of him being Skeletons and Zombies. And then, one day, these evil creatures managed to strike and end his life.

Magic Biome: The only place where the magic dirt and grass blocks generate. Normal Grass Blocks are purple here, and the water is emerald green. Often rains. Far Magicians and Magic Blocks are foundable here.

Magi-World: A dark mysterious dimension. Generates as a Nether-like dimension with Magic Coral Blocks and parts of Dark Matter. Eep. The frame is Magic Blocks. Until 1.2 it corrupts and crashes the game due to shared numbers, but in 1.2 i replaced the number. Rarely combines and corrupts with other nether-like dimensions, like the Netherier from Raolcraft Omega.

Magic Desert: Magic Blocks, Rabbits, Ghasts, and even Vexes spawn in this deserty world. Oh wait, its a biome.

More information can be found in the changelog and the official, unfinished wikia of the mod: http://magic-material.wikia.com/wiki/Magic_Material_Wiki

This part was created so more information about the mod's origin and other stuff can be found outside of the Wiki.

Q: How did the mod started?

A: The mod was started after i added some resources to MCreator's "Create Item/Block Texture" tool. I was bored, and i thought: "What can i do with the color Purple...?". Then, i started to make a small block, known as the Magic Block now. In the past, i tested block models to see if they work (some don't have texture selecting, as i reported. I extracted the models from Minecraft Snapshot 18w09c), and because of the bug i already said, i got a missing textured fence with no connection. It was a fence model with an used texture, so i was not able to add for it a texture. I thought i should return to mod buisness, so i reworked the idea of my first use of block models, and the rest of the ideas became used, making this mod what is it today (and my first slab!)

Q: Was the mod always related to a material called Magic?

A: No... The original mod plan was of a dimension called The Tran (where i got the purple idea)... And then i tried to create a sixth workspace. Didn't go good, so i reinstalled MCreator 1.7.8 (and of course, i never done that stupid mistake again) and i worked on Magic Material.

A: No... Its original name was "Magic Magic Magic" with the header of "New Magic! And Magic!", but that name was too childish. The name of the mod might change again in the future, however.

Q: Why some of the blocks are big in my hand?

A: MCreator is bad with custom models, so the slab (cake) model and plant model are is too big.

Q: Why the slab model is the cake model?

A: I tried to use the normal slab model, but it ended as a Missing Textured cube (not half) with blue text of the object item name (magicmaterial:magicslab#down, for example) My mistake, slab.json worked unlike it's variant's models :)

Q: Will there be future Magic Colors other then purple?

Q: Do you work in other games?

A: Of course! I play Geometry Dash, Createrria, and more of these! I also play Angry Birds Epic.

Q: Is this FAQ done?

Older updates and updates over 15 MB will in the Curseforge page.

Thanks for the logo MCreator :)

Can i have a .png file of the lpgo for a mod spotlight?

Click the image then Left Mouse Button and Save Image As.

Not what I meant... I mean .png that has no background