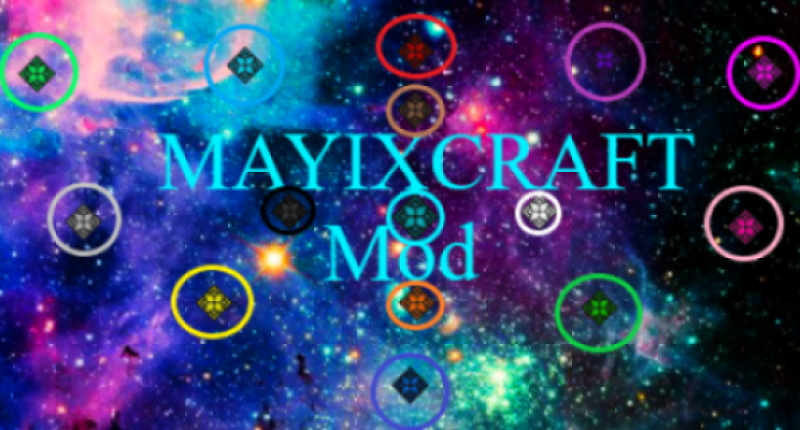 everything has an opposite in this world

This mod is based on the control of the "elements", which will allow the player to develop various weapons, armor and tools.
The elements that this mod adds are "fire, water, air, rock, plant, light, ice, darkness, electricity and technopathy.
which are manifested in the form of gems that will be generated by the world, said gems will be used for the manufacture of everything that is implemented in this mod.
not to mention that this mod adds 13 new mobs, of which 9 are pacific and 4 are aggressive only with the played, with the fact that two of the aforementioned are bosses.

that mod has a lot of content that would make it easier for the player, the survival mode, but it has its bad side, and that is that gems are generated very rarely and sparingly (even more than the diamond) so the challenge for the player is ingeniarcelas to get all the gems and beat the bosses, who are scattered by all dimensions. and not to mention that the mod adds nothing more and nothing less than 11 new dimensions, which are "solarix, Andros, gardenix, tornadis, pyros, obsidian, zenith, lumina, gelidon, petra and mayix" which the player must explore for find the bosses.

This update of the mod brings even more blocks, minerals and implements 11 new bosses, one for each dimension of the mod, and each drops a new item that will be given a utility in future updates. Apart from all this, 15 advancements were added to the game, (possibly added more in future updates).

this update implements two new minerals, are the smoky quartz and padparadscha, which have the same functions as the rest of the mod's ores, create armor and weapons.
another thing that adds this update are 4 new mobs, two of them pacificos, and the other two are bosses that appear in the new dimensions added.

this friends of mine is a gift for all of you to entertain in a good way this year 2019 to come ...
and as I said before I will wait for forge for the 1.13 and eventually the version of mcreator for 1.13 so have fun ...

the mod has already implemented everything essential to make it work, but my intention is to add even more content for the enjoyment of the player, so I will try to update it constantly

Can you add a few images that show some of the features added by the mod?