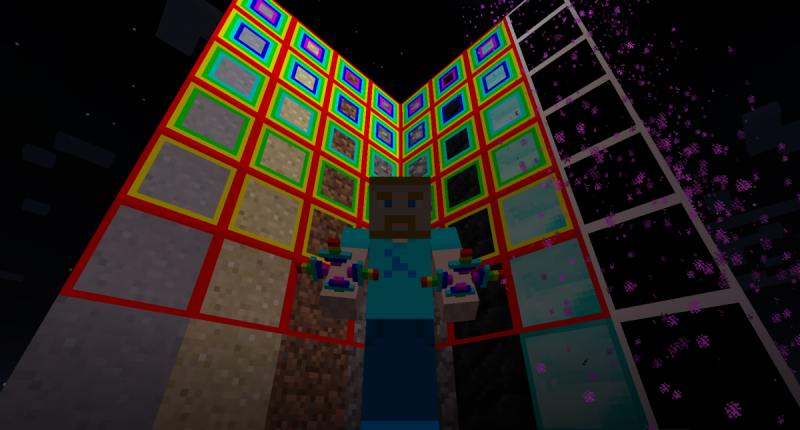 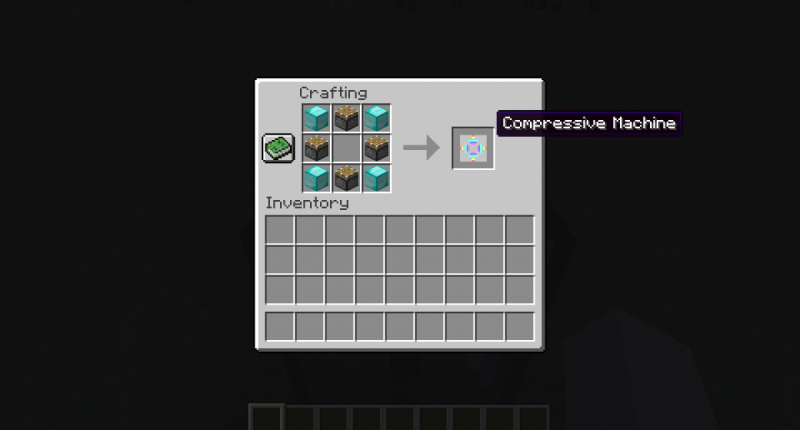 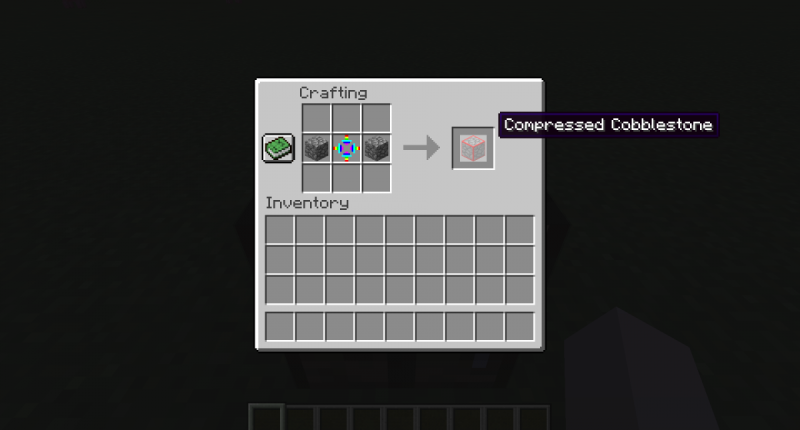 To craft compressed blocks, put the Compressive Machine in the center & 2 of the block you want to compress on the left & right sides

I created this mod originally with the idea to be able to hold or store more cobblestone but I made it possible to compress much more than that.

Not only can you compress some blocks for more space but also for crafting normally naturally occurring blocks.

Note: This mod is a work in progress & I am open to more ideas & bug reports :)

Black Hole - I really just put it in as an easter egg/reward for somehow collecting 128 Blocks of Diamond. But be careful; it can erase your inventory.