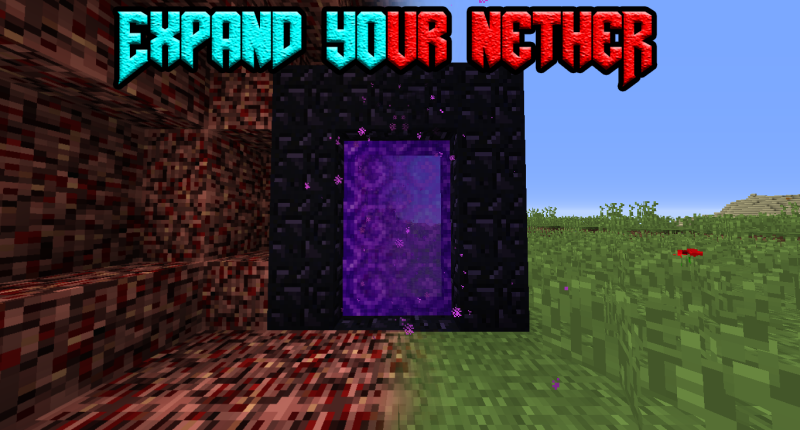 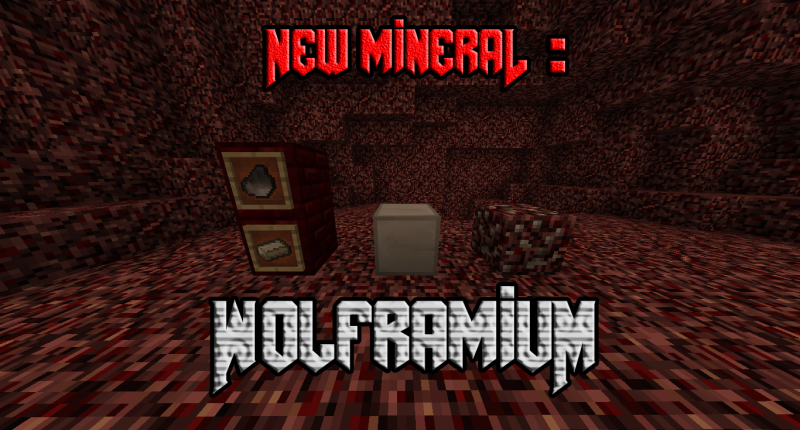 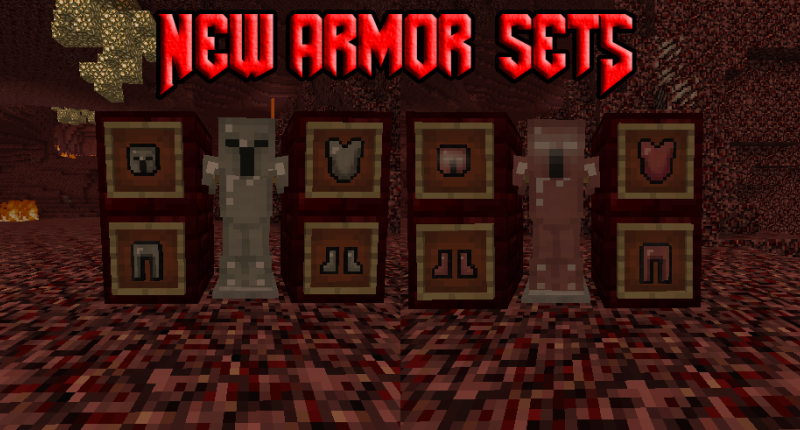 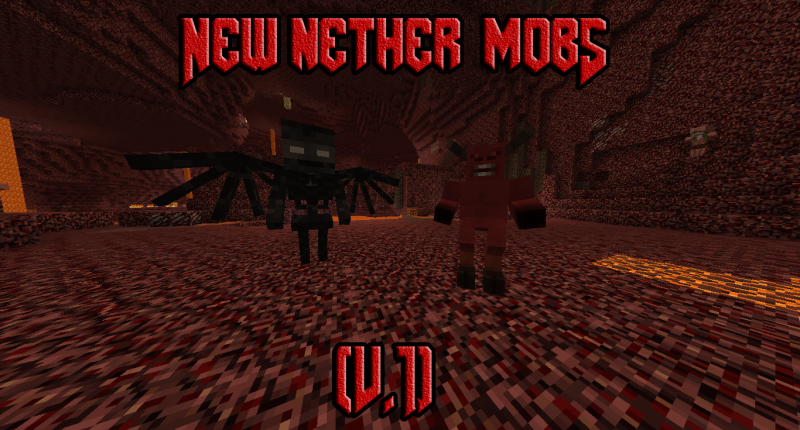 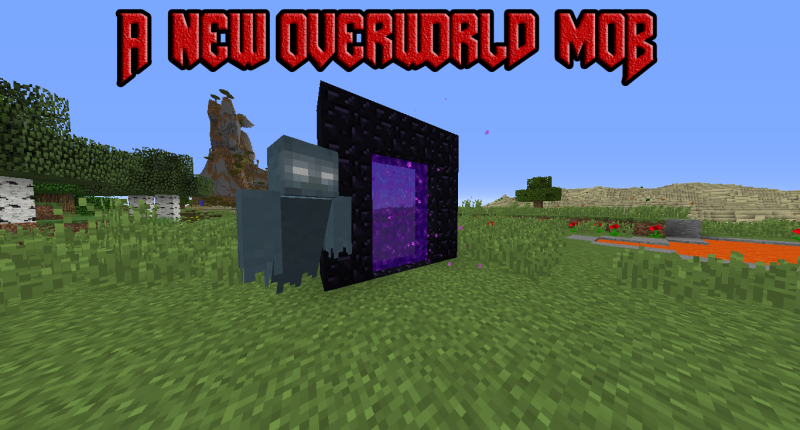 Welcome to Pure Like Hell Expansion Mod, this mod has as purpose expand the nether with new mobs, bosses, minerals and more!

The author of this mod has abandoned the development because he is focused on other projects!

Some things to Add in the future:

8 Different Mobs (Currently there are only 3 of them)

Different ways to invoke each boss

New Structures in Nether (and maybe in the Overworld)

You can add new ideas in the comments

Currently, this mod only has 3 mobs:

The Common Demon it's Mob inspired in the Doom's Baron of Hell, which is quite strong, because it has 50HP and 10AP. It has 2 big brown horns in its head, and hooves instead of feet.

This mob has 2 Drops: The Demon Flesh (Common drop), and the Demon Horn (Rare Drop)

The Fallen Angel it's the first stage of the Withers. These begin as Fallen Angels, then, their wings fall off and they merge into Wither Skeletons, then Nether Guards (Mob that hasn't been implemented yet), and finally into a Wither Boss.

The Lost Soul is the previous state to be a Fallen Angel/Angel. These roam the worlds of the living and the dead, without any purpose, forgotten by themselves. These are hated and treated as scum within the Nether. It is the only mob that is not specifically from nether.

This mob has 1 Drop: Himself, the Lost Soul

To get this item, you will need to break a Wolframium Ore Block with a Diamond Pickaxe. If you put it in an furnace, you will get a Wolframium Ingot. (And yes, this mineral exists in real life https://en.wikipedia.org/wiki/Tungsten)

If you put a Wolframium piece in an furnace, you will get this item. It can be used to create armor, tools, blocks and more.

To get this item, you will need to use normal Leather and Demon Flesh, to create the Demon Leather. It can be used to upgrade your Wolframium Armor, to the Infernal Wolframium Armor.

Currently, this mod only has 2 Armors

This armor is made with Wolframium Ingots and blocks, and every part gives you Resistance. This armor absorbs 32 damage in total.

This is an Upgrade for the Wolframium Armor, made with the original armor and Demon Leather. The Helmet gives you Night Vision, and the other parts Resistance and Fire Resistance. This armor absorbs 42 damage in total.

Currently, this mod only has 3 Tools:

This Tool set it's made with Wolframium Ingots, Blocks and Blaze rods. The Wolframium Sword, gives SLOWNESS to the enemies it touches, and the Pickaxe an the Axe gives you HASTE when using.

This ore can be found once in a while in the Nether, and can only be broken with a diamond pickaxe to get a Wolframium piece. 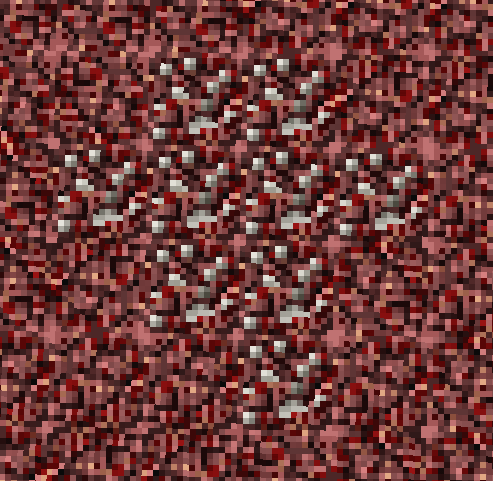 You can make this block with 9 Wolframium Ingots in a crafting table. This block has 50 Resistance points, it's more resistance than diamond block and others.

Make your suggestions and improvements in the comments.

how do you put images and the blue bars in the description?

Would you mind if I rebooted this mod within mine?