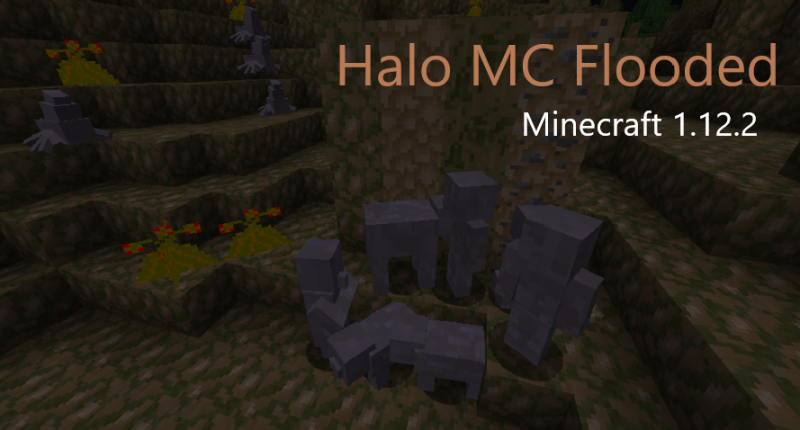 The flood from Halo have now invaded Minecraft. The flood will work tirelessly to infect the entire minecraft world; first the animals, then the mobs, and even the very blocks that your house is made of. You are the only being powerful enough to stop this mounting threat.

Flood blocks spread to other blocks

A discoverable cure to the flood

An infection system which effects the players

A keymind dimension where you fight an endgame boss

And a weapon system involving the flood like flamethrowers and other useful halo weapons against the flood.

But if you are interested if finding a halo flood mod i am reworking this one with my own code this time,

Removed the chicken because of a few animation bugs

Love Halo so, love it :P, but can you make, when a "nether portal" is touched, it transform into a "flood portal" so it create a "Flood dimension" :D

Nice mod :)
A little more detail in the description would be nice though.

ok thanks for the feedback will lengthen the description

If your gonna make a flood infected pig, this mod is gonna be sick

for some reason i always have to point this out, I mean "Sick" as in cool

Can you do more infected things? Also flood growths? And more diverse biomass?

Thank you everyone for your input but out of frustration with mcreator I am moving to coding it myself so it will take more time but the end product will be better and i will inform you all when I release v1.0 of the new mod