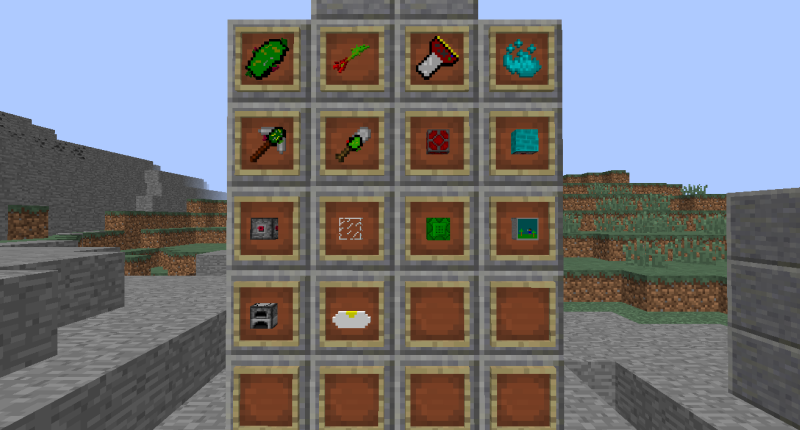 All the blocks and items!

In this redstone mod you can create even more redstone contraptions in your minecraft world!

-Laser door on/off great for a jail cell or door!

-one way glass not quite sure why you would need this for redstone but still of usel!

-Power Generator  works like a redstone block. also used in some crafting recipes.

-Particle Generator used to spawn your own lab and create a villager!

-TV! when clicked on it changes frames. (not very amazing)

-Upgraded Furnace! still a work in progress and is supposed to cook an egg into a omelet but it wont...

-Circuit Board used in many crafting recipes.

-Reclamer (not sure why I called it that) is a item that allows you to make other items that don't have a crafting recipe.

-Essence when you die you get a essence, this item is used in many crafting recipes.

-Zaptoid Crystals used to give a almost unlimited fuel to your furnace although extremely rare.

-Automatic Iron Pickax is much more efficient than a regular Iron pick.

-Automatic Iron Spade is much more efficient than a regular Iron spade.