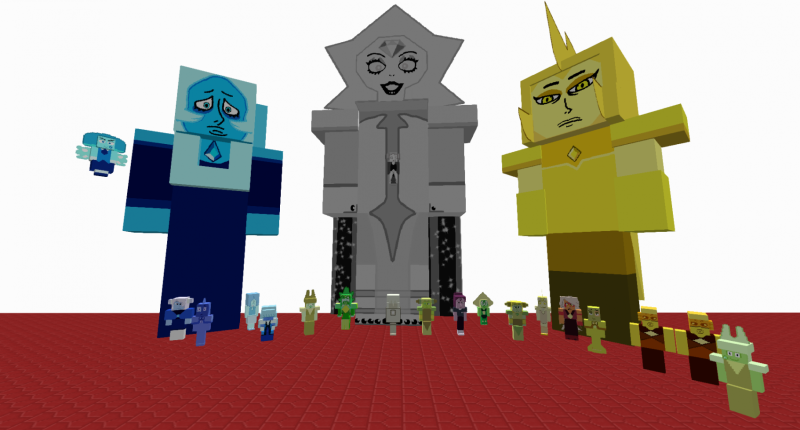 Gemtopia is a mod heavily based off of the ended series Steven Universe :(.  It will be adding some gems from the tv series, games, and some gemsonas.  The mod will not be following the original series but my version, which is a perfect utopia of gem civilizations.  So far, the mod is in a beta version because it is impossible to get the gems without creative mode or commands.

LeT Us aDoRe yOu XD

Thanks for the feedback, what is off, so I know what to fix?

I think the face is a bit non-pixely, so maybe you could make it more like minecraft skins.

I chose to do the mod a bit higher resolution, so it's not a look-alike to other similar mods, and I want it to stick out a bit. Thanks for responding, but I don't think I'm going to change the style.