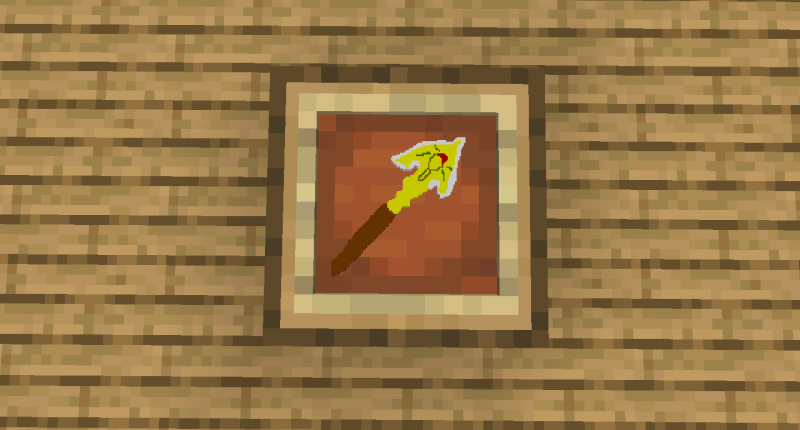 The Arrow that started it all... at least the best Parts... 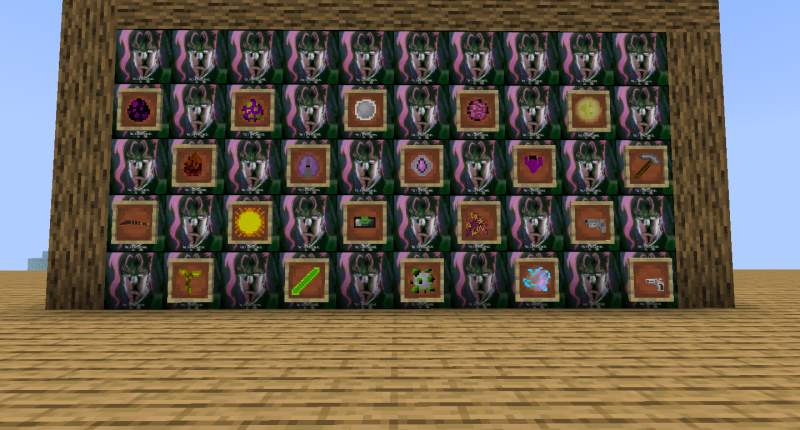 Showing all the stand initiates 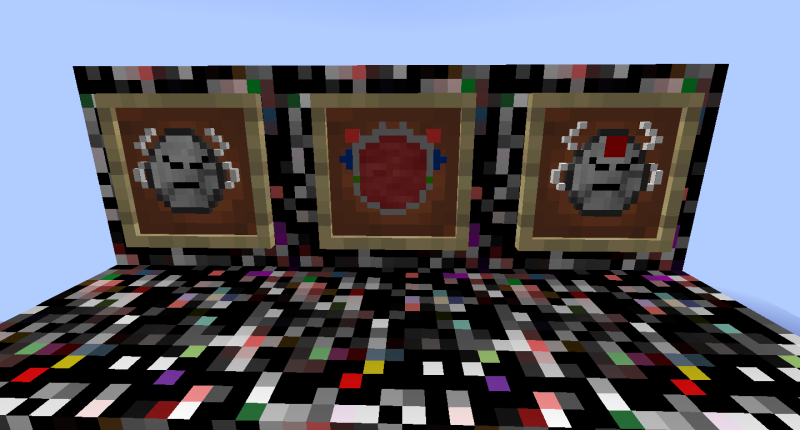 The Mask, the Super Aja, and the Ultimate Mask. 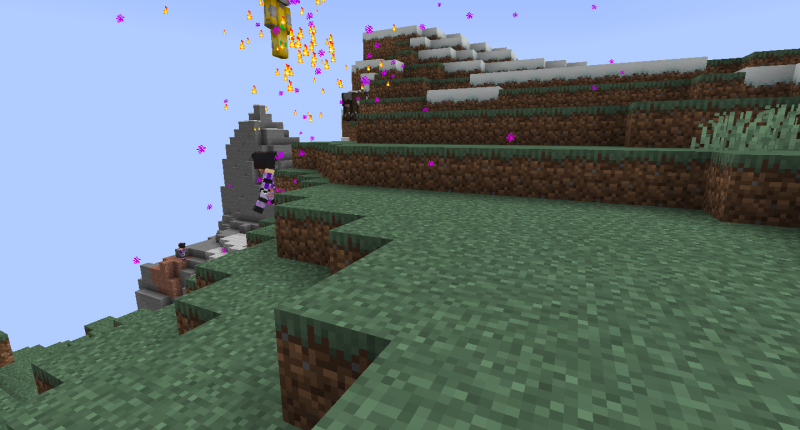 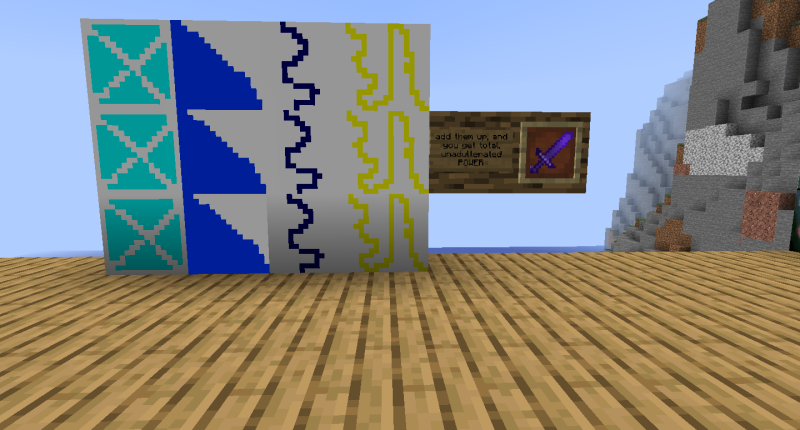 Showing what you need to build the "All Powerful"; not a JoJo thing, just an OP thing that is super cool

NOTE: DOWNLOAD THE FILE FROM THE LINK, NOT FROM THE FILE SECTION. YOULL GET THE FIRST VERSION OF THE MOD THAT HAS LIKE 5 STANDS. also if it tells you you can’t download because of a song on it go out and go back in a couple of times

Also if you want me to make a mod from a different anime put in comments ill see what I do...

In JoJo, there's these things called stands. Stands will be found in the Racketiering dimension, or in the Overworld. In order to get stands, you have to kill the stands you find or build an Arrow, which can be made with the virus dust ore. So when you see Hierophant Green, you have to kill it to be able to summon it, unless you get it with the loot table. Some stands are bound to items, like Anubis as a sword, and Emperor and Six Bullets as guns. Once again the stand arrow if you build it gives you a random stand you can use to play the game.

Each stand has its own abilities, like Magicians Red with fire, Golden Experience creating life, or The World with stopping time. So far, this mod has 26 operable stands. Most of them are fine and operate well, while others can be a little buggy, like Killer Queen with Sheer Heart Attack. A list of stands and their abilities are shown below.

-Anubis- buffed speed, strength, regeneration, and jump (plus a sword)

-D'arbys Stand- sends person to d'arby dimension (or to come back from any other dimension; hit yourself with the bullet to go there/back yourself)

-Moody Blues- No ability, still figuring out how to even do it’s ability

-Pearl Jam- Mega buff for pretty much everything

-Sun- makes it day and turns off daylight cycle.

-Death Thirteen- If it's night it's instant kill or much damage, during day not sure what exactly happens.

-D4C- Bugged out at the moment next update I'll fix

-GER- Giving the closest player infinite health but infinite weakness. i cant return things to zero but ig i can make them not change at all?

-CMoon- Levitation to every entity except the stand and the user. Really funny to use

-20th Century Boy- Infinite Defense but you can't move. At all

Other updates: hamon actually works on vampires well now, vampires on F9 can shoot the space ripper stingy eyes (the anime said it not me), added spin (not sure how well it works), wrecking balls from part 7, added knives (so you can be super toxic while time is stopped), got rid of Steve Stand (it was so muda i just couldnt)

Next Update will be:

- Hamon GUI so you can get different versions of Hamon

- King Crimson (you guys will love this)

- Stands are tamed on spawn, so that means stands actually defend you and will attack what you hit, though I still don’t know how to do range.

- The World Over Heaven (already done, gives you time stop infinitely and creative, though I am still working on bugs)

I have in development:

- I have so far made 4 different version of Hamon for the next update, and I think 5 to go. Oh this will be fun having hamon

- Vampire buffs and powers (like freezing, sucking blood might be a thing guys B)))), and maybe an Easter egg for Enrico Pucci since Dio's gay for him? idk)

- Six Bullets having heat seeking so it’s NOT terrible

- binding abilities to a key, so the right click could be for something else or just despawning the stand

- Aerosmith/ Lil Bomber depending on what you call it

- Chocolate Disco (that’ll take some time I hope everyone knows)

- Beatboxer (not a stand from jojo just something that if I had a stand this is what it would be, so maybe it could be a default stand?)

https://mcreator.net/modification/55189/i-am-rock I’m gonna combine this kids mod with mine and give him credit, his names NikG I believe and the fruit/rock human is from him, not me. If he tells me to take this out of my mod I guess I’ll have to but I doubt he will, but I’m not a jerk so the credit for that goes to him. Everything else is my work tho B)

You can do stand fights with your friends by each attacking the others stand they summon. Will find a better way to do this at some point, but if you guys have ideas then tell me in comments. This a genuinely fun mod that adds a lot to the game.

Download this mod, share it to your friends, and upvote. Because this is the best JoJo mod out there.

This is the zip file:   http://www.mediafire.com/file/xnjswp4znioka31/jojomod11-15.zip/file

Please leave a comment because I don’t have much feedback on this mod and want to make it the best.

There's a planetminecraft forum for this mod (sorry discords blocked for me) so if you have questions put them in this forum: https://www.planetminecraft.com/forums/minecraft/modding/jojo-mod-608110/

Give me your feedback in the comments!

Downloads
Modification files
jojomodzip.zip - go back to the link did you not read18.96 MB
Changelog
Changelog

Other updates: hamon actually works on vampires well now, vampires on F9 can shoot the space ripper stingy eyes (the anime said it not me), added spin (not sure how well it works), wrecking balls from part 7, added knives (so you can be super toxic while time is stopped), got rid of Steve Stand (it was so useless i just couldnt)

Im working on killer queen, Silver chariot, Iggys stand (forgot the name), Iggy as a mob, Golden Experience (it's not too hard), that Zipper stand, and Narancias stand (That's gonna take a while). I'll update the mod right after i finish these stands.

Iggy's Stand is The Fool.

An idea I'd like to see is Purple Haze, like if it hits something a wither II gas gets created.

Thank you, I'll probably start working on that after I fix The World and make it stop time, and Killer Queen's bugs.

guys REMEMBER THIS LINK IS THE ONE YOU WANT FOR THE APRIL UPDATE:

If you have any ideas, please post them here. I'll read them and depending on the idea I'll put them in.

Well, considering I haven't got a single comment in 2 weeks, I'm gonna take a long shot and say people like my mod?

and can you make a .jar version of the mod because i can't play with the .zip

alright, i'll do that.

i put a pmc forum since discord was blocked by my parents (they're not into social media) but at least its something.

okay thanks you :D i can play now !

All right guys, I fixed The Worlds time stop. It’s official- it’s not lag. I am making C Moon, Crazy Diamond, and I’m going to make GER soon. Not sure how I’ll do it, but maybe the person you use it on can’t take or give damage for ten minutes. That might be toxic though so tell me what you guys think would be more reasonable. I’m going to release the stable release in maybe two weeks, but don’t keep that word for me since it might be closer or later depending on how much more I come up with.

And tomorrow- GER AND SHEER HEART ATTACK. eheheheh this is gonna get good

YOU THOUGHT IT WAS A MOD, BUT IT WAS I DIO!