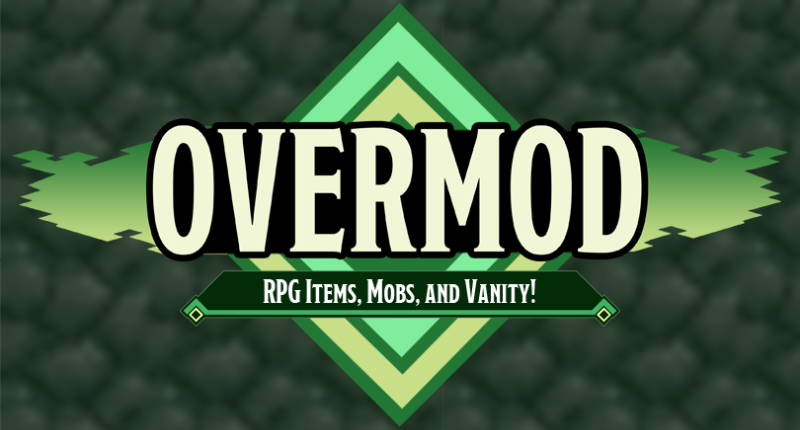 Mobs mini-update is released! Adding mobs such as the Wendigo and Sirenhead into the game!

Runic Expansion is released! Introducing more weapons, more mobs, 2 new dungeons, and some special community requested elements like the Obsidian Sword from SU, and The Leviathan from GoW!

For images of some what has been added, you can go to the mobs and items section below.

Ever wanted Minecraft to be more RPG-esq? Enhance your world with items and more mobs? Mix up Minecraft with various RPG elements? Then welcome to Overmod! A mod that adds in vanity and useful items, blocks, and mobs inspired by many RPG "worlds" from DnD, Baulder's Gate, to animes like Danmachi, Overlord..etc

This mod is still in early progress, more content will be added. But there's enough content for you to glimpse at what this mod will become! If you'd like more frequent updates, check out what's on the WIP list, or even suggest your own ideas, feel free to join the Discord server! https://discord.gg/bG7p9A3

This mod is also suggested to be used with iChun's mod Morph, so you can "pick" one of the characters you'd like and play as it! (What are characters? Keep scrolling!), as well as RPG HUD, and JEI (for recipes).
Here are some of the content of the mod:
- Mobs: 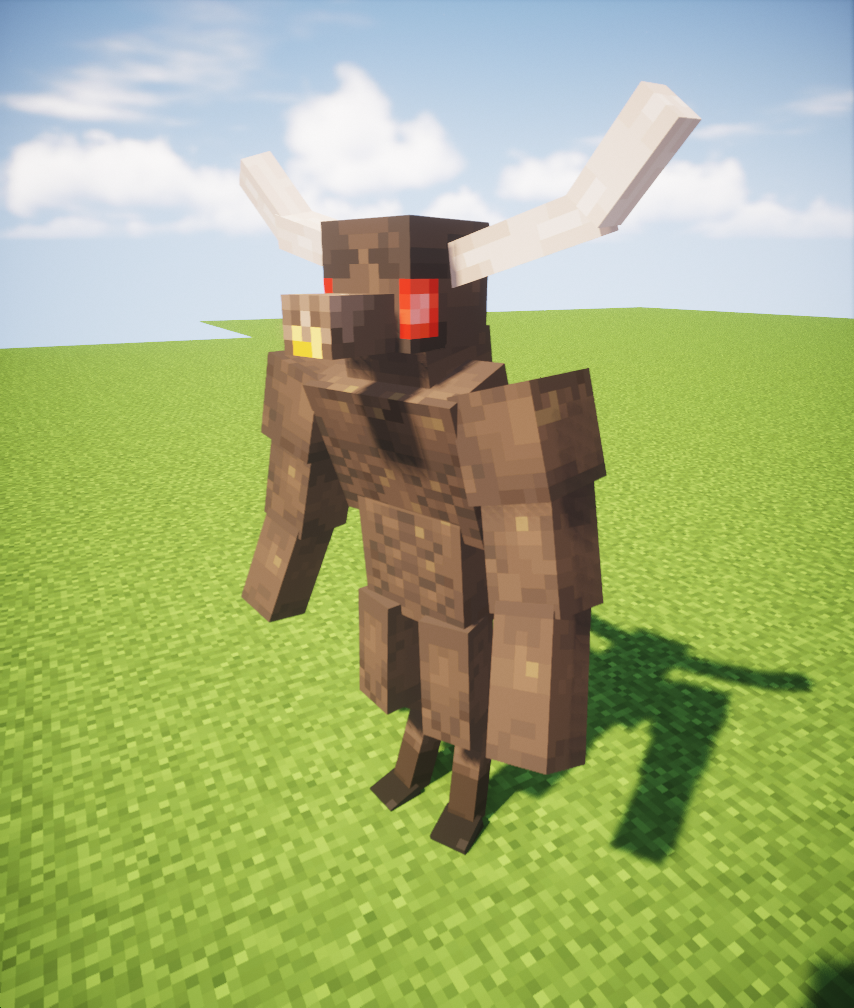 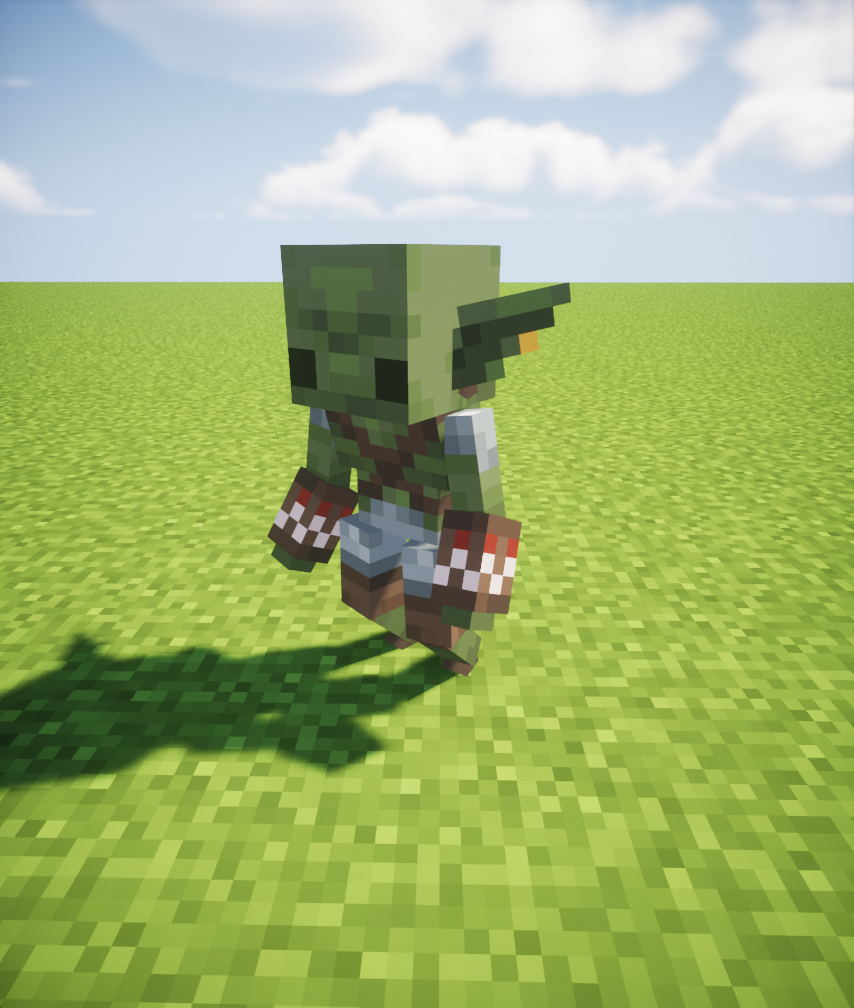 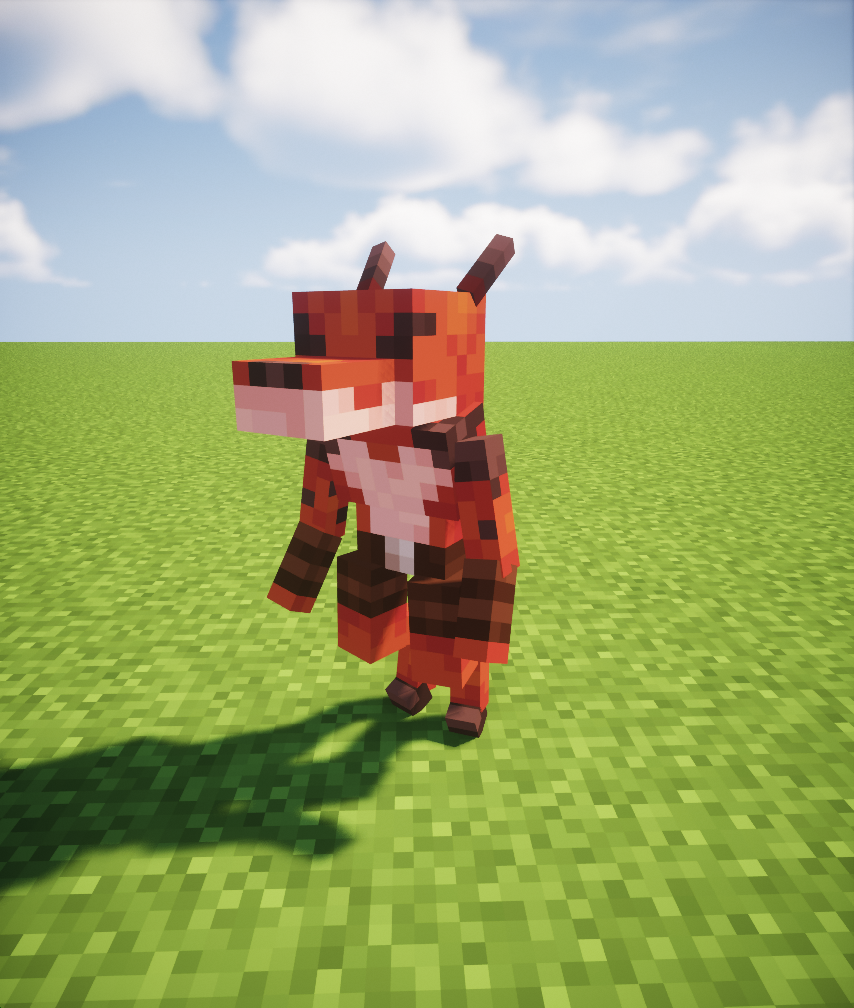 Lamia! Spawns in the swamps: 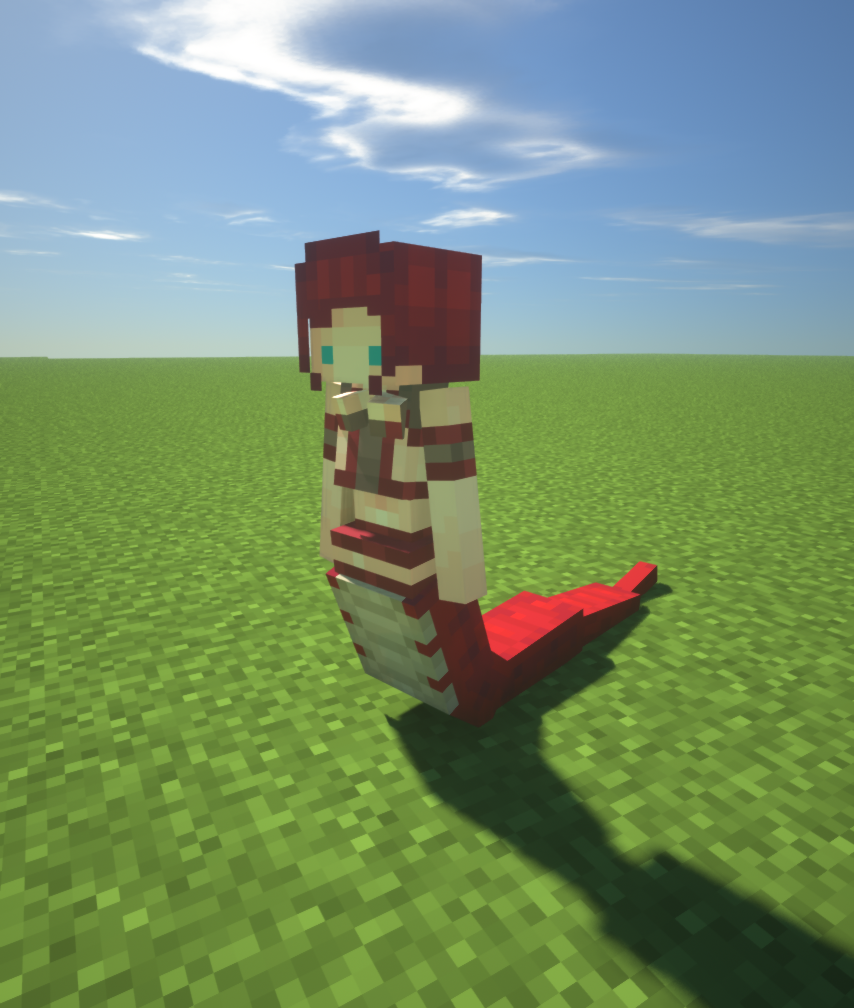 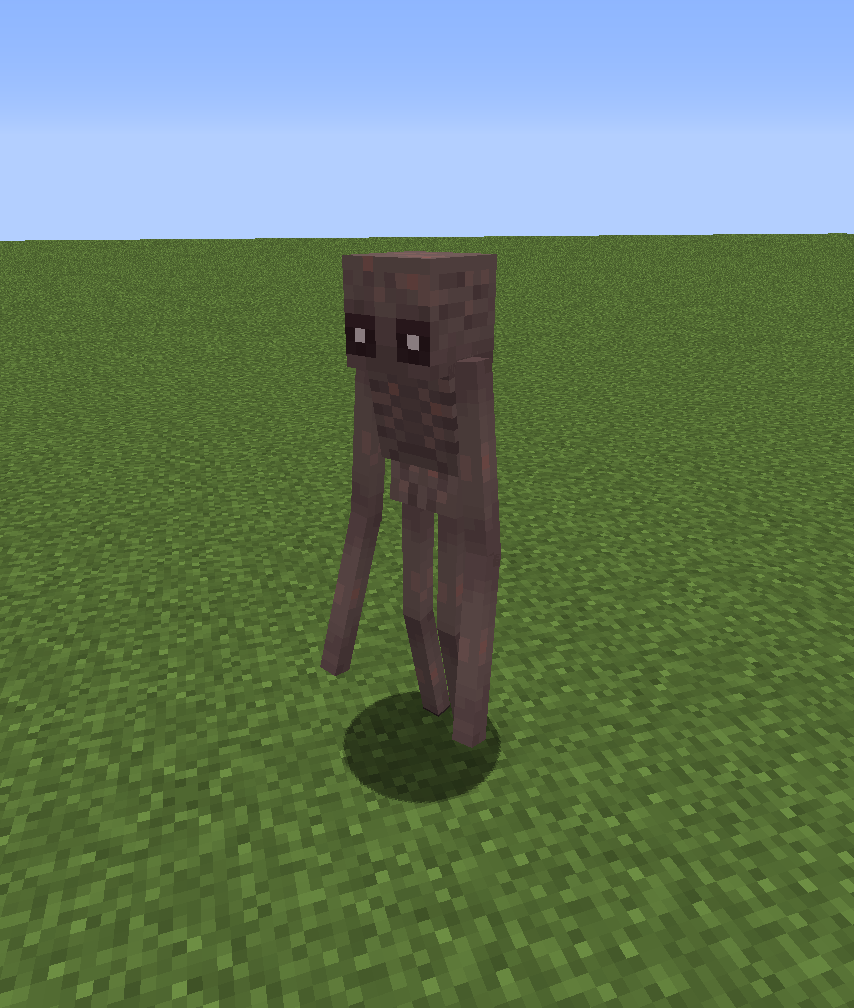 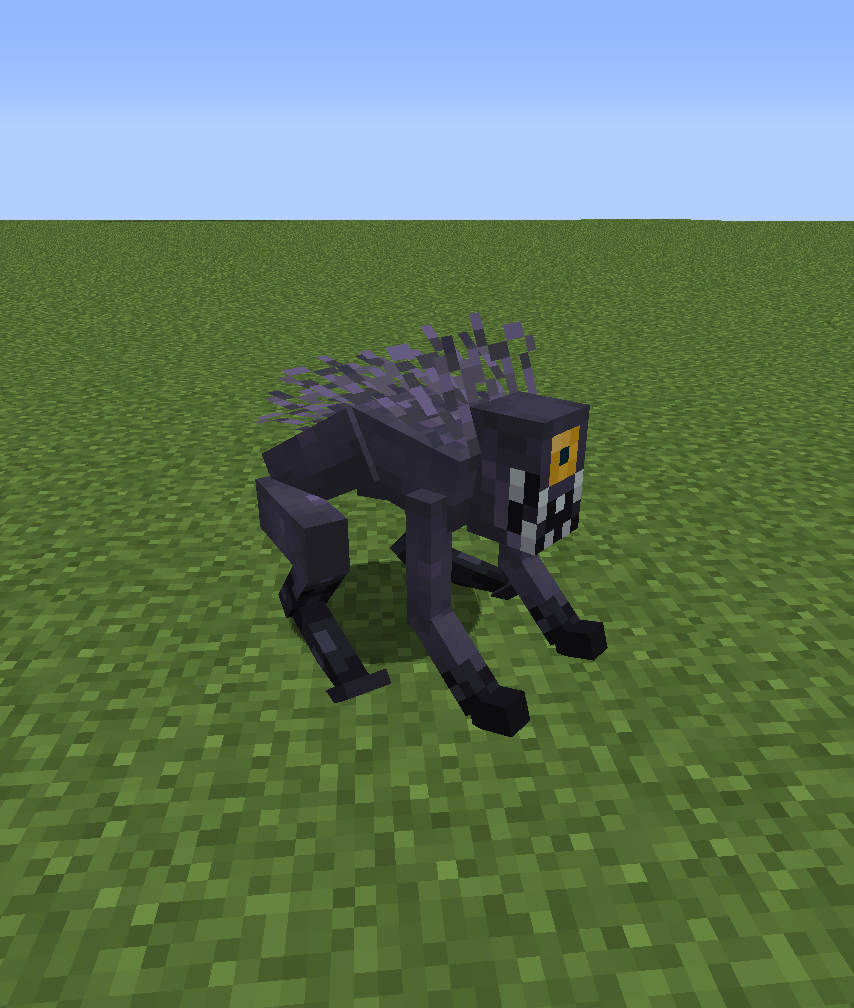 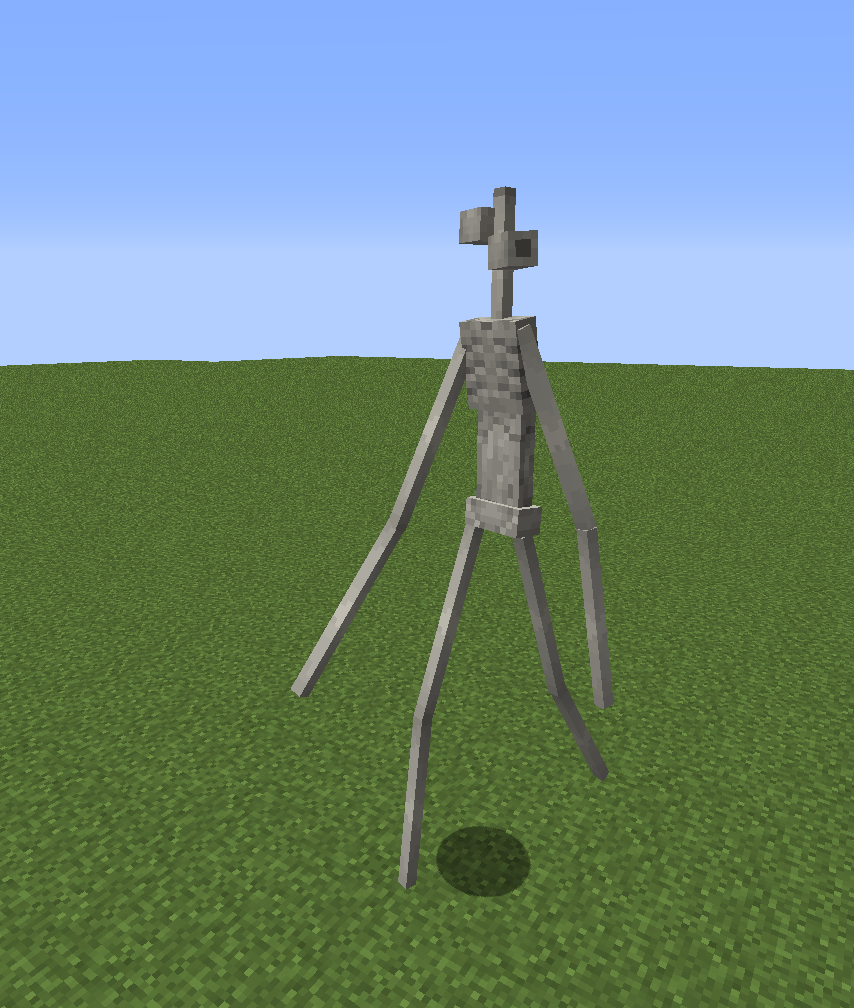 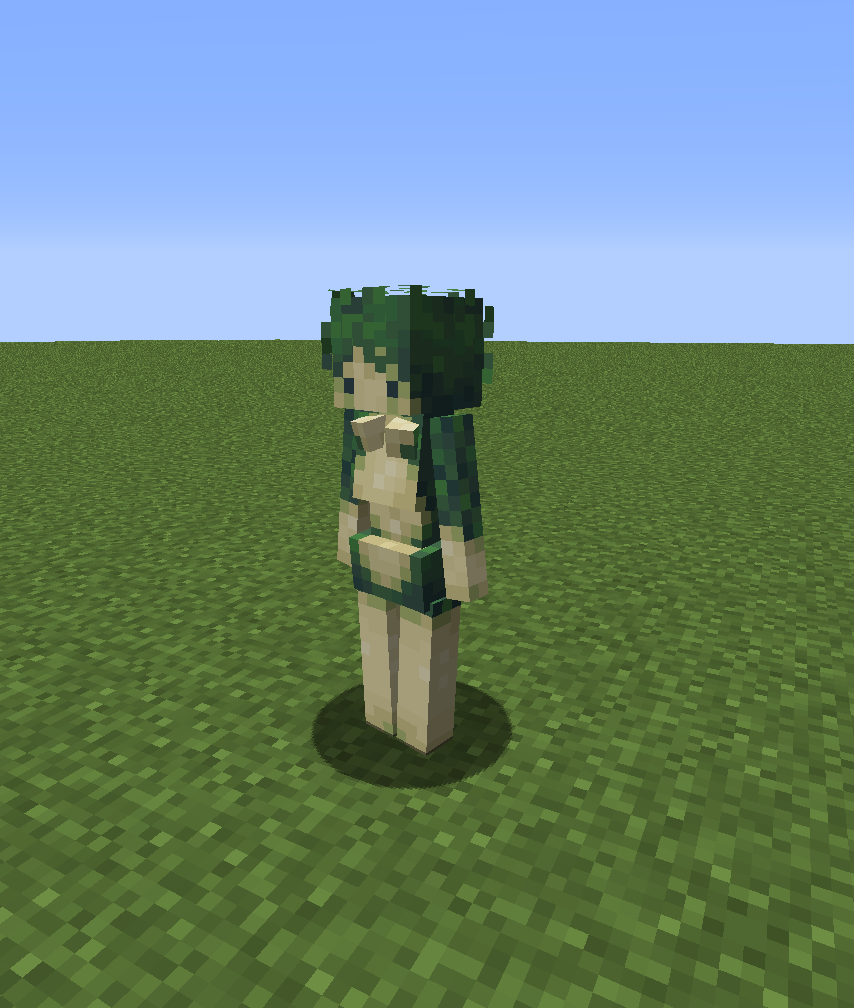 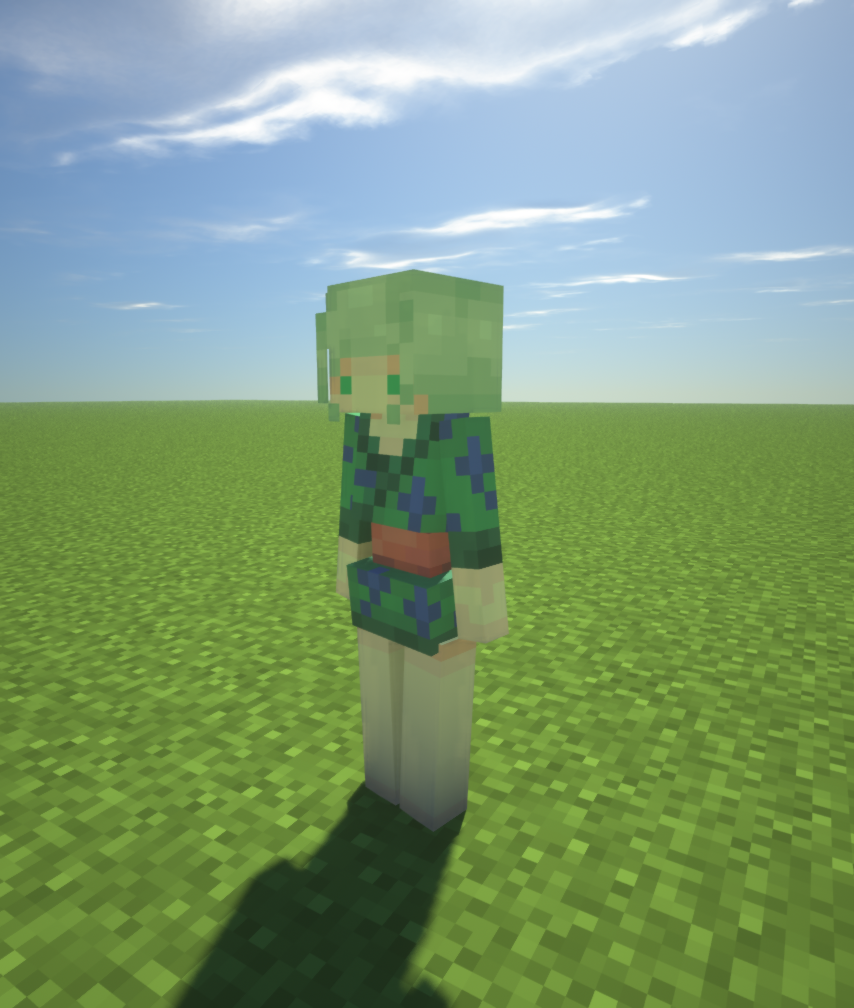 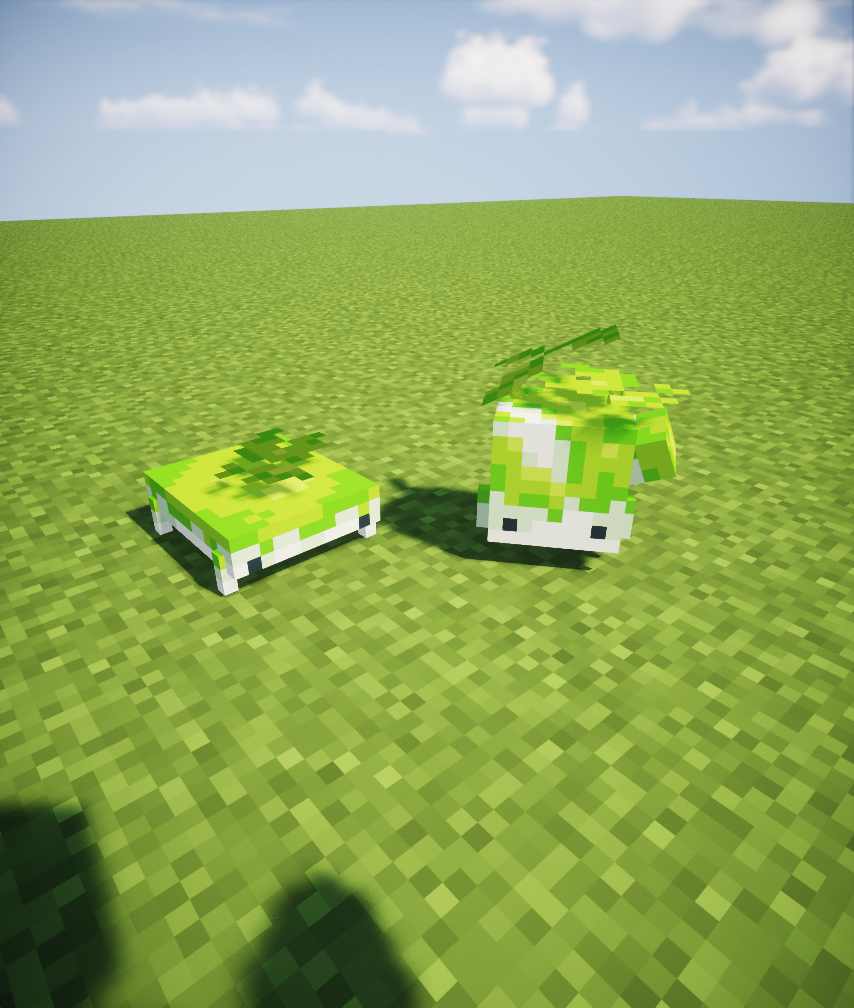 - Various custom modeled characters! (Currently, character mobs don't have much of a use, but I have plans to make new villages and have them spawn in there. ) 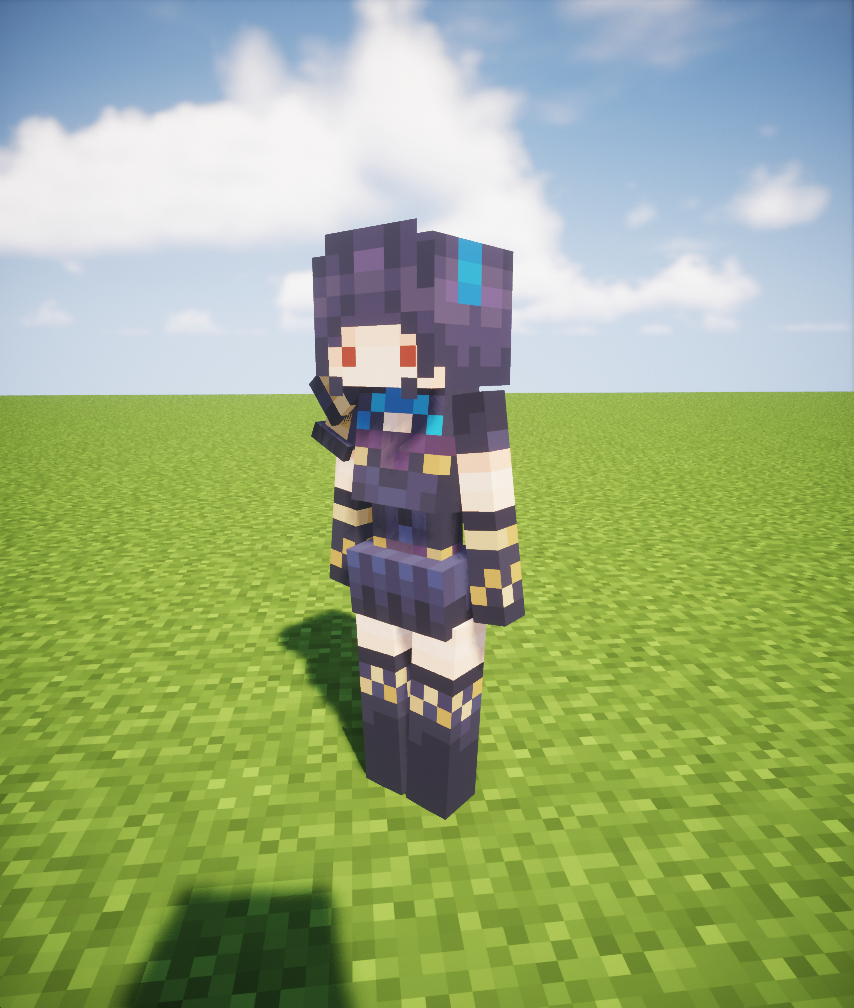 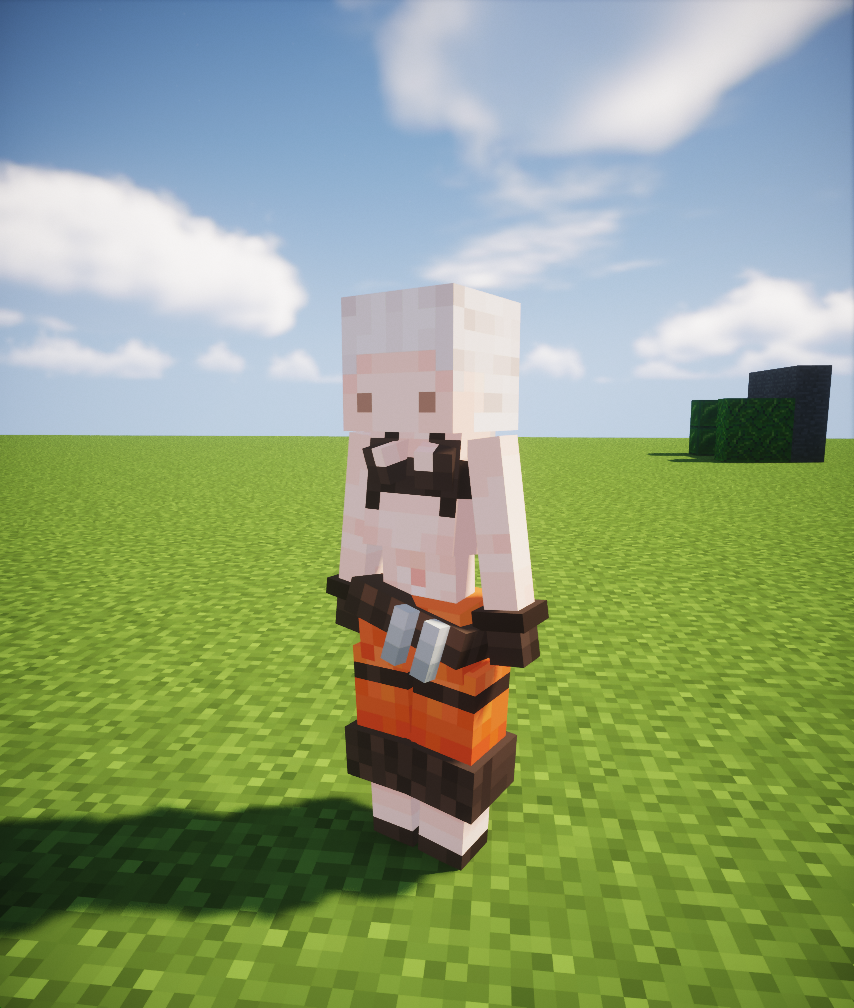 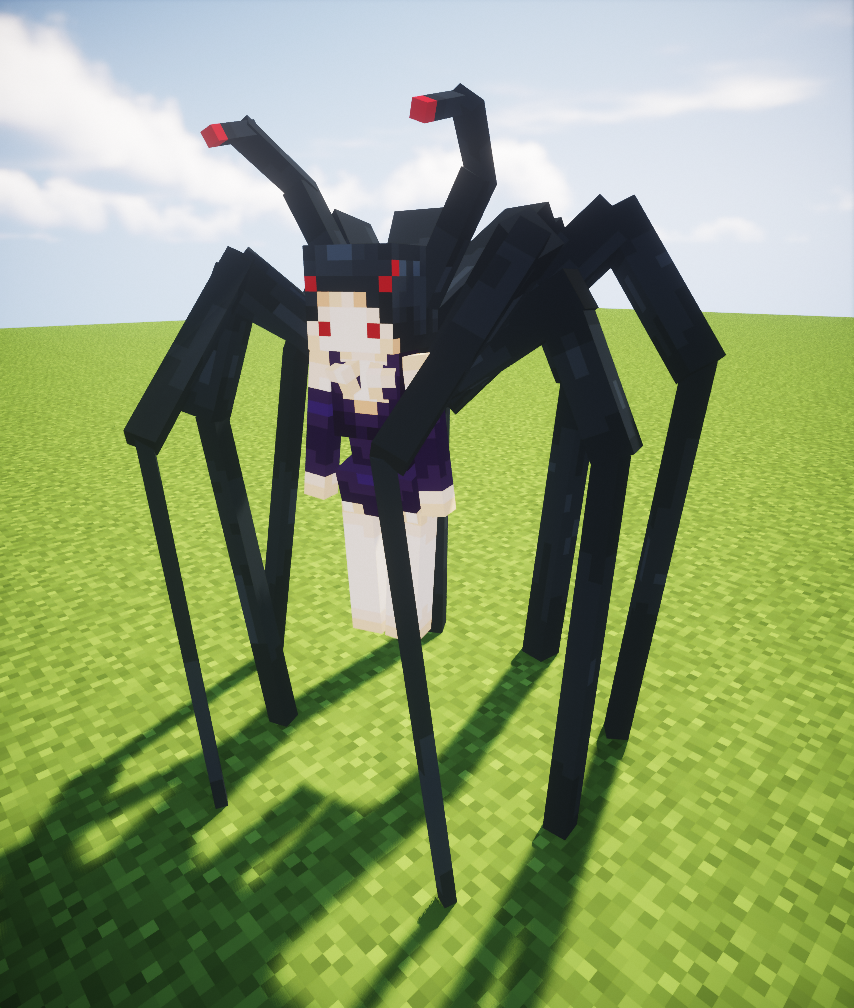 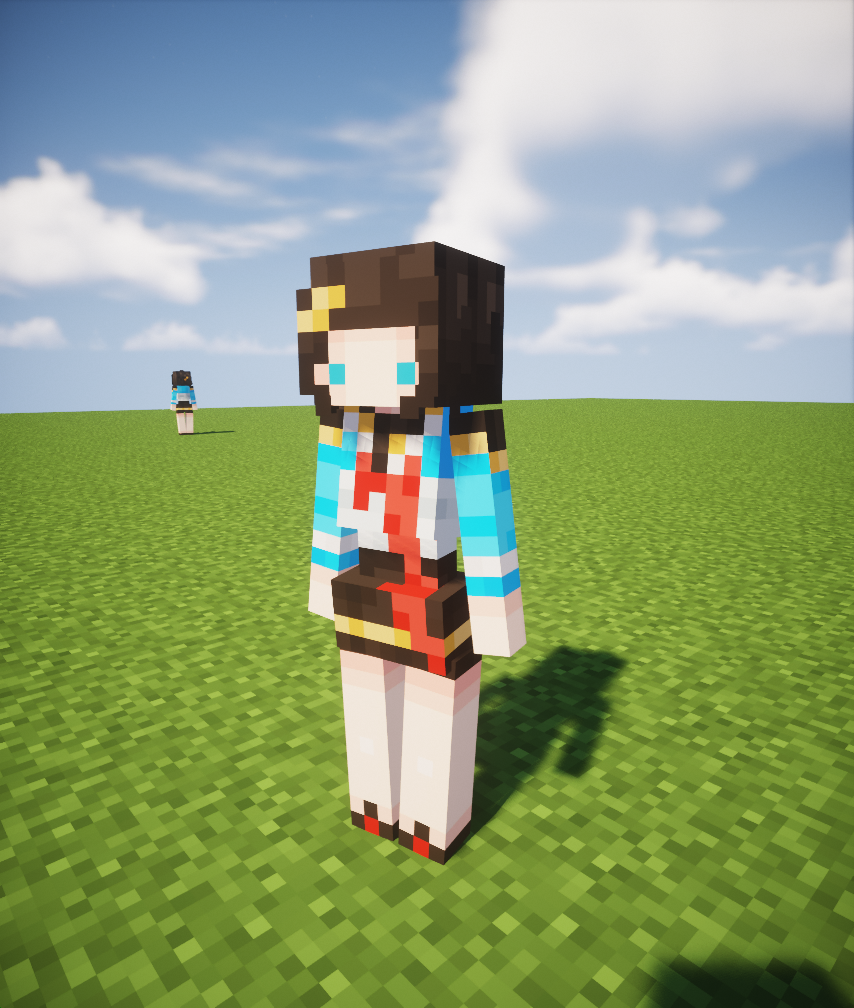 - New swords (Some are 3D modeled, some are not) 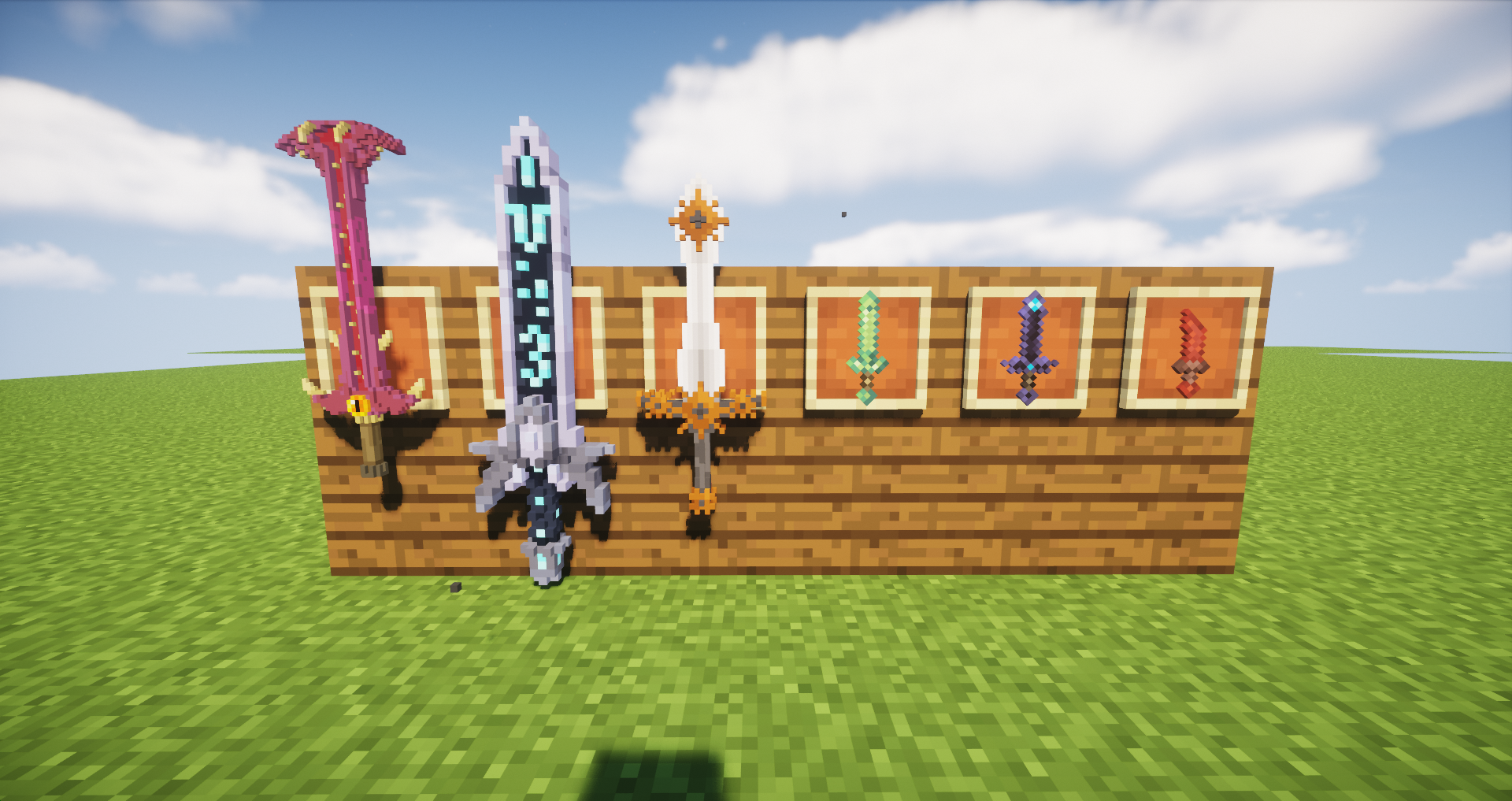 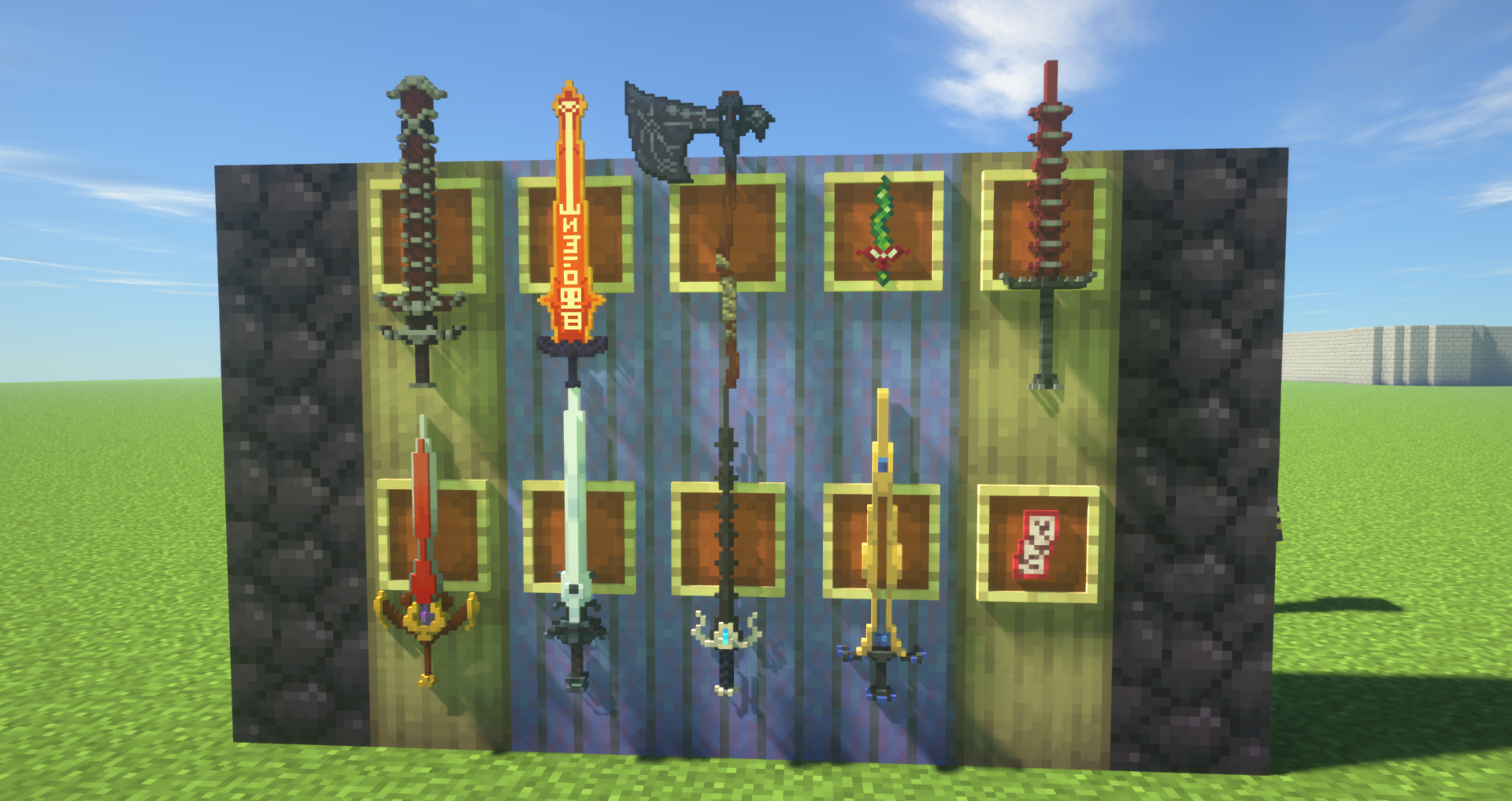 More and more items, blocks and mobs are planned to be added, some original some inspired by other games/shows. If you'd like to suggest anything, feel free to do so in the Discord server or in the comments!

- More of everything in general!

While it's small now, I have quite a big of a list of stuff to add! As this is my first mod, it may be a bit buggy, but I'll be ironing out any issues as soon as I can.
Currently I have no plans to update it beyond 1.12.2, please don't ask. I'll let you know when and if I will update it.

- Proudly made with MCreator! Despite all the limitations and "stigma" against it, I still find it quite the amazing tool that allows newbies who have little knowledge in modding, make mods such as this! While putting most of my focus on modelling and texturing.
If I were to update the mod to more recent versions of minecraft (1.15+), I'll probably code it from scratch, as I'll be gradually learning Java!

- Some sounds are from Zasplast.com

I hope you like what you see! if you have any questions feel free to comment them!

Look like really good, This 3D models are perfect!

nice mod, but the name and the logo...

Thank you.
As for the logo, I do plan to fix it up soon! though I do not plan to change the name. thank you nonetheless!

Wow! These models, textures... just epic! But you realle should improve the logo.

Thank you for your comment! I'm well aware of the logo being not that great, I'll be updating it as soon as I can

For a first mod, I can only say this is a amazing mod and you have made very nice models and textures! Congratulations for winning the MOTW! :D

However, I suggest you add some screenshots with your logo. ;)

Are the screenshots in the article itself not good? I'll add some screenshots later. But thanks for commenting! I really appreciate it

for the 3D model (weapons and block) try adjusting the display in the model config (if you made your model in blockbench it's simply an option in the top right) so they fit in the GUis and don't overflow it otherwise your mod is really good and give me a Grimoire of Gaia feeling :)

Hey! I meant to make the display of the weapons a bit bigger than the box of the GUI, as any smaller is practically removing all the details from it. But I'll take your point in consideration, thank you!