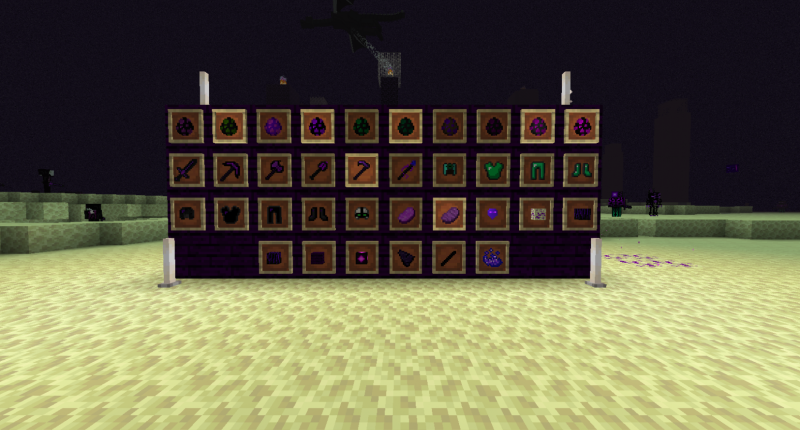 A mod that adds new mobs and items to the end!

There's also a few side items i added like the Night Vision Goggles and a side recipe for the saddle.

I couldn't get the images up for the mobs sadly because they were "too big". You can see some of them in the back of the image for the mod though.

I hope you guys enjoy the mod! Let me know if there are any bugs with the mod!

Here are the names of the new mobs:

The fight has been changed alot. There are a lot more end crystals that spawn now and the new mobs add an extra challenge so i recommend getting some diamond armour and eye of ender armour crafted with eye of enders and diamonds (there will be a video on the crafting recipes). Eye of enders and ender gems are sometimes dropped from endermen so if you see any FRICKING BEAT EM UP.

How did you manage to make mobs spawn in the end biomes?