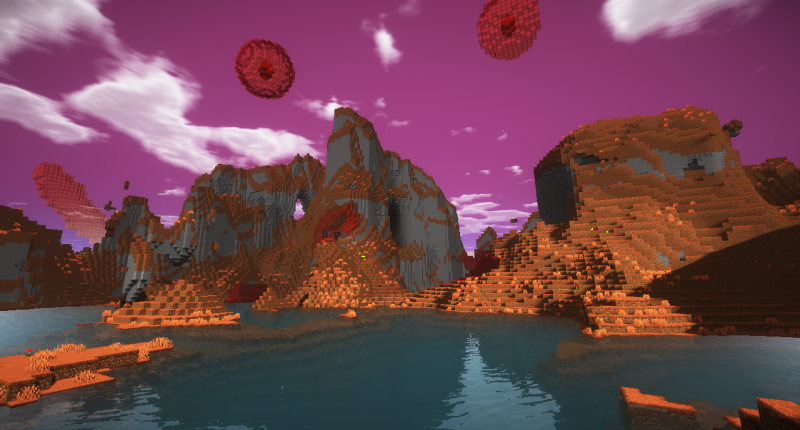 This is what the Gem Biome will look like 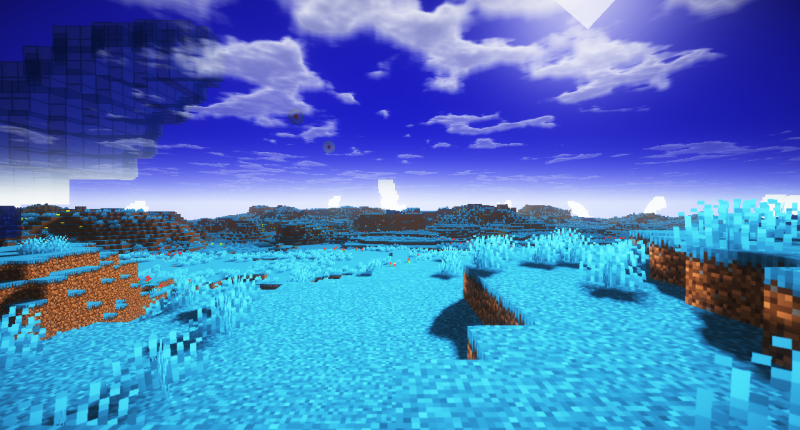 This is what the Blue Gem Biome will look like 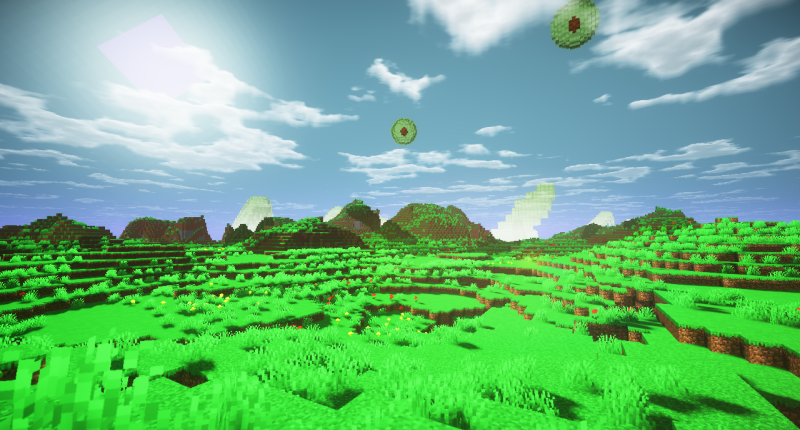 This is what the Green Gem Biome will look like 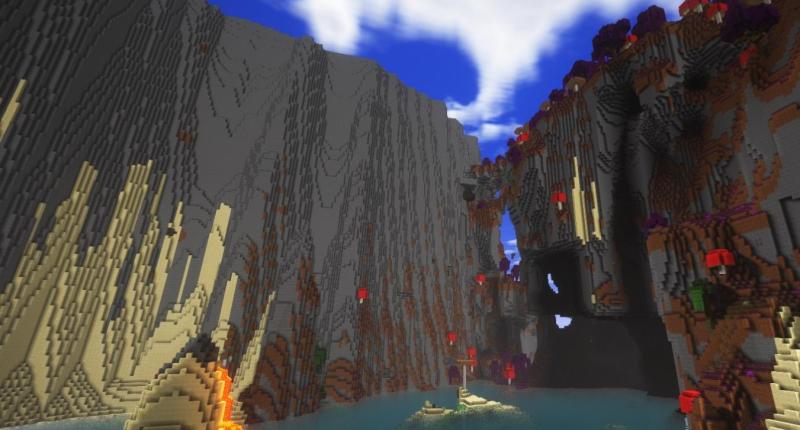 This is a combination of the Wall and the Warped Biome

BioBundle adds 31 new biomes to minecraft with there own distinct features such as custom structures spawning and custom mobs (soon).

The Deadlands: A biome filled with the bones of gigantic creatures.

Bushed Forest: A forest with bushes

Pillager Paradise: A lot of Pillagers

Gem Biome: A red biome that has large crystals coming through the ground and floating.

Blue Gem Biome: A blue biome that has large crystals coming through the ground and floating.

Green Gem Biome: A green biome that has large crystals coming through the ground and floating.

Stone Desert: A desert made from stone

Birch Highlands: I think you get the idea now. High place with birch trees

Warped Biome: A purple biome with a warped terrain generation

The Wall (with two variants): Acts as a world separator.

White Legged Spider: A different variation of a normal spider

Silk Thrower: A spider that spits webs at the player

Dark Ghast: A very small ghast which is black

the biomes look epic, but maybe it's just your shaders.

Yes, it states this in the "Latest supported Minecraft version" section.