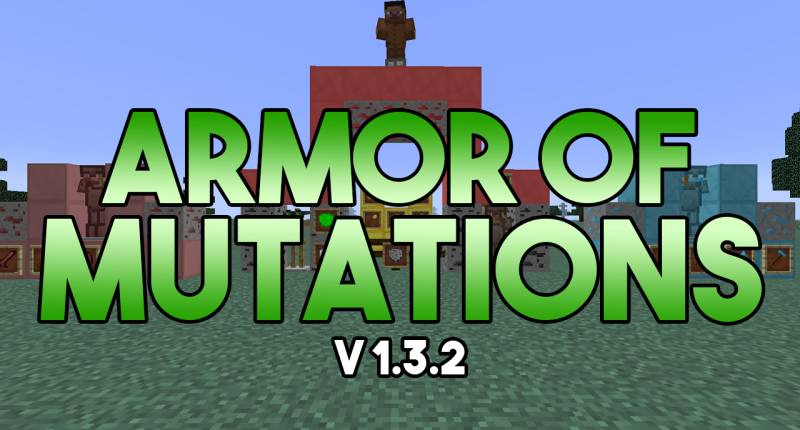 Armor of Mutations is a Minecraft mod that mutates tools and armor for your benefit, and in this current version there are three types,

Charred armor is an instrument of death. In this version, the armor gives regeneration.

Icey armor is an instrument of escpape. In this version, the armor gives resistance.

Essence is used to create special armor such as the Invisibility Cloak, Night Vision Goggles, Rabbit Armor, Leaping Boots, and Haste Tools. The essence is plain at first until you put the essence around the item to create that specific essence.

Icey and Charred are copies of eachother with their damage, rarity, and defense.

(All pieces have a toughness of 3)

Rabbit armor is used for traveling and escape. You only need to wear one piece of rabbit armor to get its effect, which is getting speed 2. Rabbit armor doesn't have as much protection as diamond armor, but has more than iron. In order to craft these items, you need essence (see below for crafting and above for an explanation)

An invisibility cloak gives you invisibility (and the chestplate, leggings, and boots don't have a texture, so it is just invisibility), and in this set it has night vision goggles, which give you night vision, but these aren't invisible. These items cannot be enchanted, and have little defense. In order to craft these items, you need essence (see below for crafting and above for an explanation)

Haste tools give you Haste 2 (Who would've guesssed), and in order to make them you need to craft a Haste Gem. These tools only include a Shovel, Pickaxe, and Axe. These tools have the same efficiency as Charred and Icey tools, but have a lower durability and harvest level (In this version of the mod the lower harvest level doesn't matter, but in future updates Charred and Icey will be able to collect blocks that Diamond and Haste can't collect)

Magic Ingots are used to create magical items (not many magical items in this version, will be added later). This ingot is used to create magical essence, which is not used for all items, but provides magic for the Leaping Boots (See Below for more). The Ore spawns in the overworld from Y Level 1 - 32 with an average of 4 veins a chucnk, and with an aveerage of 4 ores a group.

Leaping Essence is used to create the Leaping boots, which like it suggests, gives you jump boost. That jump boost buff is Jump Boost 3. These boots are repaired with Magic Ingots and Rabbit Feet. In order to create Leaping Boots you need two Jump Pads (See below for Recipes)

There are 2 new zombies: Charred and Ice.

They can be spawners in a dungeon.

This update changes and fixes...

- For Rabbit armor, you need the iron piece of that armor, 6 rabbit hide, and 2 speed essence (see recipes above)

- Icey, Charred, Rabbit, and Invisibility armor now has a normal amount of durability

That look like really cool but i cant see the images. Add screenshot pls