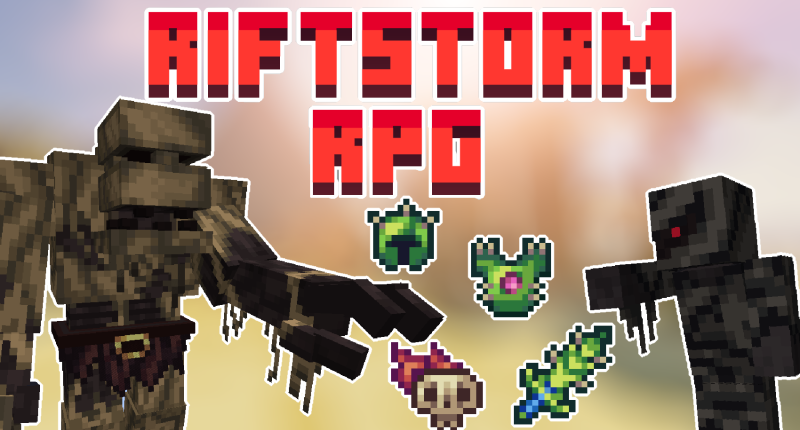 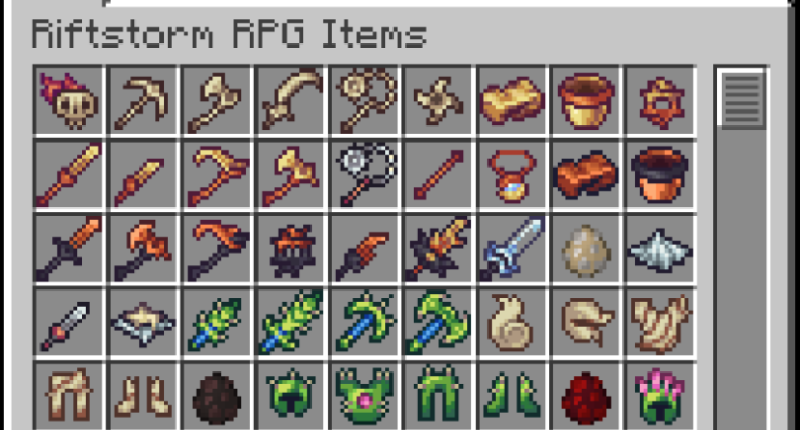 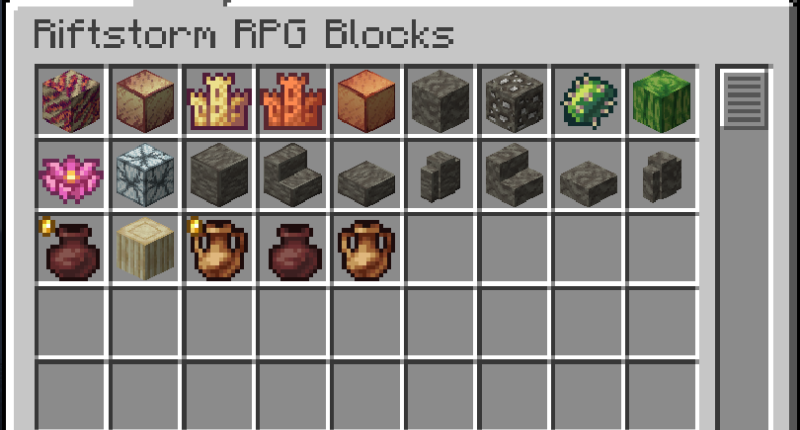 Greetings and welcome! I'm NOCub3, the guy, who wanna try to make a real high-quality RPG Mod for Minecraft, which will provide a new fresh expirence even for skilled players!
The main goals of this mod are both quality and quantity!
Let's check what we have in this mod already:

Undead Gear is a set of dreadful things which will help you survive until the dawn! It was added to make zombie/skeleton farming more useful for players!

BEACH ROCKS - a new worldgen feature to make your beaches feel not that empty!
They can be mined with any pickaxe to get a Seastone Block.

Some of these rocks are overgrown by Limpets. These small mollusks can be harvested by right-clicking them with Iron Dagger.
Limpets are dangerous to be eaten raw, so make sure to cook them before eating!

Sandstone Gear is a Desert-themed or Beach-themed early game gear.

Desert Pendant is an unique item which provides speed bonus when held in main hand. Holding this offhand will not give any bonuses. It is crafted with 5 Sandbar, 1 Glass Block and 1 Sandbar Block

Sandcastles!
To make them use Sandstone Bucket which is crafted with 3 Sandbars! To use the bucket you should Right-click the Sand Block. Make sure you have some Sand Blocks also in your inventory! Then you will build a nice lil sandcastle, which can be collected and placed somewhere outside sand blocks!

Red Sand Gear
It's all the same but crafted with Red Sand and Red Sandstone. Also have boosted speed, efficiency, damage and durability!
And Red Sandcastles are inculded!

And the last two items are two swords.

The BOSS himself! await for next update to find his giant and dangerous Pyramid and defeat Him!

Well, that's all for now, in next updates there will be more stuff to come, including:

+New Gear
+New Mobs
+Modded Mounts (some of them are already done but not balanced)
+New building and deco blocks
+New structures. Dimensions are not planned yet.

Sorry if my English sometimes is bad, I'm a russian youtuber dude who just loves creating stuff, and this is my first minecraft mod submission!
I will be glad to any reviews, also if you wanna support me you can put likes and subscribes

Big Thanks! Soon will be next update!

What video was the new microphone from?

I love this! Textures are great, and new gear is unique.

Thanks, trying to make something really interesting to play and explore! :)