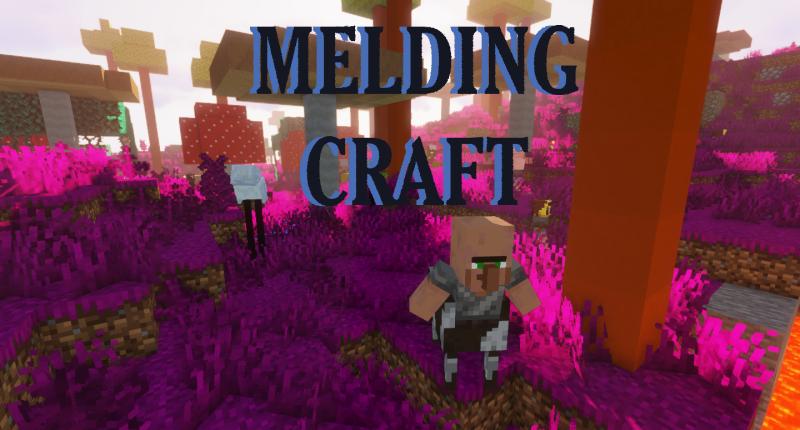 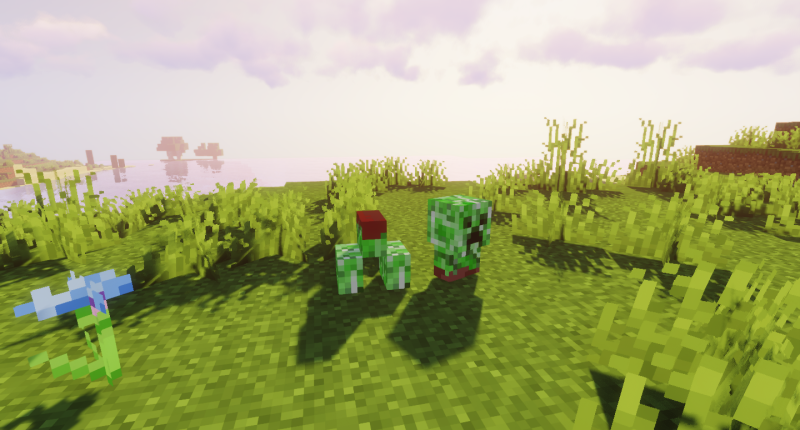 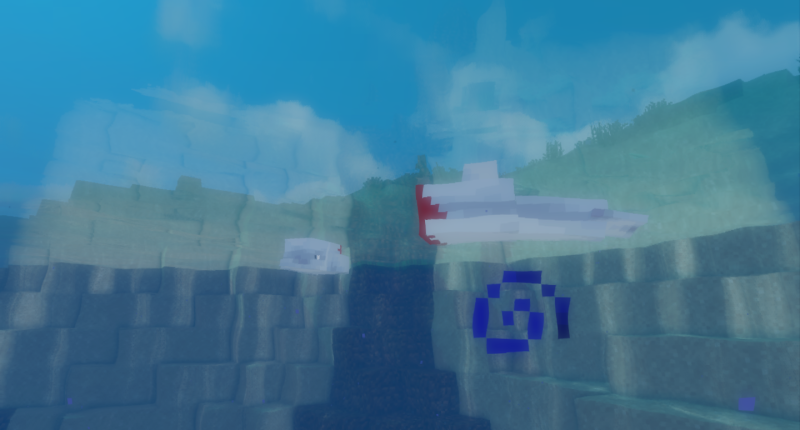 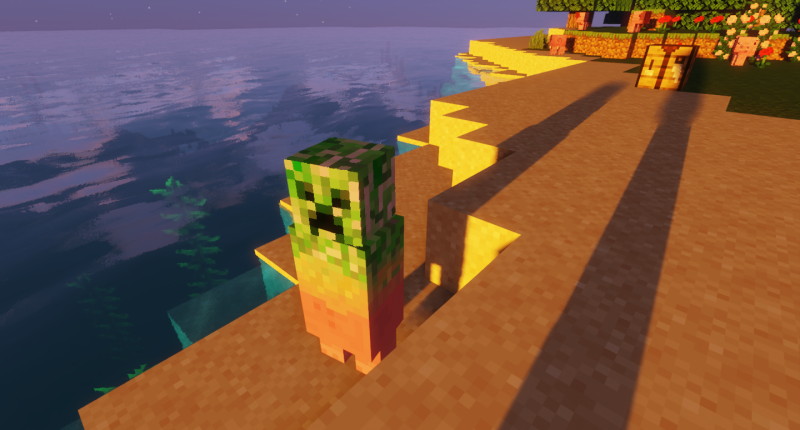 Are you feeling bored with the mobs in vanilla minecraft? With MeldingCraft, you can combine two mobs. You can slice mobs in half and combine them into a completely new mob. This mod also add some items that will give you special abilities to your character. There's also a new dimension where the fused mobs lives and there are also some unique structures that can only be found in this dimension. For now you can only slice and combine some mobs, which are: pig, cow, creeper, dolphin, enderman, bee, and villager. We will also add new mobs in future updates.

1. How to craft the slicer. There are two ways to enter the dimension
A. Normal Route: 2. Slice a mob and pick the back/legs up. 3. Right click on the campfire while holding the back/legs of the mob and you'll cook it. (Right now this only works for the enderman and creeper). 4. Right click again to grab the cooked back/leg and you can eat it to gain power. 1. You can only ride mobs that has the bottompart/legs of pig/bee. Its my first mod, feel free to give me some advice / criticism. :) Thanks !

looks cool i might ad it to my modpack :)

reminds me of that one old necromancy mod, i can't remember the name but it was that one where you could also combine mobs... except this is. a bit more gruesome, i guess, but it's cool

I did get some inspiration from the "Dismemberment Mod". Thanks!

Ok so... cutting a dolphin in half isn’t rlly that great considering how minecraft is a educational game and dolphins are endangered species? The blood texture also needs more detail but overall a great(and weird) mod

I see what you mean, thanks !

Its horrible but really well made at the same times. Nice, The item textures arent very vanilla though

This mod is awesome

Whoa never thought of this before. Awesome!