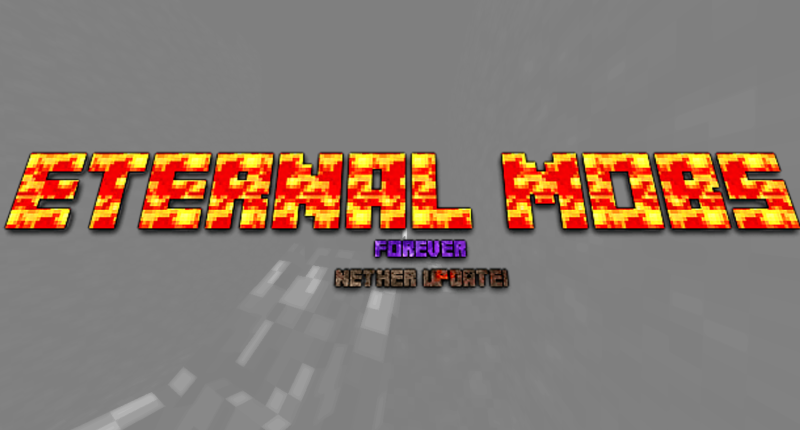 Note: the mod is canceled because a mod file is corrupt ... excuse me, but something big is coming

an interesting mob, can appear in the mountains, discovered in broad light at night (NOTE: It has nothing to do with the main topic of the update)

A very rare creature, it is like a cerberus, nothing more than it has ... 5 heads really, nothing more to say, it is not that wide, with 100 life and quite rare

A basalt giant, with the appearance of a giant troll, red eyes and kills players, a very rare mix in my opinion, measures more than 3 blocks, and is quite aggressive towards the player

a ladybug like any other, only bigger, resistant, and ... terrifying, the red dots on its back indicate (at least in the Lore of my mod) that it is a poisonous creature, even if it is not like that, it makes the other enemies do not attack her

the nether recour, a giant monster, made of pure glowstone ... with more than one mouth, although not really, a mouth on the top of its head, and on the bottom of its mouth

a simple animal, doesn't like to be disturbed, spawn in deserts, that's why it's quite a nice addition! Fun fact: the texture of this mob took me a long time to make

a lizard, that still cannot be found in the world, a creature, quite rare, made by the madman of the Automaton!

a kind of villager ... made of copper ... protector of his boss! the automaton! does not spawn around the world, it can only be found in a new structure, the automaton temple, made with copper blocks

a copper-covered villager, prepared to eliminate anything ... that attacks him, being passive, unless they hit him, he needs guards that if they think for him, the Automaton has great importance in the history of mod [Note: he's a mini boss]

A normal fish, just red, with some extra things ... for example: He hates being with squid, that's why he is their natural enemy! whenever he sees one he will run intimidated!

Appears in the nether, a crab and nothing else ... drops Crimson Plates

a calm animal, it does not hunt anything, nor does it bother, it appears on the beaches

A curious fish that leaves bright particles up where it is, its favorite food is dolphins and drowneds ...

a basalt stingray, quite an interesting mob in its depth ...

a simple octopus, it could be camouflaged quite well in a red coral, he loves to eat Crimson Fishs!

His favorite food is octopus, he appears on the beaches, just like octopus

A shark with a big mouth, that loves to eat redstone anglerfish, for lunch, dinner, and breakfast, but, since it has a lot of life, it drops a block of gold.

Support the mod in curseforge!

The models and textures are nice. Gonna try it soon ;)

how did you make the animations?

I did not put animations XD