Adventures and Adversaries is a mod that adds several new biomes to your world, with blocks as well as mobs to inhabit them.

Currently The mod adds 5 new biomes and 5 new mobs, with new plants and blocks in these biomes, and a new boss!

The deadlands are dry plains, devoid of life besides the old tree husks that still remain. A new type of wood can be found there, as well as dead leaf carpets. 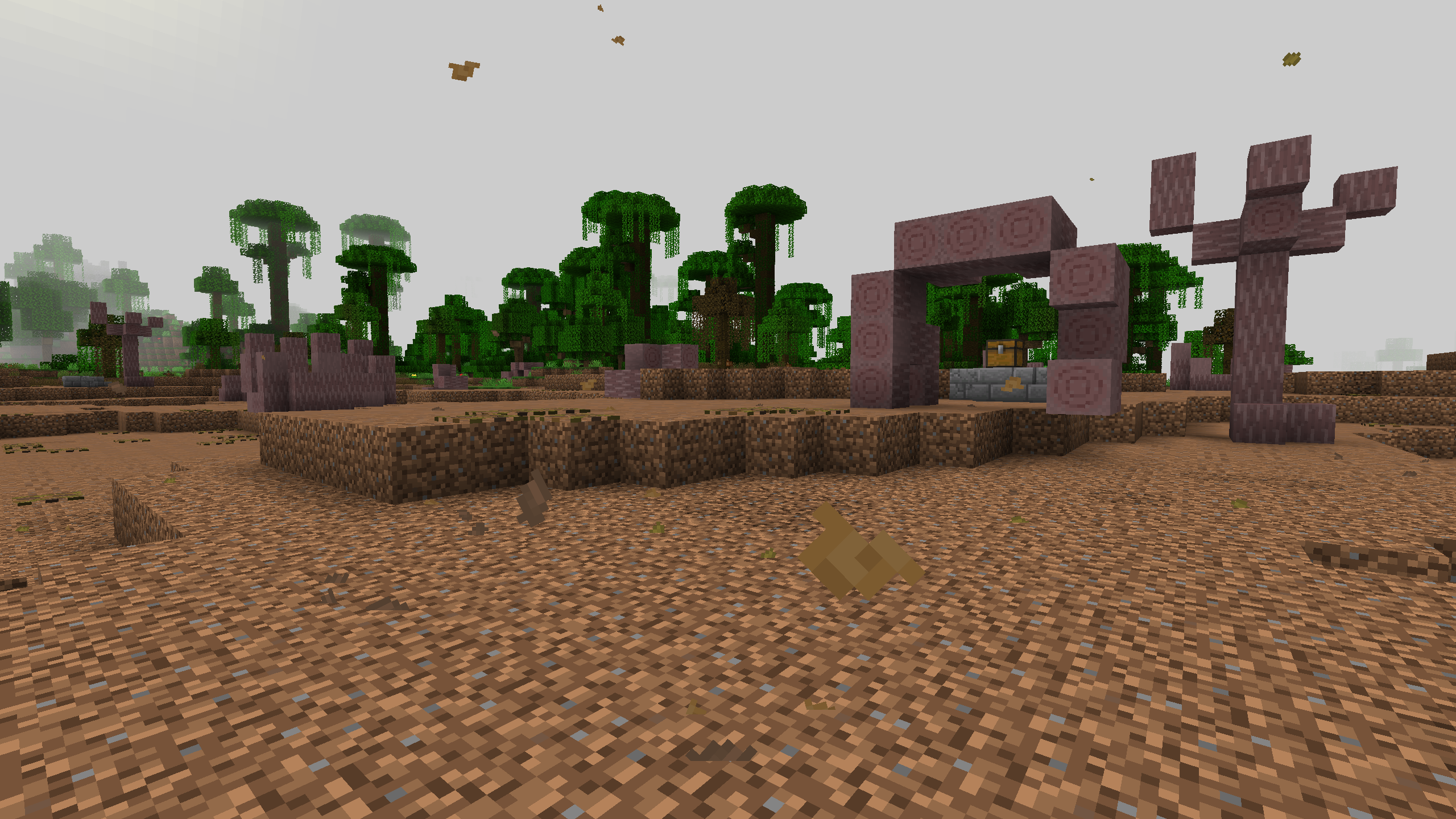 The volcanic wastes is a desolate land filled with lava, blackstone, and basalt. Be careful not to take a wrong step and burn to a crisp. Pockets of ash are scattered throughout, with strange ash flowers that are usable as fuel. 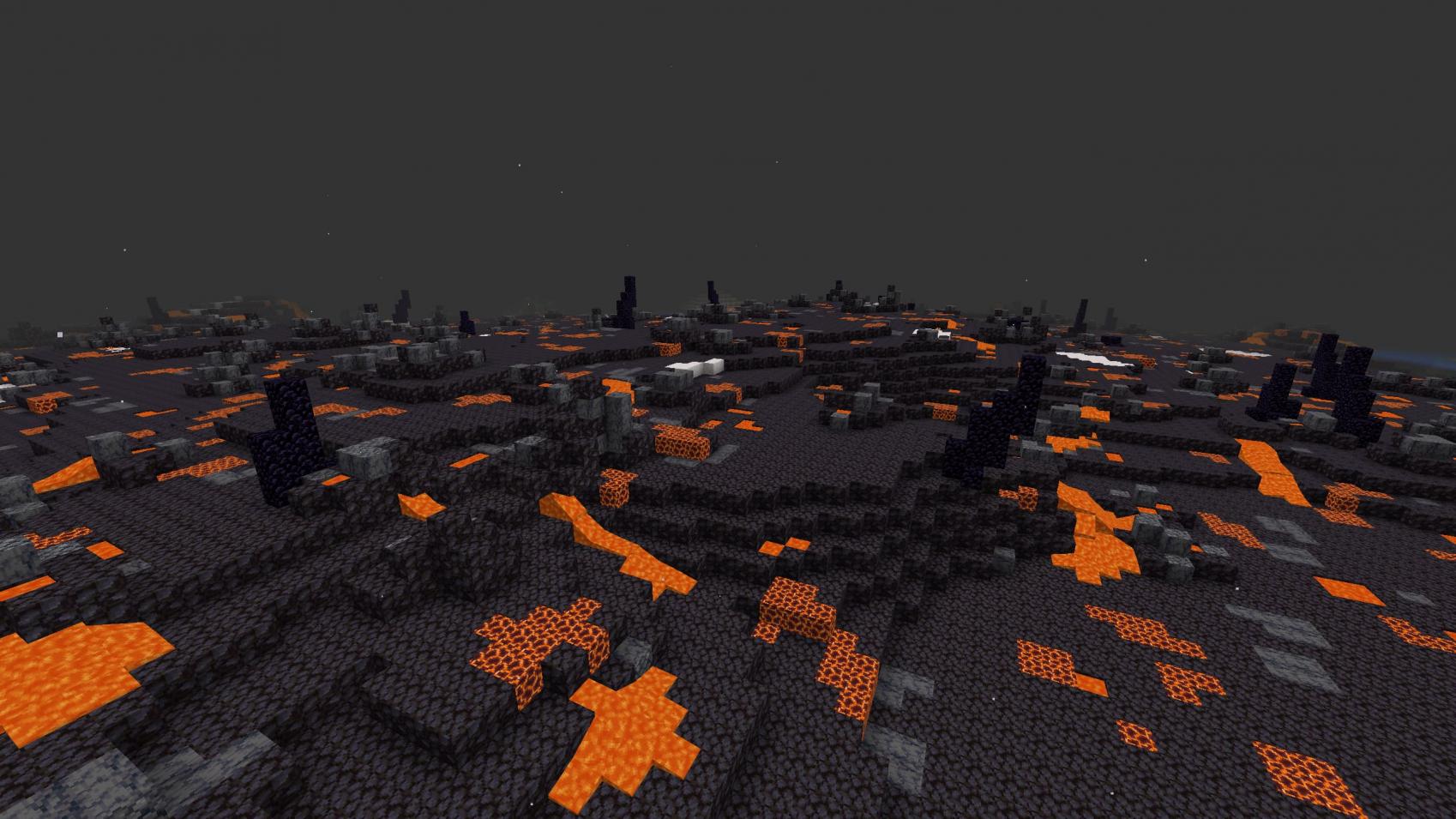 The dark depths are ocean beds devoid of life besides mysterious orb plants, whose fruit is said to have value in brewing. Lodged into its floor is mechanical debris, which contains a small amount of diamond for lucky ones. 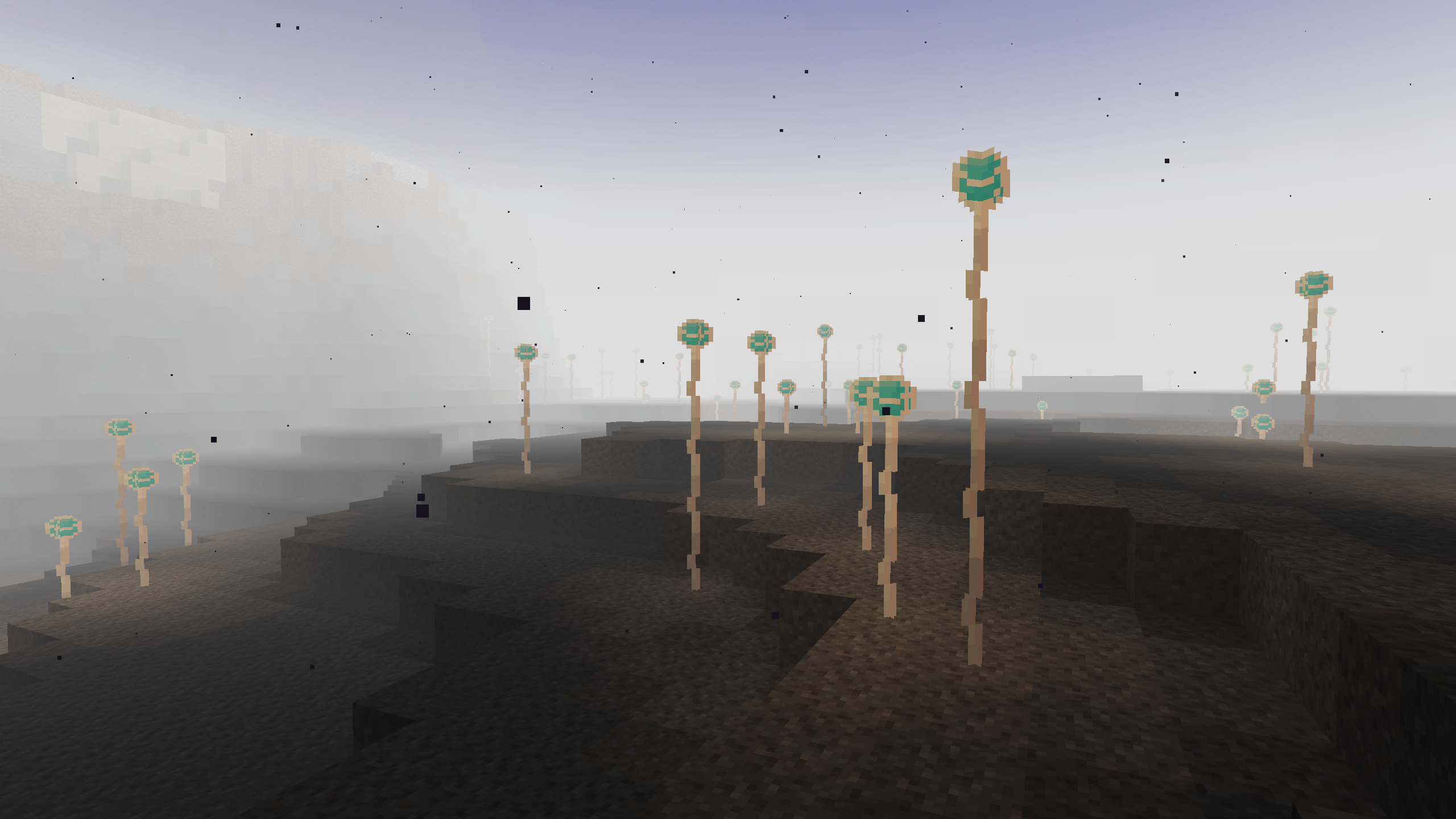 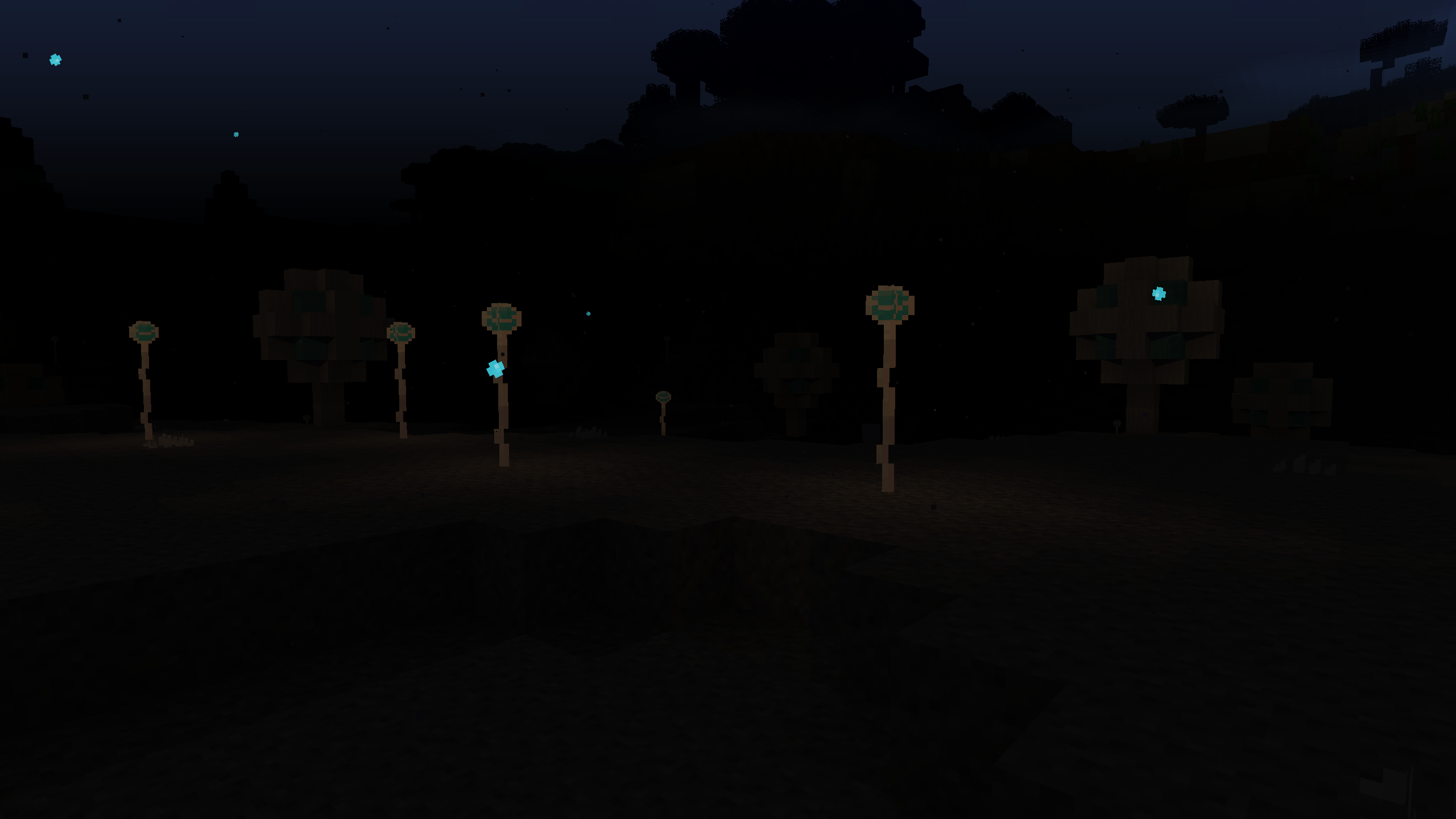 The Autumn Arboretum is a biome forever in autumn, with deer racing through the colorful leaves, and with strange statues littered throughout it... 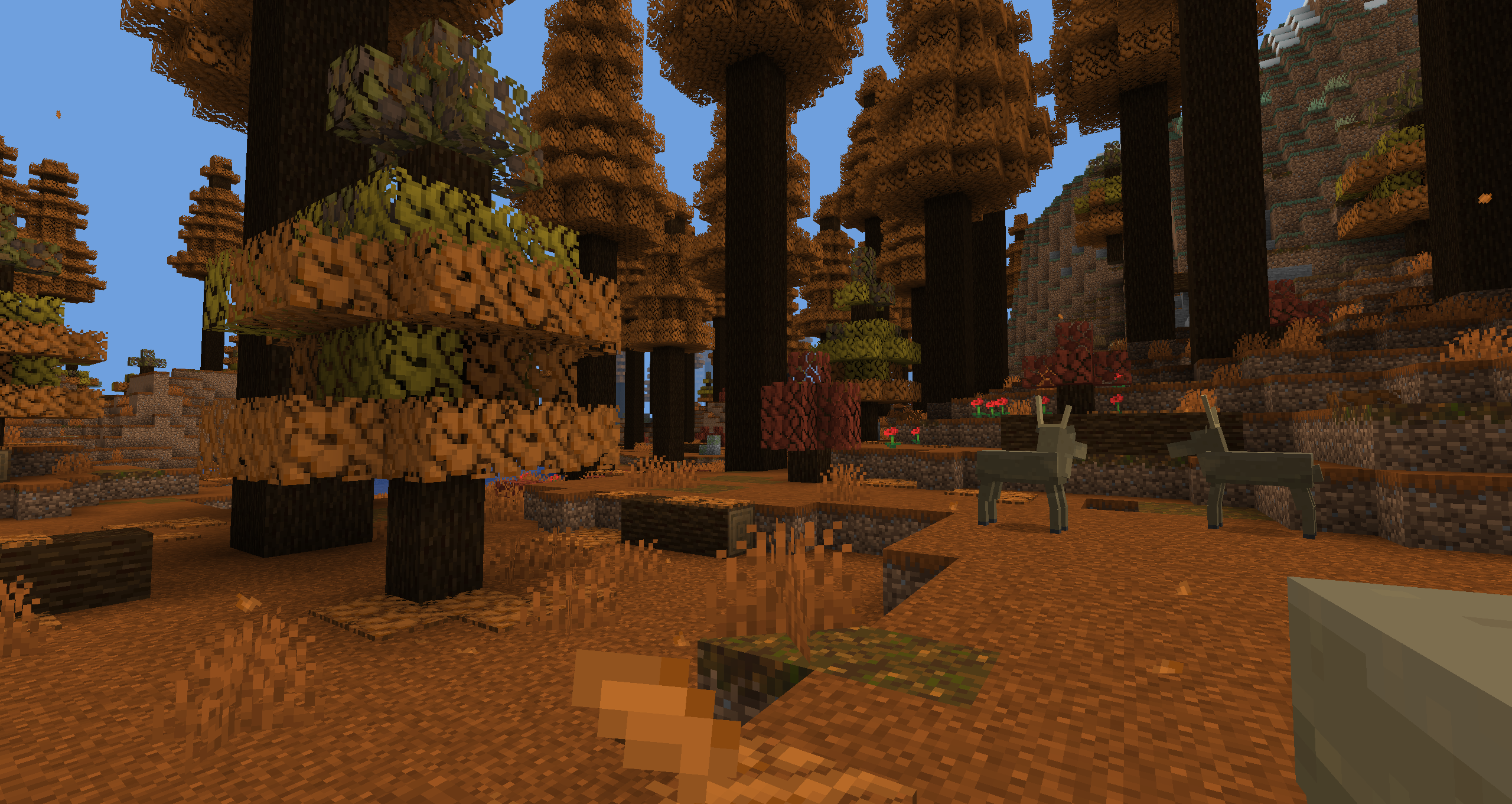 The mechanical mimic is a distant relative of the shulker which mimics mechanical debris at the bottom of the dark depths. When disturbed, it will emerge from its shell and quickly kill all but the most prepared adventurers. 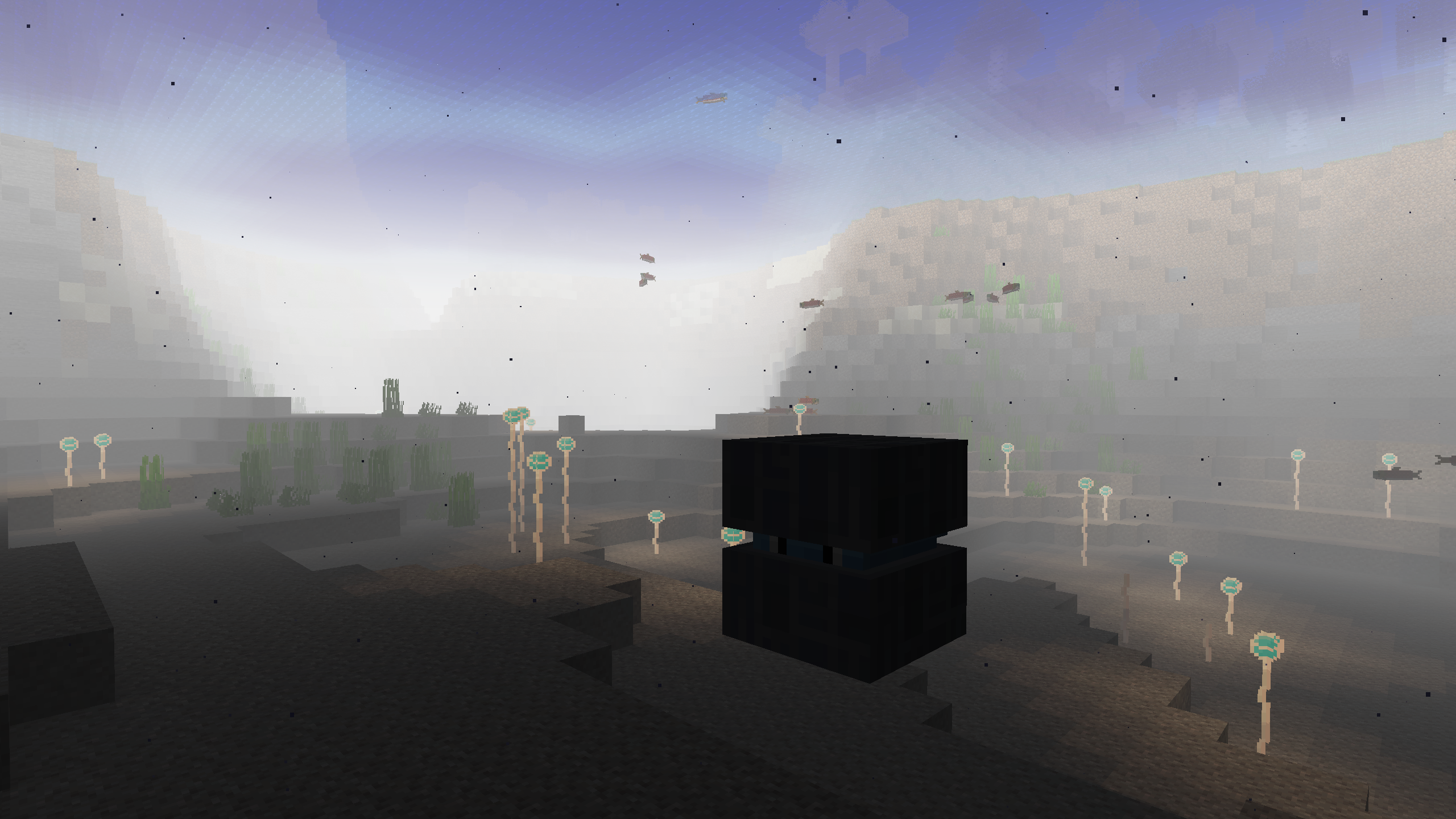 The risen are skeletons' ghostly counterpart, dropping materials for a scythe, and spawn when a skeleton type mob dies in The deadlands. 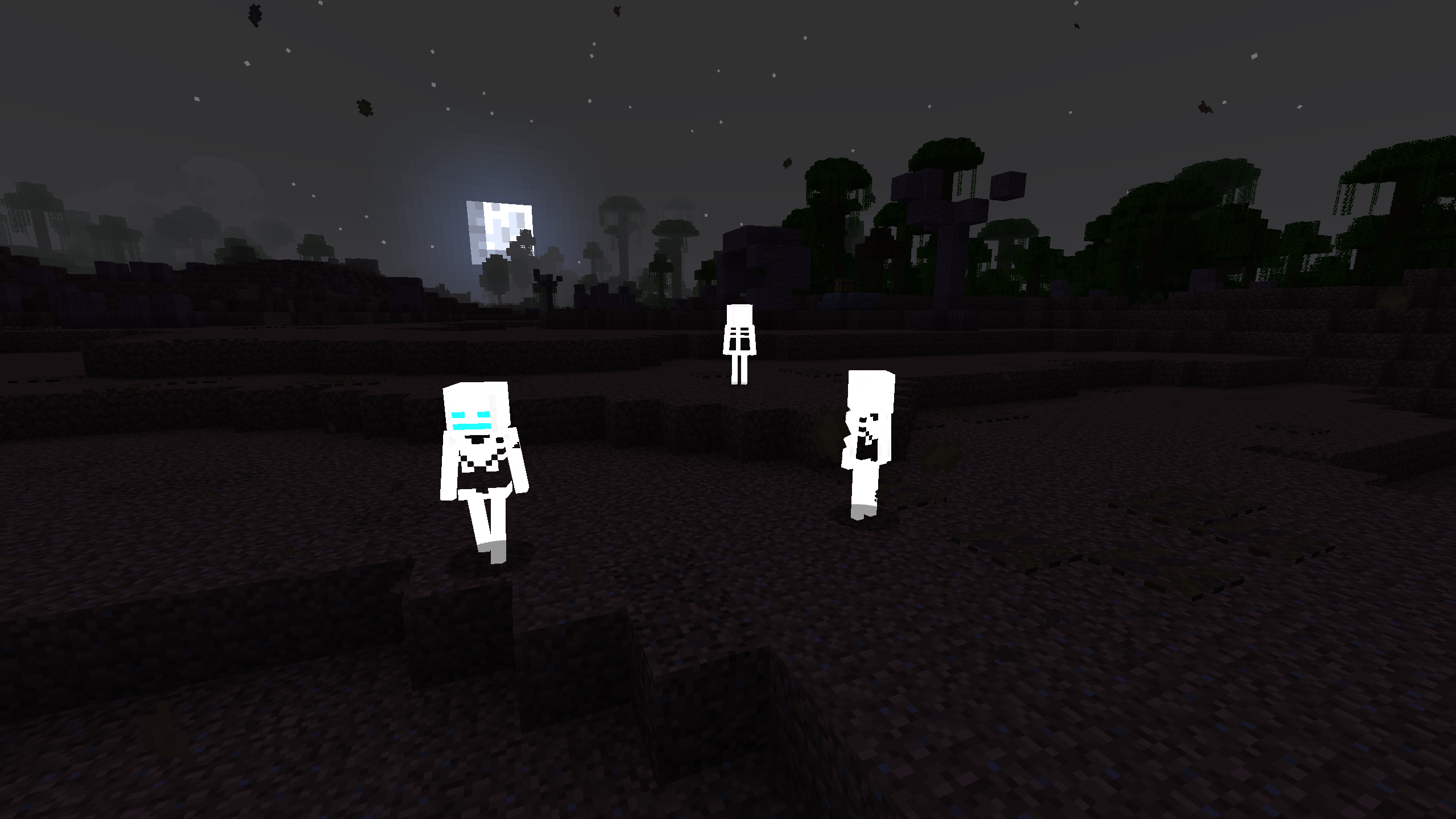 Deer roam the forest of the Autumn Arboretum, and a ghostly variant can be summoned from breaking a statue head found deep in the forest. 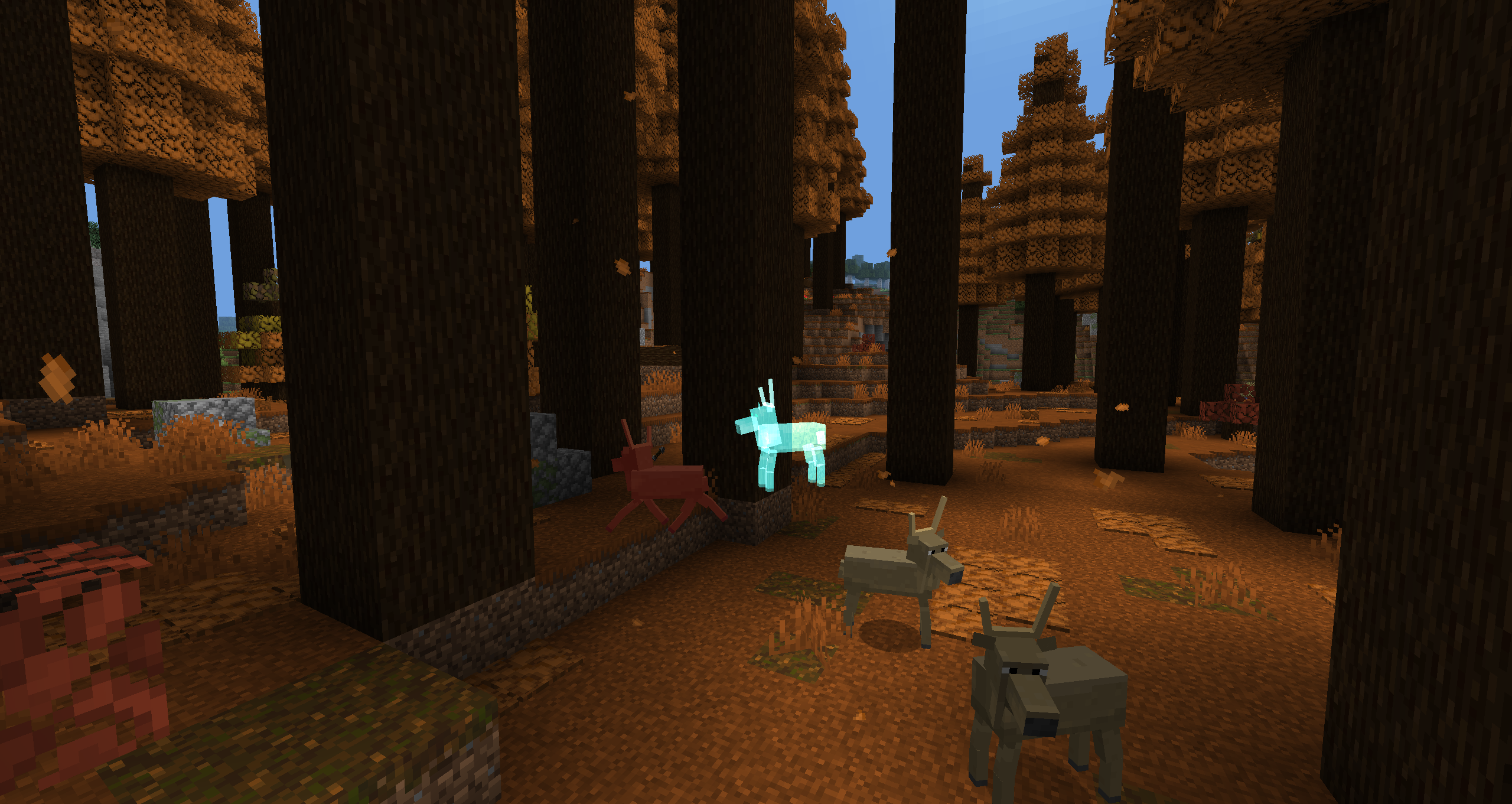 Beta 0.1.2 - Renewability and some changes

-The volcanic wastes are now flatter, have less volcanic structures, and generate with pockets of volcanic ash, in which Ash Flowers can grow.

-Dead Leaf Carpets can now drop fragile saplings, which can be grown into more fragile logs and dead leaf carpets.

-Orb Plant Stems now drop immature orb fruit, which can be planted to grow another orb plant when planted in gravel and submerged.

- Volcanic Ash no longer requires a shovel to mine, now simply being broken faster with one.

- Optimized plant and sappling growth to be more efficient.

- Mechanical Gear and Mechanical Wheel and Axel have had their textures updated.

- The Mechanical Mimic will now actually have a boat-like hitbox.

- Added compatibility with the dismantle enchantment from Wastelands of Baedoor (https://mcreator.net/modification/72019/wastelands-baedoor)

- Ruins now generate in the Deadlands

- The old Deadland trees have been replaced with new (figuratively) shiny ones!

- Dead Leaf Carpets should mostly no longer generate in water.

- Added 4 new leaf blocks, each with slabs and carpets.

- Spectral deers now attack the player even when unprovoked now

Looks really nice after first look! The one thing I would love to suggest is to make resources renewable/farmable. That always make mod a lot more interesting for me, and yours is already in that list :D
Also, is that Mechanical Mimic some kind of automaton/machine? If so, I could have neat proposition for you... ^^

Good point. Now that I think about it, renewable resources are important, so I'll make them farmable. The mechanical mimic is more of a sea creature using a metal shell it found, and it's supposed to be a first taste of more mechanical enemies I would like to add to the mod.

Thanks a lot, I think farming of resources (especially rocks & not that obvious stuff) is one of the most overlooked things in many mods, so glad to see you doing that :)
Interesting concept of that mimic! I will love to play it, when I finally update all mods to 1.16.5

I see you added farming mechanics, yay! Just downloaded new version of mod, I'm still yet to find these new biomes, but I'm so happy!

And about that proposition - if you add more mechanical enemies in the future, I would happily see cross-compatibility feature between A&A and my mod! (my mod adds enchantment dealing more damage for mechanical entities)
So if you would be interested, just let me know, I will explain everything.

Nice ^^ the only thing you need is to set NBT logic tag "automaton_type" to "true" after your mechanical entity spawns.
If you want to test that, newest snapshot of my mod uploaded here supports this already (enchantment is called "Dismantle" and adds 1.25 damage per level, up to 6.25 on level V)

Awesome! I will update my wiki and page soon ^^