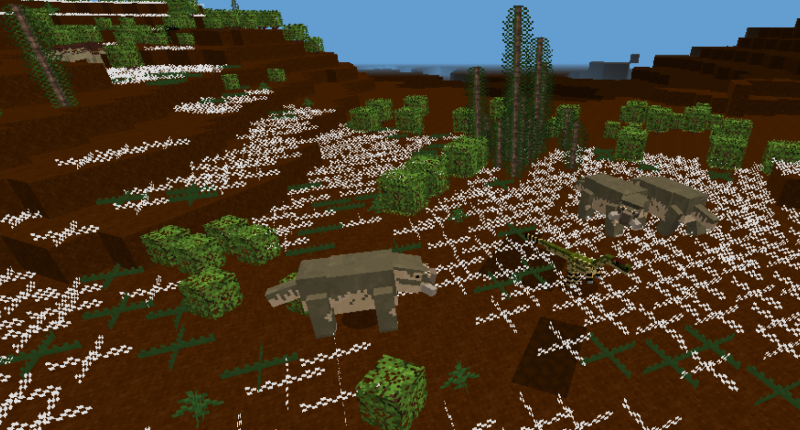 Some animals found in the Triassic.

This mod currently adds 8 animals from the documentary "Walking with Dinosaurs".

It is a work in progress and will see more dinosaurs/other prehistoric animals added in the future.

Triassic Arizona(New Blood): Dimensions are creative mode only until a way to travel to them is added.(likely when the mobs and dimension from the third episode are added.)

Mobs can be found in the wooded badlands until then.

Jurassic Colorado(Time of the Titans):

textures for most of the mobs will now be changed