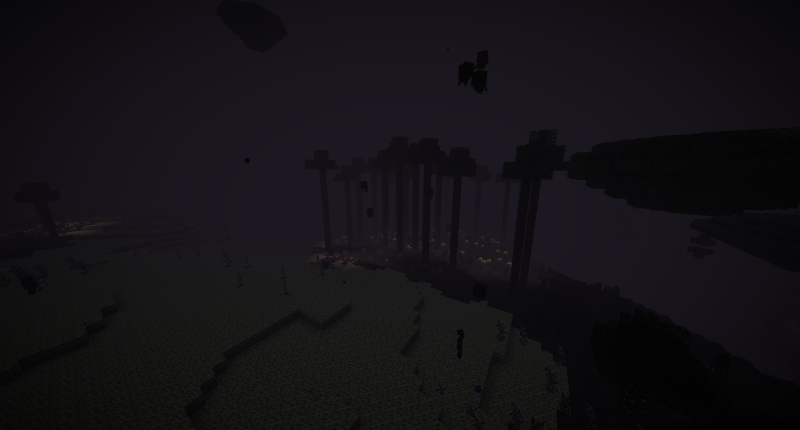 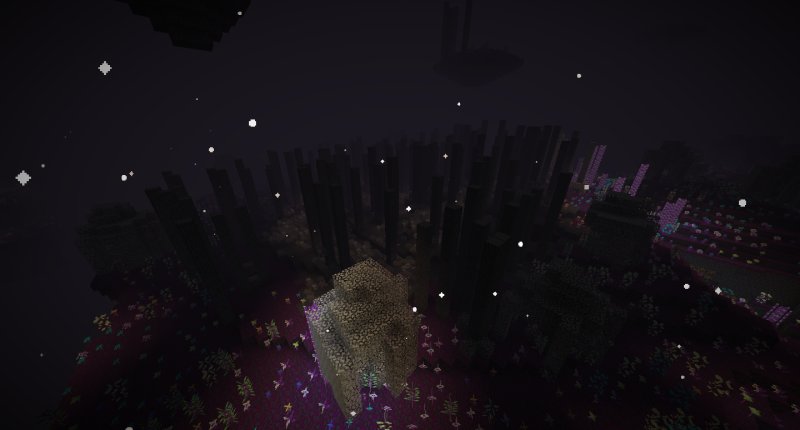 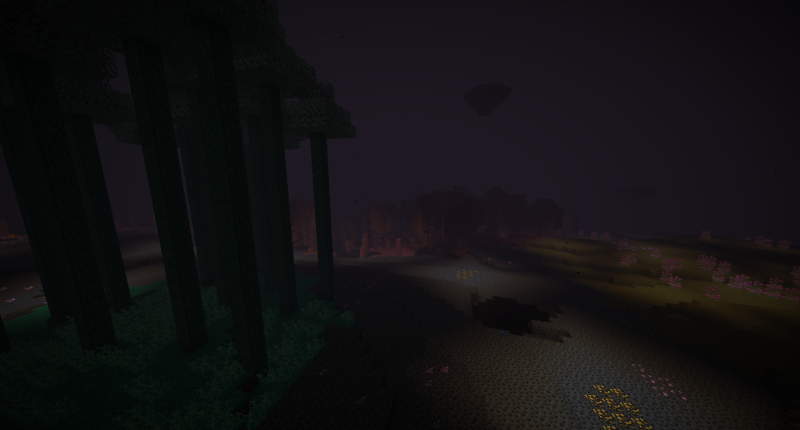 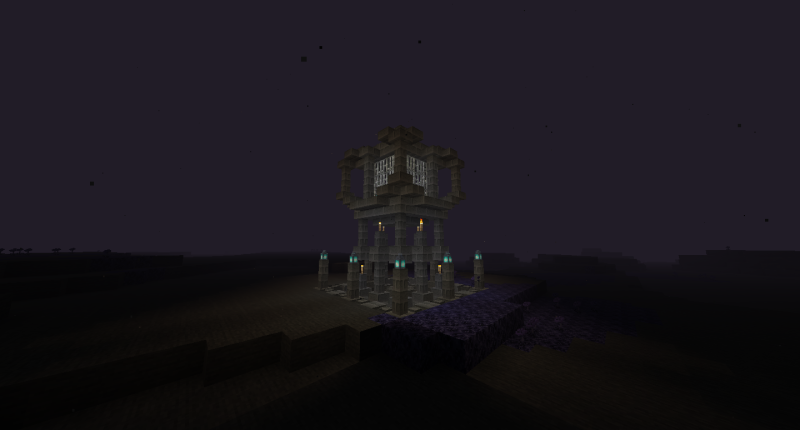 When you fall into the void, you move downlayer. There are 6 layers

The first layer is the most peaceful place in the void. Endermites are the only hostile monsters.

From the second layer, aggressive monsters begin to appear. Floaters, flying monsters, can be tamed with berries.

On the third layer, more dangerous monsters start coming out. Watch out for spiders.

The fourth layer is more difficult to survive. Monsters here can kill you just by passing by.

Trying to live here is never a good idea. On the fifth layer, you mine the bedrock fragments to make the equipment.

There's nothing on the sixth layer. Except for bedrock, soul sand, and Chaos boss.

You can summon a Chaos Buster by placing Blanium block on body, Dnomaid Block on arms, Dlareme block on head, and right click Heart of Monster on Dlareme block

More details are in the advancement.

Changed - You can duplicate pale widow fang with purpurium nuget

This is a very ominous mod. I like it!

Nice one, Love it and the theme!

This mod seems to has quite a potential, I'm really curious how it develops!

So how do you get out of the void then?

or kill the boss

i get backrooms vibes from this

This is honestly one of the cooler mods I've seen on MCreator. Exellent concept, visually incredible, and has a boss at the bottom layer.

this seems like a concept ive never seen before so good job :)