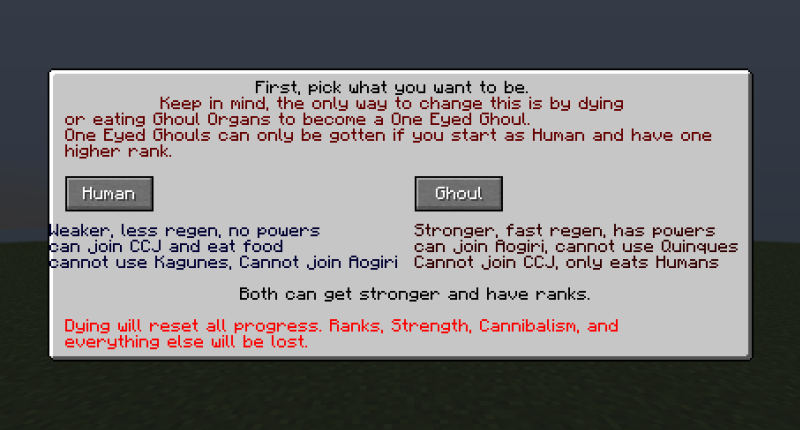 Choose to be Ghoul or Human 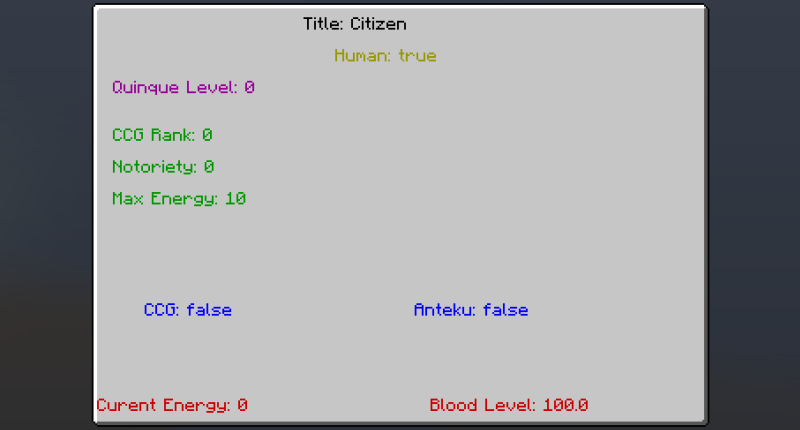 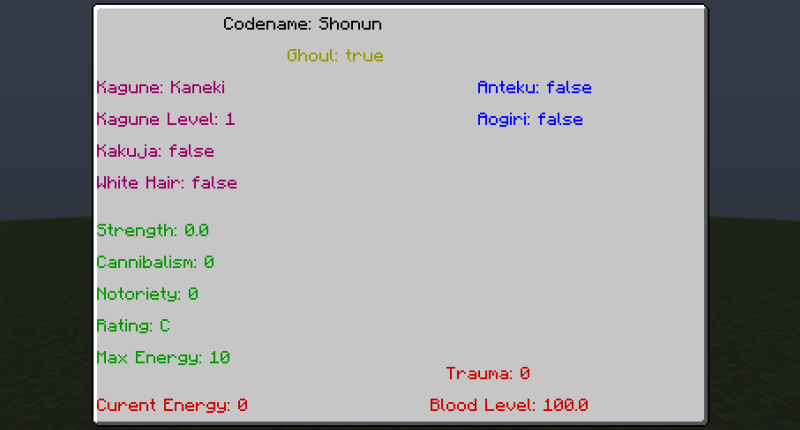 Ghoul stats GUI (Pretty much the same for One Eyed Ghouls) 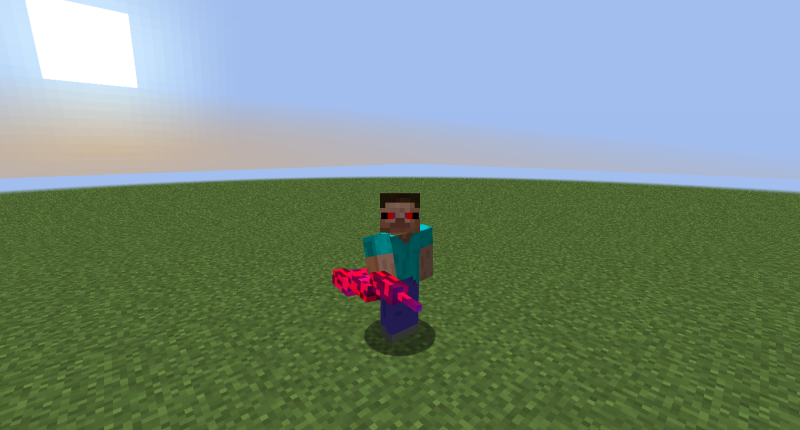 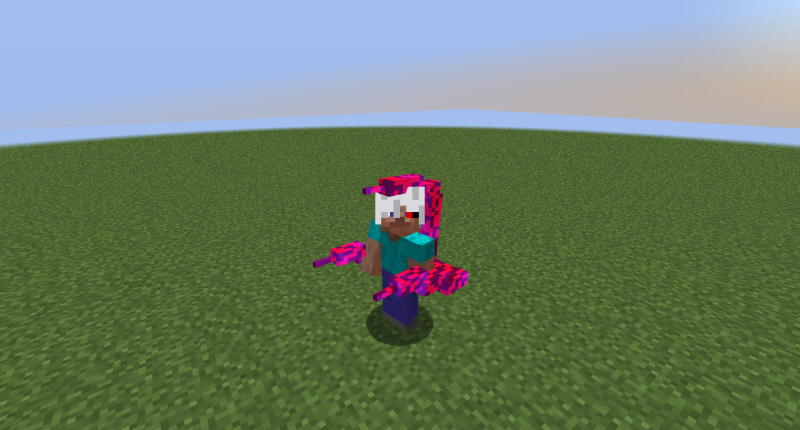 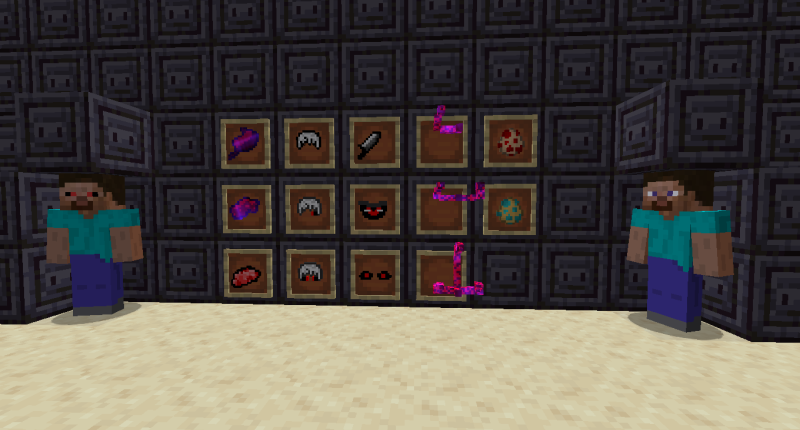 This mod is based off "Tokyo Ghoul" and "Tokyo Ghoul: Root A", and adds entities, items, armor, wepons, and a lot of other things are all planned. You can be a Goul or Human, become a One Eyed Ghoul by eating ghoul organs as a human dropped by Ghouls. Ghouls cannot have food thats is not Human Flesh, Ghoul Flesh, or Rotten Flesh. Humans and Ghouls can both level up and get stronger. Ghouls get Kagunes, Kakujas, and other powers while humans use weapons called Quinques and armor called Aratas in order to get as powerful as ghouls.

Keep in mind: Humans don't do anything as of right now, so only pick them if you want to become a One Eyed Ghoul.