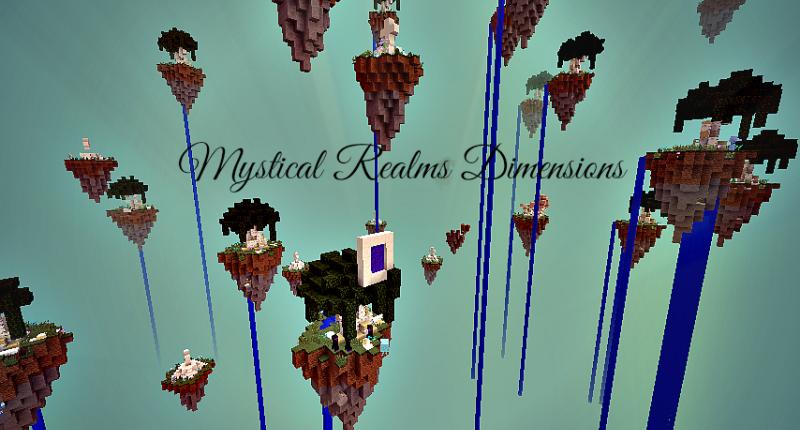 This mod is just the dimensions and mobs addon to the base Mystical Realms, and all three are not included in this download, so be sure to get the other parts.

Other than that, here is a description:

Mystical Realms Dimensions adds in many things including:

This group of mods is currently at an overall version of: 1.0.0

How did you make your custom dimension?

@#1 Make an end dimension then add structures that spawn in the air.

Well, actually, and with no offense to you, I don't think I will, mostly because I have the progression of my mod already planned out, however I will be making something very similar, with a boss that rhymes with alkaline. Just a little hint. However, first Im making the Oceaniuos, and the Mergerous. There latin, and if you want to know what they mean, they mean Ocean and Magic respectively. You can guess what they'll be about.

How did you make an addon for a mod with mcreator?

He used the same IDs as in it's mod ( for example mystical_realms:someblock ) by modifying the Source Code of elements to change the localizations, and just made another workspace