Ypermat's Out of my mind mod

This is my first mod ever made and I think I did pretty well. I give you links to Mcreator and Curseforge to see all the details and I can show you few features here : 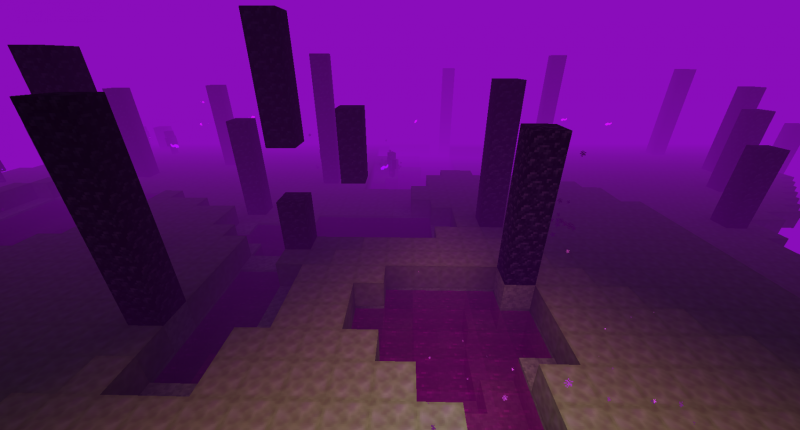 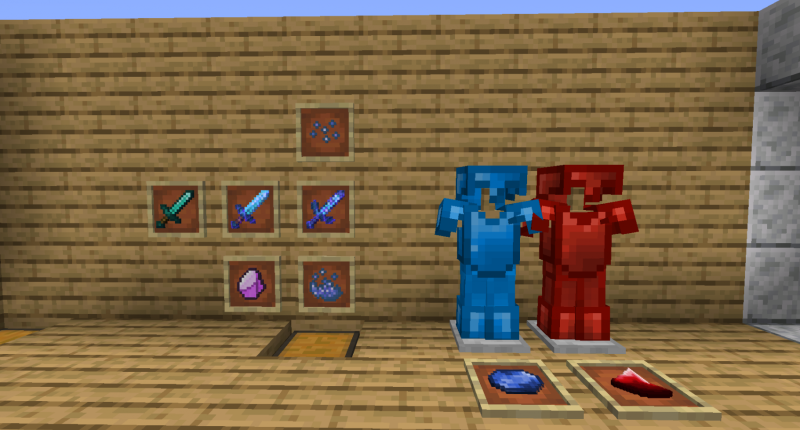 Cooper : This ore is not for armors or tools. With it you can craft Unification table, Coin converter and Cooper block. It can be found between y: 5 and 54 in the overworld.

Osmium : Better than Diamond, this ore can make Osmium armor parts and Osmium swords, not tools. It can be found between y: 0 and 10 in the overworld.

Cinnabar : Better than Osmium, this ore can make Cinnabar armor parts and Cinnabar swords, not tools. It can be found between y: 20 and 40 in the nether.

Fusion gem : Obtained by smelting things. The fusion gem will pop on top of the furnance. With a Unification table you can make Fusion swords.

Anima : Obtained by killing entities. Anima will pop like a classic mob loot. With a Unification table you can make Anima swords.

Void gem : Obtained by killing Void lords. The void gem is the only loot of the Void lords. With a Unification table you can make Void swords.

Ultra void gem : Obtained by crafting with 6 Void gems. With a Unification table you can make the Master sword.

Void lords : Theses guys can be summoned with a Void block and a right click on it with a Void staff, only in the Void dimension. They loot a Void gem, useful to craft Void and Master sword.

Void minion : They spawn in the Void dimension. Loyal to Void lords, thay can answer their call and they will attack you if they sees you.

Void bird : They can be tamed withe Void plant fiber. They spawn in the Void dimension and can FLY ! Once they are tamed, if you aren't riding them they will stay where you left them. Warning : even if you let tamed Void bird alone, they can fly up to the sky alone.

Void dimension, The void biome : Ignithe the Polished diorite portal with a Void dimension portal coin (crafted with Anima and Fusion gem). This dimension is made of one biome : The void. Here you can summon a Void lord, find Void plants to get Void plants fiber and you can also find Void birds to fly and fight Void minions.

And that's it. Go see by yourself on Mcreator and Curseforge !

See you soon for a new update !