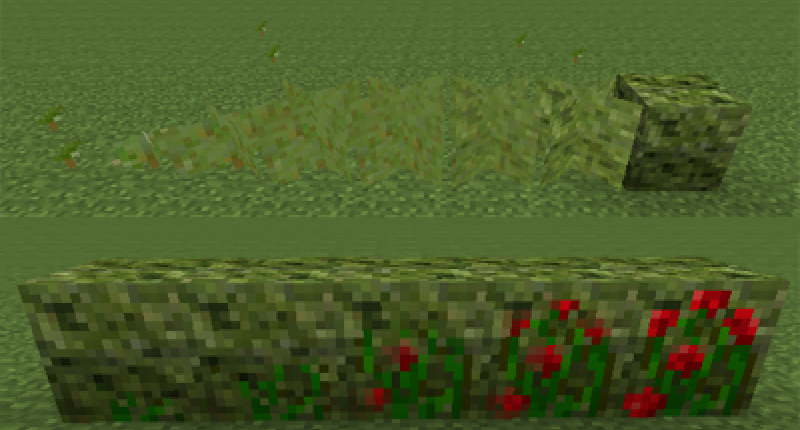 This Mod is Based off the plant I hate the most right now. The Laurel. Tick Rate Changed to 1000 because  it took over large area's very quickly.

This mod adds the Laurel Plant aka "Growable Block" this plant has 8 stages.

on the 7th stage it will release sprouts in a random location replacing any blocks  it lands.

on the 8th stage  it will produce and block or shrub that you can use as a normal building block.

have something new to grow.

Things for the future:

add a laurel plus apple: get a laurel that produces apples. this  will also produce apple laurel starts.

add a laurel plus carrot: get a laurel that produces carrots. this will also produce carrot laurel starts. 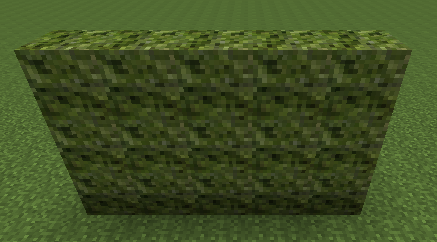 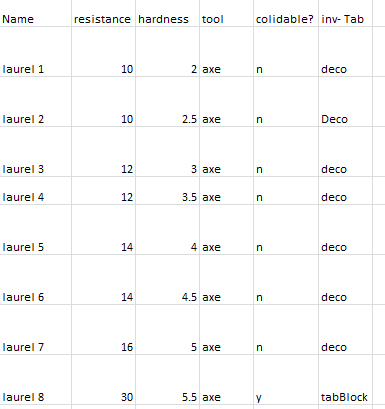 This bush acts almost like the laurel, with the exception that this bush that will go through 5 cycles of growth.

once it hits the 4th cycle it will spawn sprouts other rose bushes. the roses off the bush are horvestable. you will get 1 red popie per rose but located on the bush.

as you harves a  rose but it will remove a image of a rose until there is none.

When there is no more roses you have to wait for the roses to grow back.

Also i think you have to put fruits in the laurel. I know that not realist but... Or you can make another plant.