AkumaG's Stuff and Tecniques Mod (ONE OF MY FIRST MODS!) 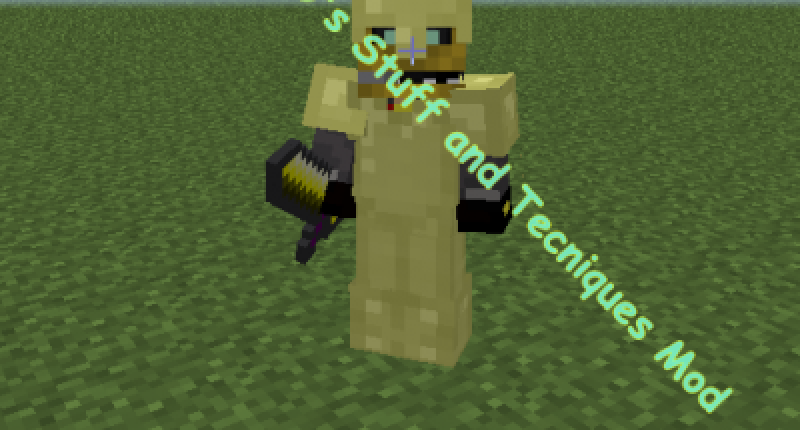 Well, Hello there. This is one of my First mods, so don't expect much here.

The Tecniques and Stuff mod adds in a bunch of overrated items to Minecraft.

It adds some items like as: the Yellow Diamond, wich is a little better than Diamond (NOT OP) and is used to make Two weapons and One tool. And also Armor.

the Dark Injection, in wich makes your character stronger until you die. Or either drink some milk.

(it inserts some potion effects to your character, for example, Strengh 2, Haste 5, and some others.)

adds in the Diamond Apple (OOOh, WHAT ORIGINAL!)

Adds in also the Yellow-Diamond Apple

An I-Pad that regenerates your health (a little.)

The armors are kindly yellow. (YEY)

-It also doens't adds items but as some keybinds that may help.

You don't need bows anymore to shoot your arrows.

be an robot and shoot arrows.

it may damage you.

And i guess that's all of the mod.(For now i guess.)

and Please, Report most of the bugs that happen.

This will help a lot.