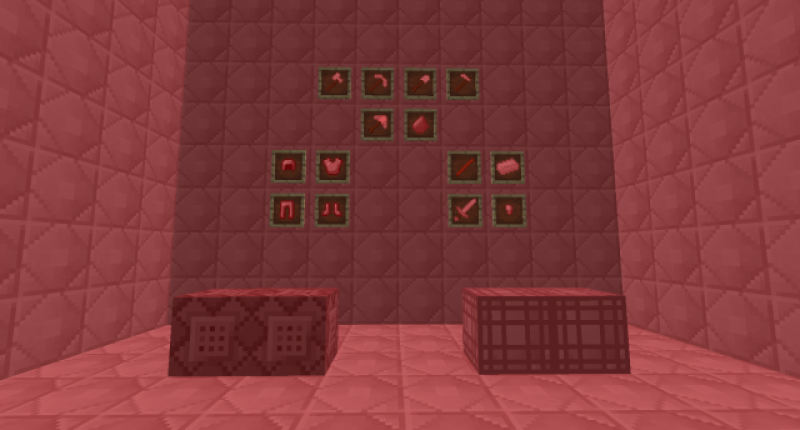 Have you ever wanted a use for redstone, but haven't actually been able to do so? Look no more! BrownBug's Redstone Mod is just for you!

Here are some of the features of the mod:

These are the base of the mod moslty everything in the mod requires redstone nuggets in some way!

Redstone Nuggets are crafted with four redstone dust in a square equalling one redstone nugget.

These blocks are used to create the portal to the redstone dimension.

It takes 29,160 Redstone Dust to create the portal frame.

Redstone sticks are crafted with two redstone dust. These are used to make tools.

Redstone Tools/Swords are crafted with Redstone Ingots and Redstone Sticks.

The Redstone Lighter is used to light the portal to the Redstone Dimension. It is crafted with one Flint, four Redsone Ingots, and four Redstone Nuggets.

There are a few more features to this mod, but I would like for you to find a few of them yourself.