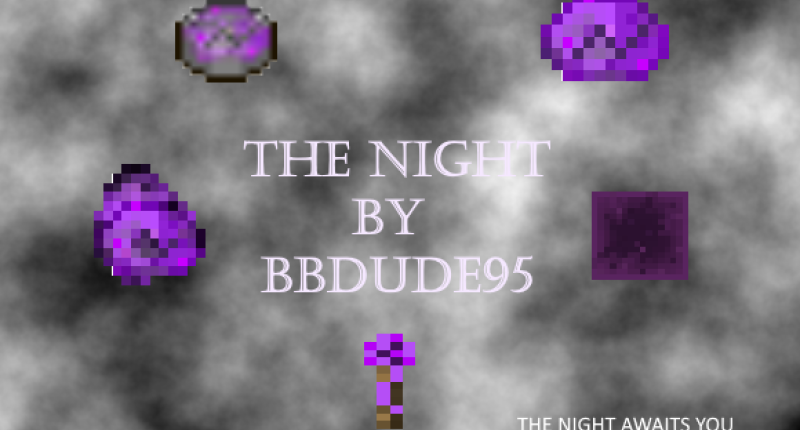 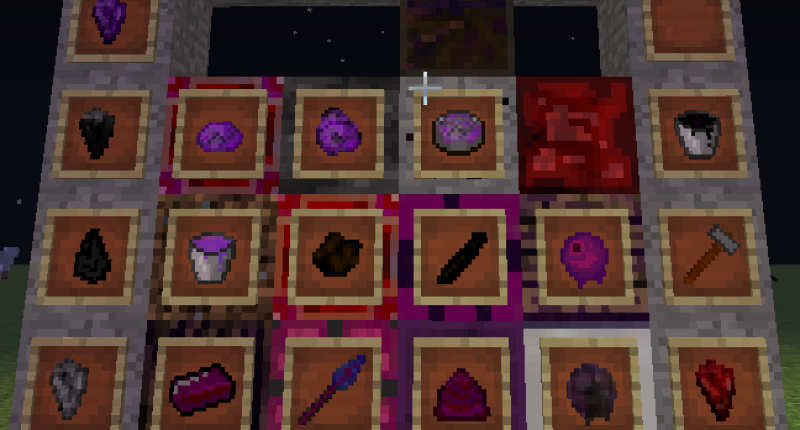 Important MsgThank you to all that supported me, 1.2.0 will be the last update on this site. You may have noticed the lack of updates the past week; that is because I have been working on recreating TheNight from scratch. Once I have gotten it to the same point as the original version I will update this page. I love Mcreator and its community and I will continue to support it.

Support me using this link and get the newest version of the mod a day before the regular download is up. Currently at [1.2.0]

FeaturesYou can find all information on my wiki here as I am no longer updating this list.

Since the TheNight added in some unique blocks that deal damage and a unique mob that explodes on death regardless of how here is some ways to grind mobs safely and efficiently.

If you have any ideas,bugs, or other thoughts please post them here.

@#2 Thank you. Hope you enjoyed it

@#3 Thank you :D You gave me the idea for the stalker mob. It flees from the sun and can teleport, kinda looks like a sick villager. It is in the 1.1.9 update.

wait a second did you really made your own mod wikia page?

@#4 Yup. Its free and easy so why not? I am not planning on stop working on this anytime soon.