Strife! weapons from a techno-magical future! 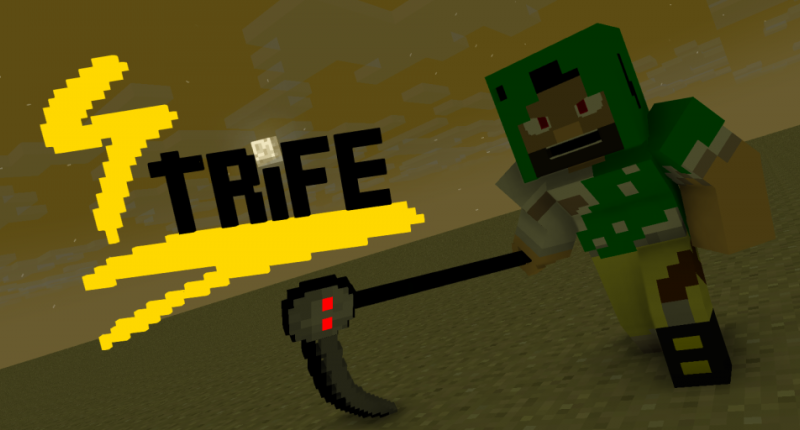 Welcome to strife! a techno-magical minecraft!

Within this mod you'll find (currently) 8 new weapons and one new armor for all your combat needs! from healing orb-launcher armbands for team medics to deadly scythes to slice your enemies in half!

there's not much to talk about so we'll describe the weapons and then talk about future updates, good? good, let's begin.

the Spiritual sword does a total of 12 points of damage and has 1.270 uses.

we also have guns! three actually! and every one of them has something special!

when the Protection Rune's charge hits a player/mob it gives to the entity absorption III for 30 seconds!

when the Warrior Rune's charge hits a player/mob it gives to the entity Instant damage III for 20 seconds!

all this guns are very cool and so, but they need ammo to work!

the magic charge is not only used as ammo, it is also needed to craft some weapons

the bullet is just a bullet, is just used for one gun, there's not much difference between a bullet and an arrow, but oh well, it exists

this one could be counted as a normal weapon, but it isn't! probably the crappiest of them all, the Stun Hammer does 7 points of damage and has axe's cooldown

with this armor you're almost a god! and i mean a really strong god, each piece of the armor gives you a different effect, them being:

this armor has the same thoughness that a diamond one has, so i think that for the materials you need to craft one, it is totally worth it

for the future of Strife, am planning on adding mobs and more armor, maybe even more guns, but that isn't completely certain.

what is completely certain is that for the next update i'll add:

after that update, am also planning on adding mobs wich will drop this weapons and armor pieces, but that will most likely be after i add said armor.

That's it for now! tell me, do you like the mod? there's something that i should change about it? you can always tell me, also, take in count that this is my first mod and i'm still learning about MCreator, thank you, and goodbye!