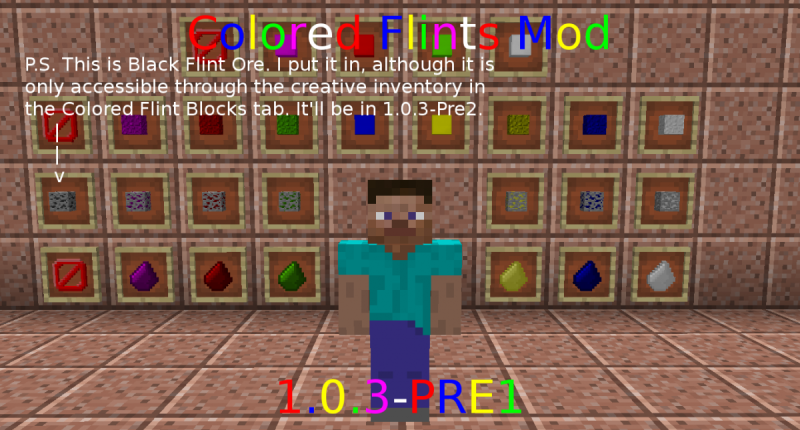 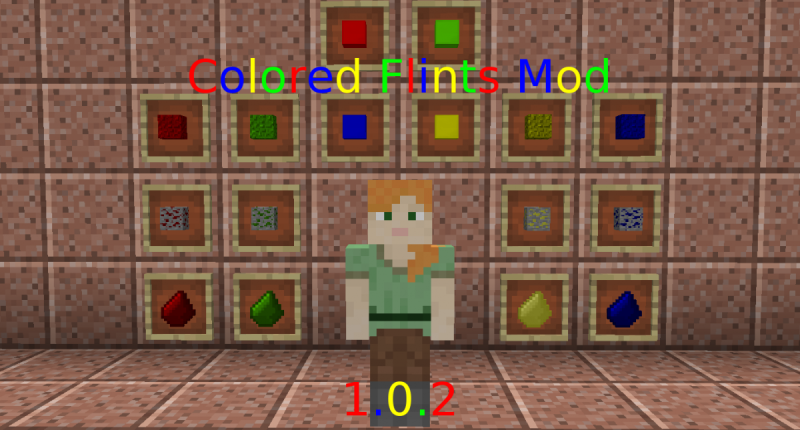 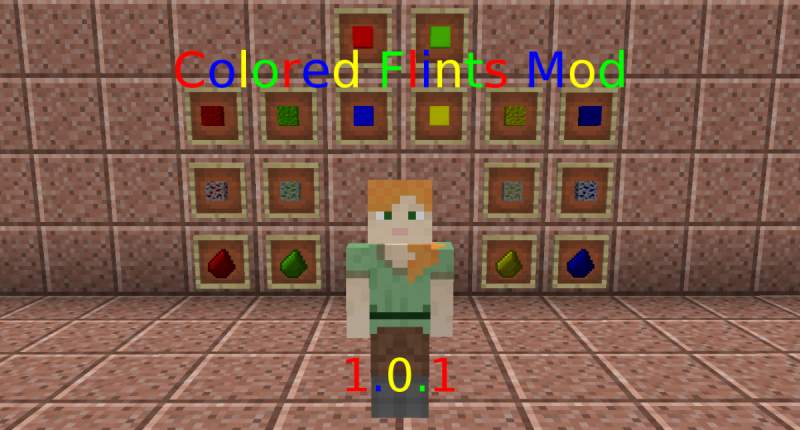 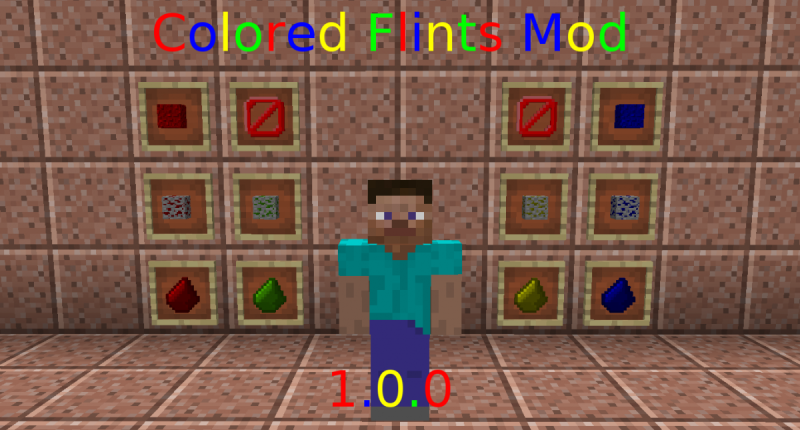 Colored Flints is a mod that I decided to make and have released! At the bottom of this description will be an update log to tell you what updates are out and what each one has in it. If you would like something to be in 1.0.3, then don't hesitate to suggest in the comments! Any suggestions would be greatly appreciated.

So, the Colored Flints mod adds what you'd expect: colored flints. Except they come in ores instead of gravel. These ores generate at Y 15 or lower. Mining them gives you the ore like iron and gold do. Smelting these ores give you the colored flints.

If you put 4 colored flints in your crafting area like glowstone, you get compressed flint. Compressed flint is basically colored gravel. It looks like gravel with the color of the flint you chose, and it falls like gravel. Digging it gives you 4 flints, so you can break, recreate, and repeat.

• Added creative mode black flint ore, however, it's not really in this update, but it will be in 1.0.3-Pre2.

• Fixed how rare the colored flint ores are, they used to be too common to me

• The other compressed flint variants (green and yellow)

• Colored flint blocks of all variants

@#1 Thanks David032505! I'm putting lots of hard work into making and releasing this mod, so compliments at times really motivates me for making more updates!

I have a question.
Why does 1.0.0 for this mod get the most downloads?

Hello! I haven't been updating this mod, so I'm just going to take a moment to say that this mod isn't discontinued. You are free and highly encouraged to give suggestions.

You can make that each flint has its oen usage. For example, you can make with the red flint lava arrows for a lava bow, or with a yellow flint thunder arrows for a thunder bow. I think that you can imprive some textures by using paint.net (textures are located in mcreatorfolder\user\workspace\textures (if I remember well XD)
You can also add a machine that consumes coal and destroys flint for dropping some random materials... The most common is iron, but if you are lucky you can find gold, diamond, emerald or a rainbow flint.

@#4 Thanks for the suggestion! That is actually my first mod suggestion! Also, I use GIMP instead of paint.net. I'm sure i can still improve textures with GIMP! Thank you again!