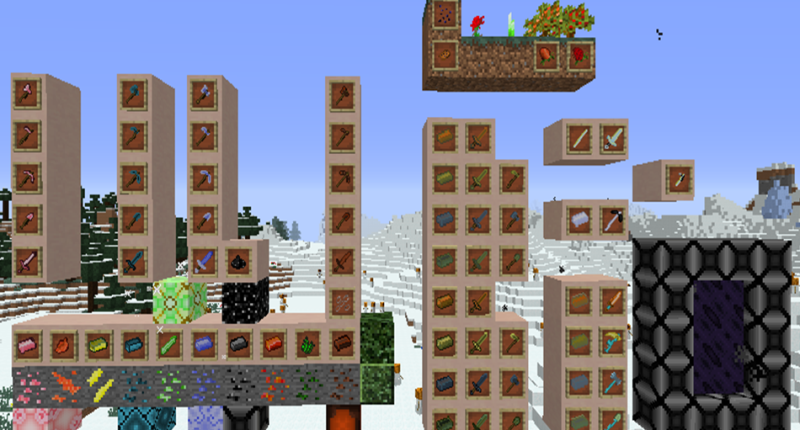 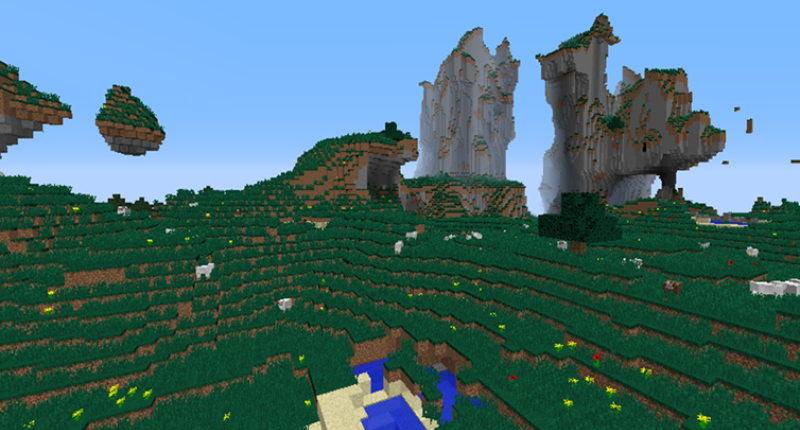 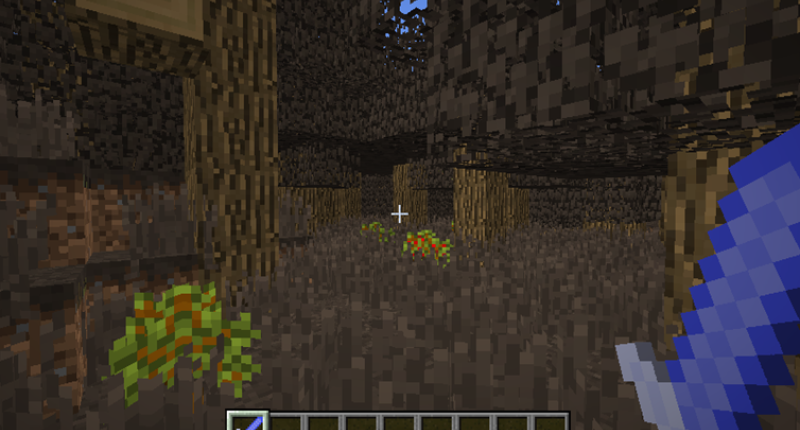 Hi-ho, Minecrafters! This is my first mod, so I wanted to make sure it was a good one! Enjoy!

-Three new tiers of alloys, created using the new ores, gold, and iron! Dull, Brittle, Glittering, and Burnished Alloys can be used to make swords or certain tools, depending on the type. Just slap two ores into a crafting table to see what new combination you might make! Refined and Master Alloys generally make for better tools and weapons! And, as an added bonus, once you get all four Master alloys, you can craft them together for a special metal!

-Three new plants, and one familiar face! The Voidflower can be crafted to get Void Rice, and Void Rice Dumplings (crafted like bread with the rice over the center) are an enlightening treat! The same can be said for Austril Bushes- revived Dead Bushes crafted with Austrillium that can be crafted for their berries. Or, if you're extra hungry, craft a classic Miner's Rose (yes, it's back!), Austrillium, and an Austril Bush together to make a Roseberry Bush. Bushes make great decorations, and harvested Roseberries taste great!

-Green Granite and Polished Green Granite! Craft some for yourself with Orcallium Shards and Granite!

-Four new biomes- Spawnfield, Tall Forest, Deep Snow, and Tsingy! Spawnfield is bright and friendly, Tall Forest is home to clay and silverfish, Deep Snow adds more icy goodness to the world, and Tsingy makes a maze of stone spires sprout up before your very eyes!

-Masterwork items, including a Masterwork Pickaxe that blasts the earth and an Undeniable Sword that calls on the sun itself!

-A Portal Spark, crafted lovingly from a Nether Star Rod (oh yeah, I went there; the Undeniable Sword requires the same).

-A portal to the true end of the world. Ever imagine what the Endermen will do with the vanilla Overworld when they inherit it?

I hope you all enjoy this! It's been a whirlind ten days making this!

Want an update? Want a specific recipe? A problem somewhere? Just ask! Want to tell me where I can find Techne so that I can add mobs? PLEASE tell me!

Here are the new features!

-Fixed the recipe for the Masterwork Axe. Also buffed the axe's native abilities.

-Bush! Get Bushes by using bonemeal, or craft a dead bush with Austrillium and seeds to get a basic bush! Plant necromancy!

-Some ore spawning rebalancing, as well as tree height management for the Spawnfield biome.

Want an update? Want a specific recipe? A problem somewhere? Just ask! Want to tell me where I can find Techne so that I can add mobs? PLEASE tell me!

The Void Rice Dumpling recipe is currently broken. This will be fixed soon.

Master Brittle Axe recipe is broken? Not to worry; the next update will fix that- as well as rebalances, new biomes, and new recipes!

NEW UPDATE! Sheap's SMM is now in Version 1.1.0! Also, just so's you know, there will likely be the addition of yet more biomes, blocks, and such as things go on, especially if I can figure out how to make mobs.

I'll give you a hint of the next update, though: it'll be rocky.

There appear to be errors with the site. There's no way this has been downloaded over 50 times already, and it won't let me edit the description any further. Hopefully it'll get worked out; nothing I can do on my end.

If anyone can help me understand things like mobs, trees, and generated structures, please look for my post in the forums! I want to get this mod back up and running with some great new content!

Thanks! I've kind of given up on making mobs work- I don't have the patience to model my ideas- but I actually did have some bigger plans for this mod originally.

I'm not sure if I'll be updating this mod again, but if you really liked it, I could be convinced!

Wish I could get inspired to make this mod a bit better, or remake it for a more up-to-date version...