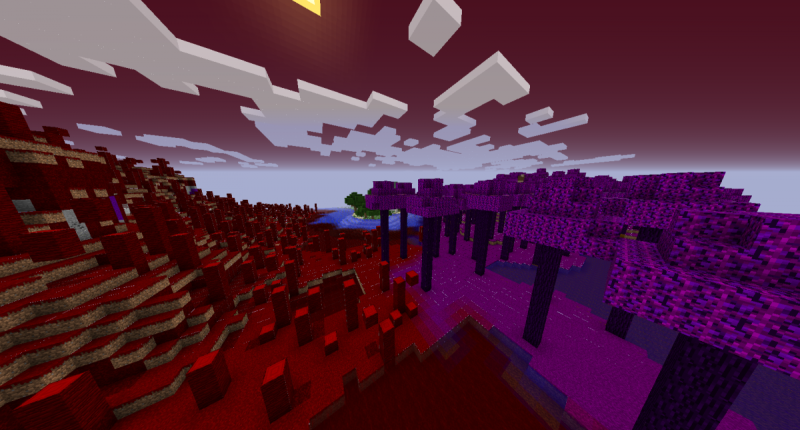 The red Brimstone desert and the violet Cretian forest... 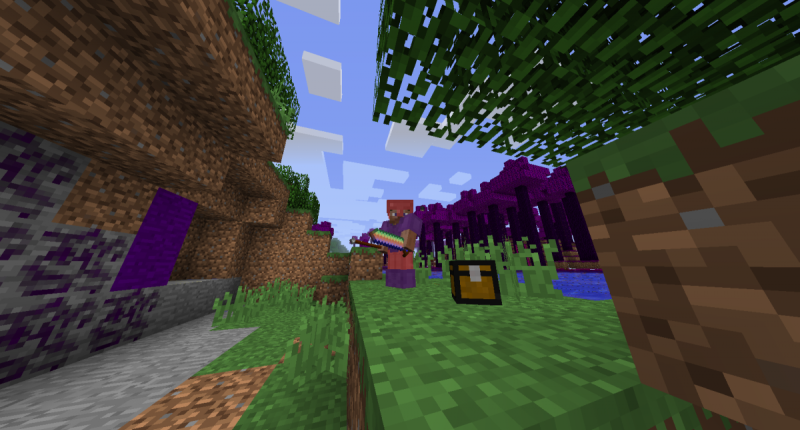 Steve with the Goldiamond sword, a basic Wand and a random spawned "World drop"... 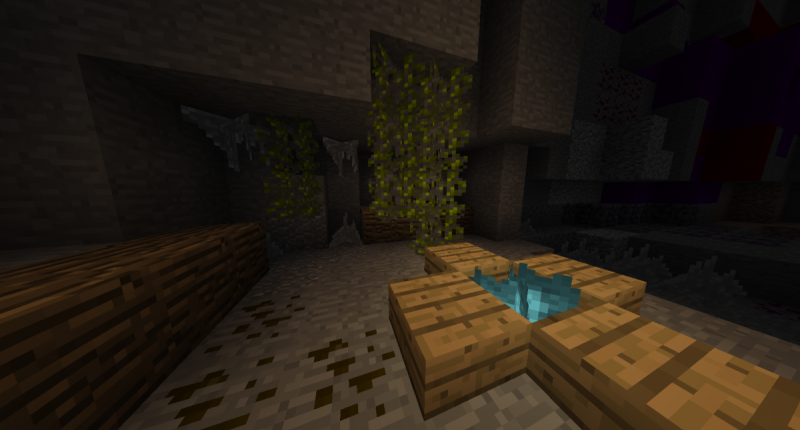 The new "Cave" plant and the "Ghost fire" 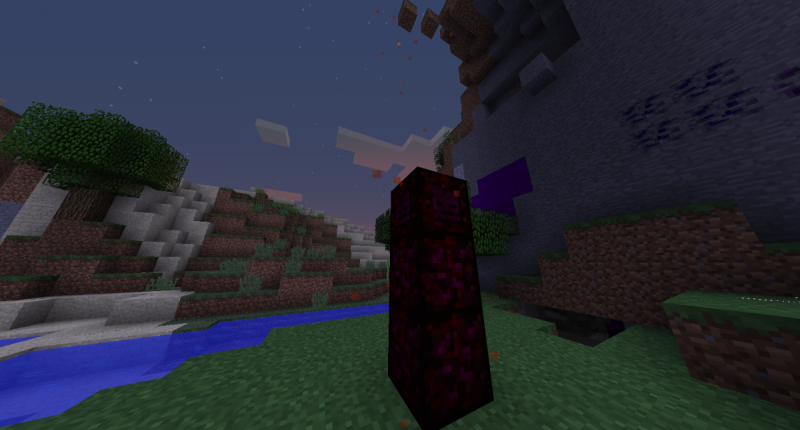 Here for you, the second chapter of the greatest magical survival mod ever created (at least from my point of view)

The Goldiamond universe 2 is finally here, and it is more dangerous than ever, in content factor maybe it is slightly smaller than the previous one, but in factor of Lores it is certainly immense, if you remember the history of the first mod, then you must discover his next chapter, get ready to discover the secret of the greatest mod ever made and that has ever included a story in Minecraft ...

After the defeat of evil with the power of crystals of Goldiamond in the first mod, a mysterious entity called "Herobrim" decided to steal the remaining crystals to keep them all by themselves, with the disappearance of the crystals two ancient entities (in the first mod underestimated and little introduced into a factor of history) are back in life, it was the Cretian and Brimstone ... CRETIAN, a poor soul lost in the evil of the world and brought back to life by the father in the form of a purple infection that does nothing but annoy the world and corrupt everything and everyone, this time also the creatures ...
BRIMSTONE, a terrible infection of blood and red mineral, which like the Cretian has also begun to expand under the earth and on the waters of the world bringing with it terrible creatures of the other world ...

WARNING!
DO NOT play this mod with the previous one in order not to cause errors in the game

The tools introduced are:

(Each of the wands is created by clicking with a Basic wand on a Tome of the Primordialys, having in the inventory a nether star and the corrective block to the type of wand desired)

Click on a block of grass to generate a flame

Click on a block of magma to generate immobile lava

click on the obsidian to make it drop immediately

WAND OF THE DARK:

Click on a lit redstone lamp to make it coal

click on a block of gold to make it become diamond

WAND OF THE LIFE:

Click on the farmland to make a seed appear

click on the seed to make it become wheat

WAND OF THE BRIGHT:

Click on an enchanting table to make it become a beacon

Click on a pumpkin to make it a Jack'o lantern

Introduced 6 magical essences obtainable by clicking with a basic wand on a specific block:

with each of the essences it is possible to create op magic weapons, each of them requires mana fragment to work

4 npc neutral to make the world more full of creatures (some useless, some useful, are spawned after killing some bosses or are found in nature)

5 bosses of the story

5 servants of the various bosses

4 World drop (World drop are small baskets that after being broken, according to their rarity, they will give you something

1 rideable and fearsome creature (Astral road walker, can wear horse armor even if it will not be displayed)

2 new Cretian foods (only for those who are desperate)

1 Ghost ignite (evokes phantom fire that produces light, does not go out or burns anything)

1 Goldiamond Star Wrath (The last sword of the game)

to summon the final boss you have to create a totem with 3 Brimgot block, on one of them (ON THE TOP) CLICK IT WITH A SKULL, AFTER THAT CLICK IT WITH THE BASIC WAND AND... WELL...

and a hidden easter egg ...

I HOPE YOU ENJOY IT, I WISH YOU GOOD LUCK FOR THIS INCREDIBLE EXPERIENCE, PREPARED, THE CRETIAN AND THE BRIMSTONE WAIT FOR YOU...

In addition, each boss drops his personal Lore, enjoy reading them ...

use the NEi to see all the crafting, you can dowload a simple crafting tutorial in the dowload files...

Minecraft 1.12.2, the mod is perfectly complete

We have now fixed the issue.

Getting The Mod Now! Looks Cool!

I'm about to get the mod! If my computer will let me...

I just downloaded the mod, and it is a really good mod! I might even do a full gameplay! There is no surprise this got on the MOTW. And btw this is the first mod I have ever downloaded ever!

On what's MCreator you creating mod?

Nice mod, a worthy sequel to the original :)

And you have not seen anything yet, the last chapter is about to come out, it will take a while, as it is very special, but will end the adventure in an epic way, with a minimum of more lore than the previous chapters ...

besides, there is a special guest in the upcoming final chapter, I just say ...

Phosphophyllite and others, are about to become part of the adventure ...

thanks anyway for the compliment, I appreciate it