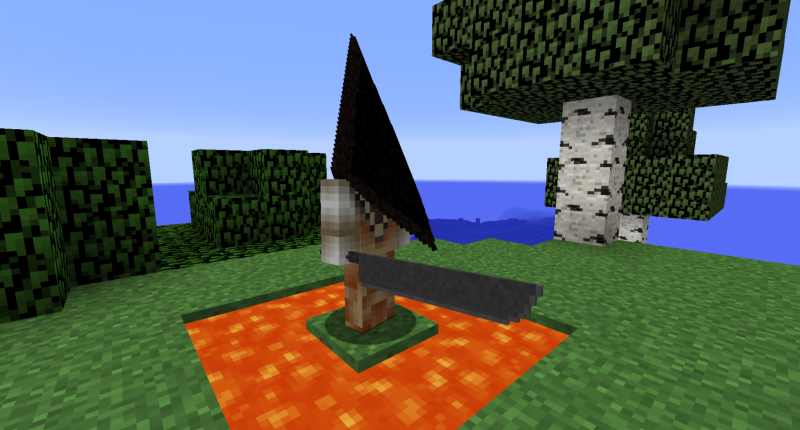 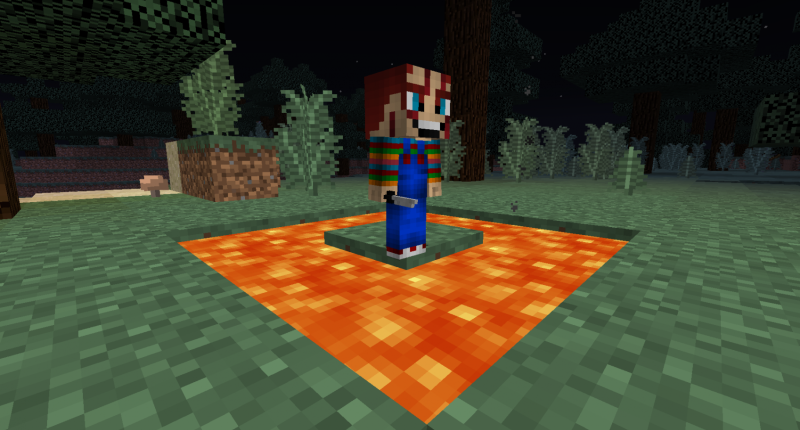 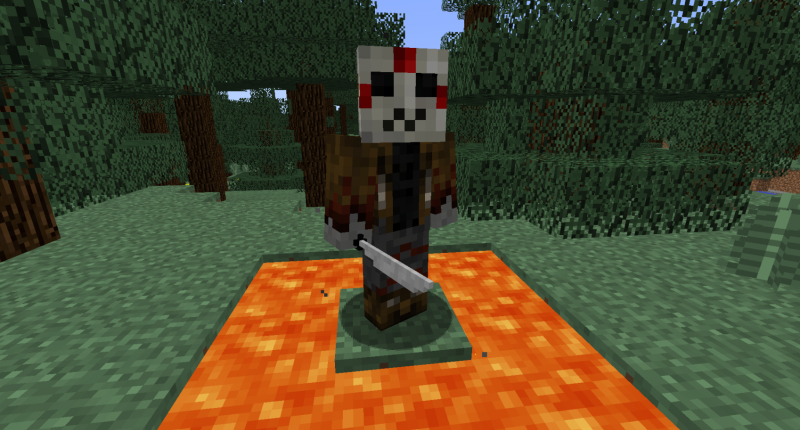 Multiplayer Compatible! (only version 12.1 and up, comment if it doesn't work. PLEASE REPORT ANY BUGS IN THE COMMENTS)

Check out my new mod CannabisCraft

Lowered health of most monsters

Fixed a bug that caused Chucky to spawn without a weapon

This is an amazingly terrific mod, I love that their weapons are 3d. I also love all of these characters, thank you for this mod.

Thanks you and you’re welcome! Stay tuned tomorrow
I’m going to update the page with the new version which adds Pinhead and Pennywise

What website do you use to model your weapon?

Cubik studio, it’s a paid software. I believe it costs about $30.

Blockbench does better and is free
better check next time