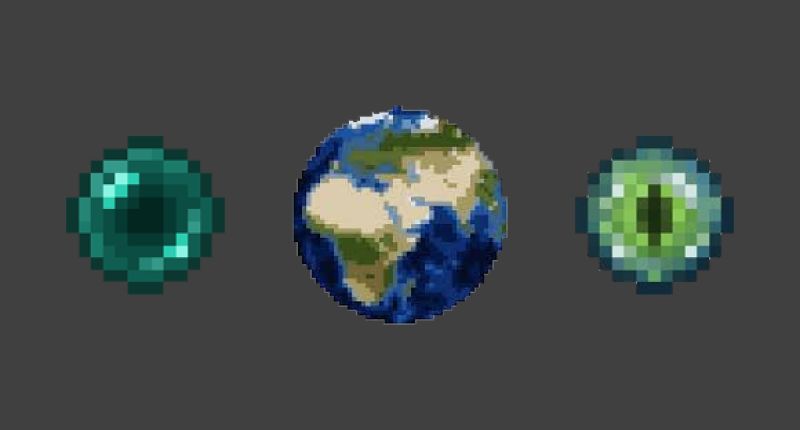 Additionally, two "Pearls of The World" can be crafted from a Eye of The Void, Eye Of The Mine, Eye of The Sky, two Pearls of the Sea, and four Grass Blocks.

A New Item, "The Magical Bottle" is added as well. It can be filled with Essence. Different types of essence can be obtained via a 25% chance when clicking on various things with the bottle in your main hand. The Hellfire Essence can be obtained from fire in the Nether, Void from air in the End, Wind from air at an altitude of 127 or higher in the Overworld, and Essence of the Deep from clicking on Bedrock.

Holy Water Essence is unique as it requires a Totem of Undying, or both a Golden Apple and Golden Carrot to be in your inventory. Alternatively, you could have a End Crystal/Nether Star with a Redstone Dust/Glowstone Dust.

Bewarned, if you are attempting to enter the Nether or End for the first time using a pearl - the game will crash.
Once you reload it works fine.

This mod uses no World Varabiles, and as such, should be able to work on multiplayer servers.

Hope you enjoy! If you have any ideas to help this mod (or any of my other ones) message me at Timelord10sMcreator@gmail.com

What do the different pearls and essences actually do?

I've updated the mod page to include this information.