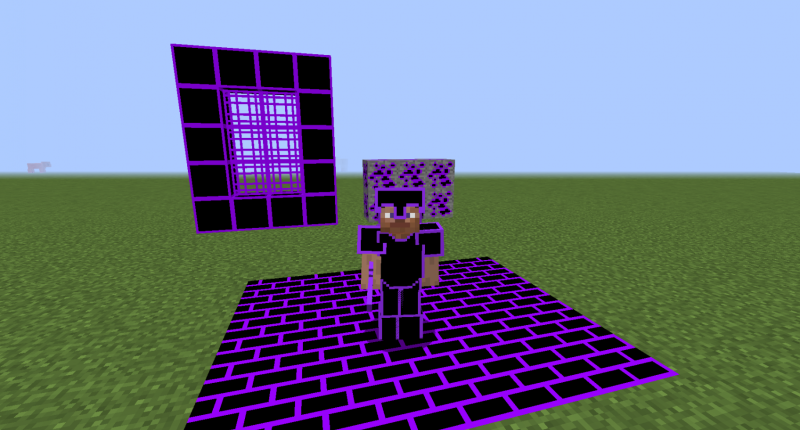 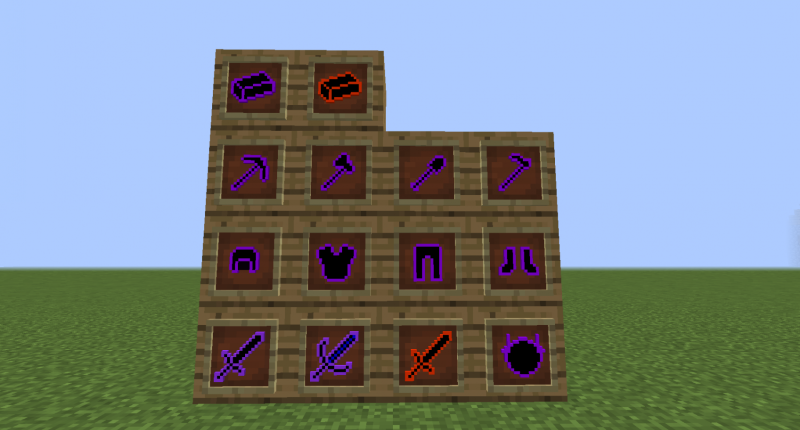 Items in the mod. 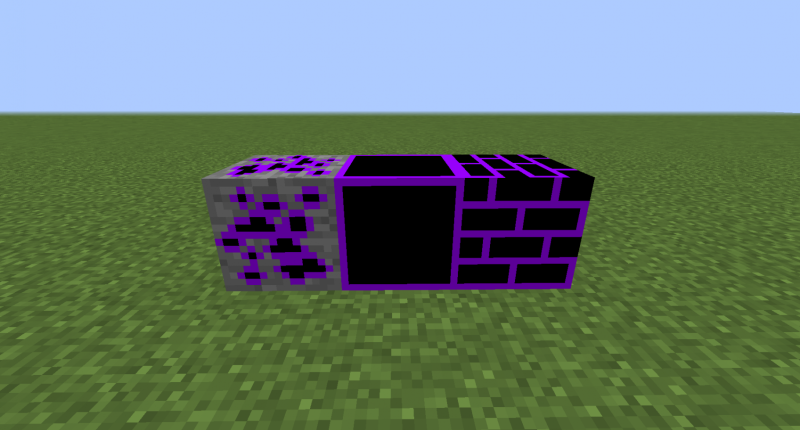 Blocks included in the mod. 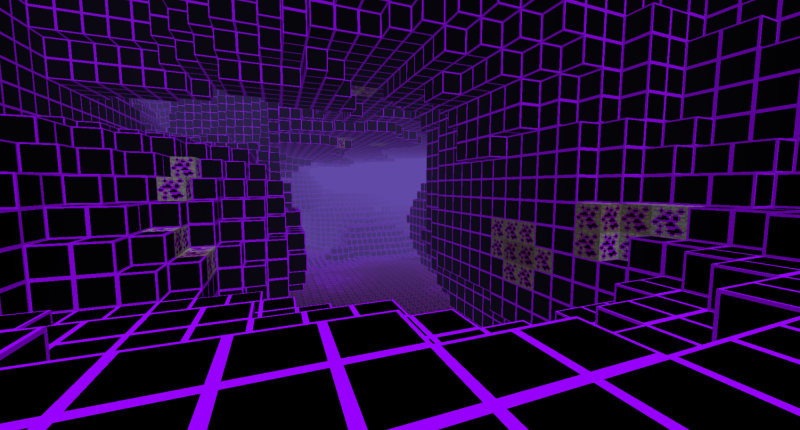 Dimension in the mod, The Void. 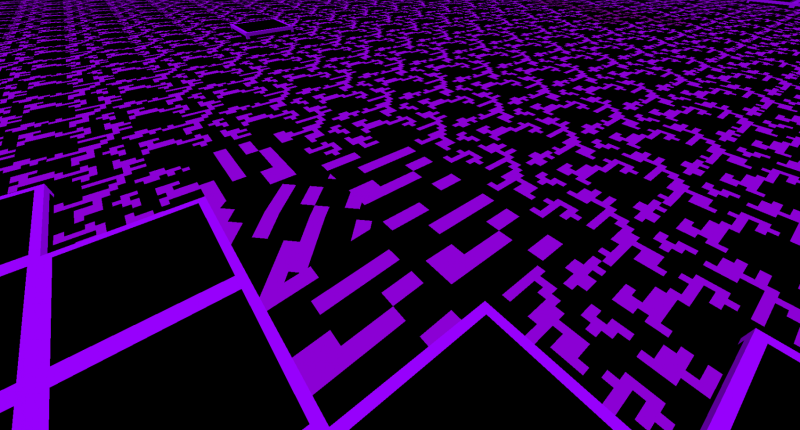 Liquid in the mod, cannot be put in a bucket.

The Void Equipment mod is centered around a mysterious dimension known as The Void. This dimension came out of nowhere, corrupting a part of the earth and nether, and breaking it off into a new dimension. Many items can be made from Void Materials, and all of the items are insanely powerful or durable, but that comes at a cost. To even get one Void Ingot, you need a diamond pickaxe.  And, the ore is found right near bedrock, and it's really rare, like it took me at least 5 mins in creative to find it, but your luck may differ. Venture on, because a journey to The Void awaits!

-Void Ore. Can only be mined with a Diamond Pickaxe. It drops one Void Ingot. This ore is found near bedrock.

-Void Ingots. Can be used to craft a Void Sword.

-Void Sword. Crafted like a normal sword, but using Void Ingots. It does insane damage.

-The Void Dimension. The portal is 4x4 standard nether portal design, using Void Blocks as it's frame. Void Blocks are crafted by placing a Void Ingot in every slot of the crafting table surface. The portal is lit using a Void Artifact, crafted by placing one Void Block in the center of the crafting table surface, and placing four Void Ingots around it, like a plus sign.

-Void Ore is now found closer to bedrock than before, and it's spawn rarity is higher.

-Void Ore rarity increased, and it's harder, so it takes longer to mine.

-Added a new sword, Void Sword Nova. To craft it, you craft like a normal sword, except the ingots are Void Swords, and you put two Void Artifacts on both sides of the middle sword. It is extremely powerful.

-Added Void Bricks, which is made by placing Void Ingots around a brick block in a chest pattern.

-Changed mod description and version in the forge menu.

Please improve your mod picture. Make sure it does not contain hot bars and other Minecraft GUI elements. Thanks!

ok atleast you know the void is purple and not black

Minecraft technically already has the void, so I think you should change the name. You can keep the same feel, but try for something more original. Examples: The Oblivion, Acheron, Erebos.