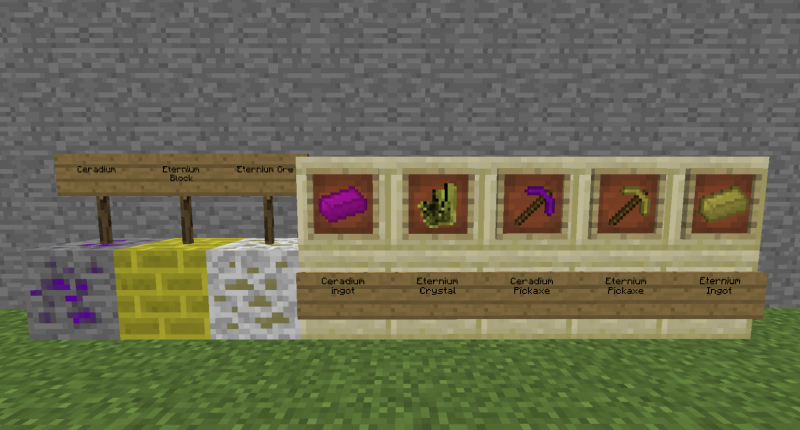 A picture of all of the items added to the game...

now, don't think this is just another diamond ore, because this ore only spawns four in every 32 chunks or just under 2.1 MILLION BLOCKS!

now... let me tell you the process.

So you need to harvest Ceradium ore x3 because that's the only pickaxe that can mine it. then you need nine Eternium crystals to make one block. now you

glorious sticks in the crafting bench and you have yourself a pickaxe so divine not even GOD could touch it.

Nice mod, but you could improve the textures

Thanks for the feedback!