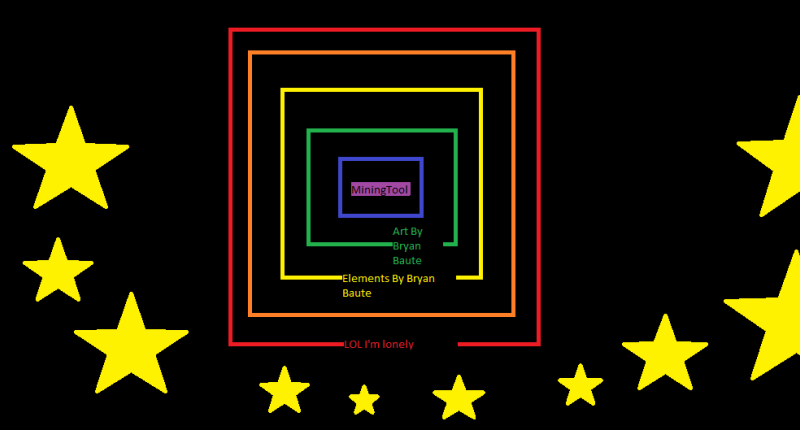 MiningTool was created by one person.

I was on my computer (Windows 10 - and you?) when I decided to use MCreator, so I did! I simply played around with the application until I brewed MiningTool up. The new modification adds: a Chain Nuke that makes an explosion bigger than TNT does (an explosion power of 6, which is also stronger than a bed blowing up in the Nether or the End) only after being blown up, some AutoNT which blows up once you place it, a SmeltTool which works very well (64,000x smelt power), and an actual MiningTool UI - about that. The first option creates a small staircase to reach the stone layer, and the second one gives you an OP Pickaxe! Also, I implemented a dimension to tes it out! Use the Diamond & Steel to ignite the portal - made of Emerald Blocks! Then... that's it. Have fun!

Nice mod, but you could add some images