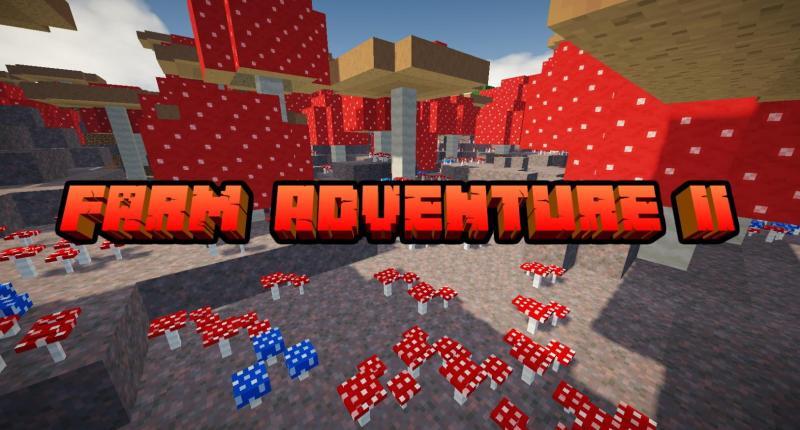 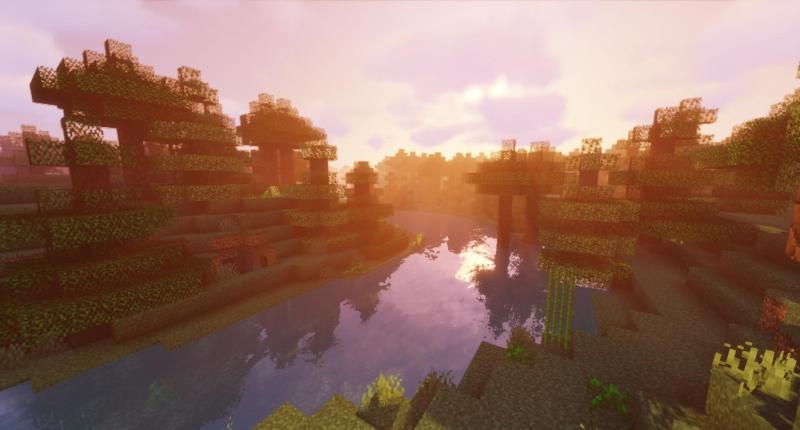 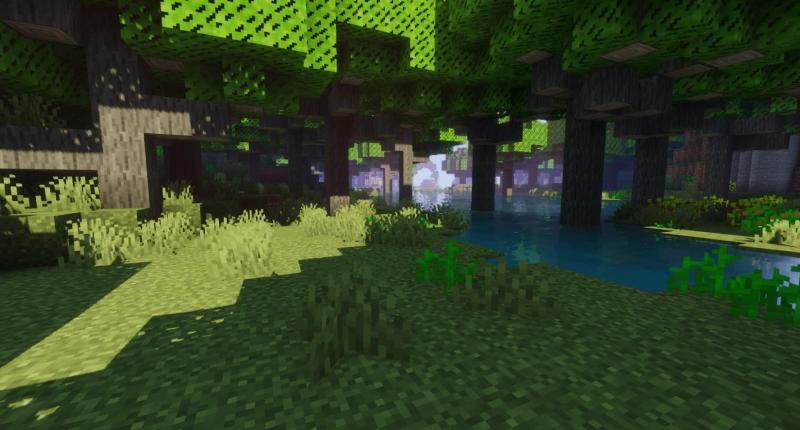 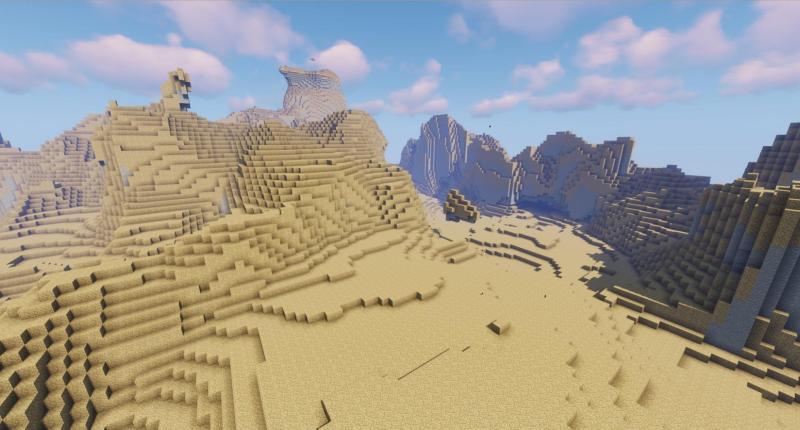 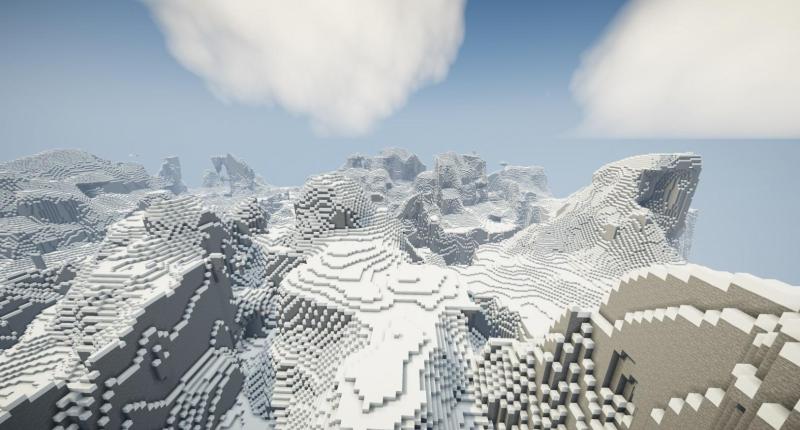 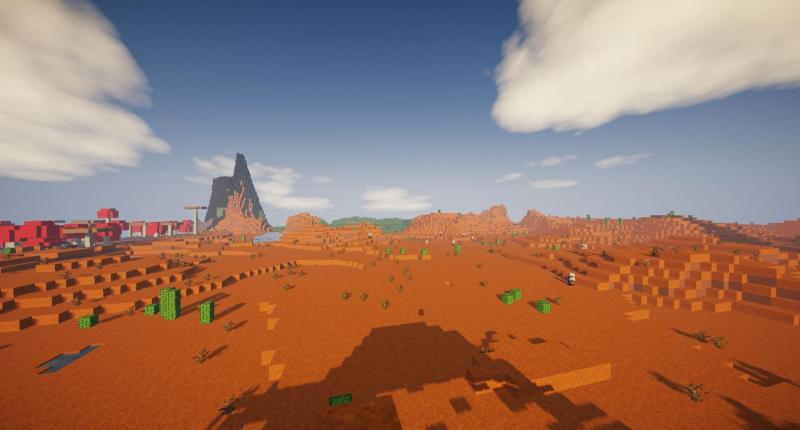 Welcome in the world of Farm Adventure, an adventure into a new world.

What is Farm Adventure?

Farm Adventure is a mod about adventure and exploration and the elements. You will discover several new biomes and dimensions, meet a lot of new creatures and monsters and have one of the best adventures of your life on Minecraft.

A small preview of some of the biomes 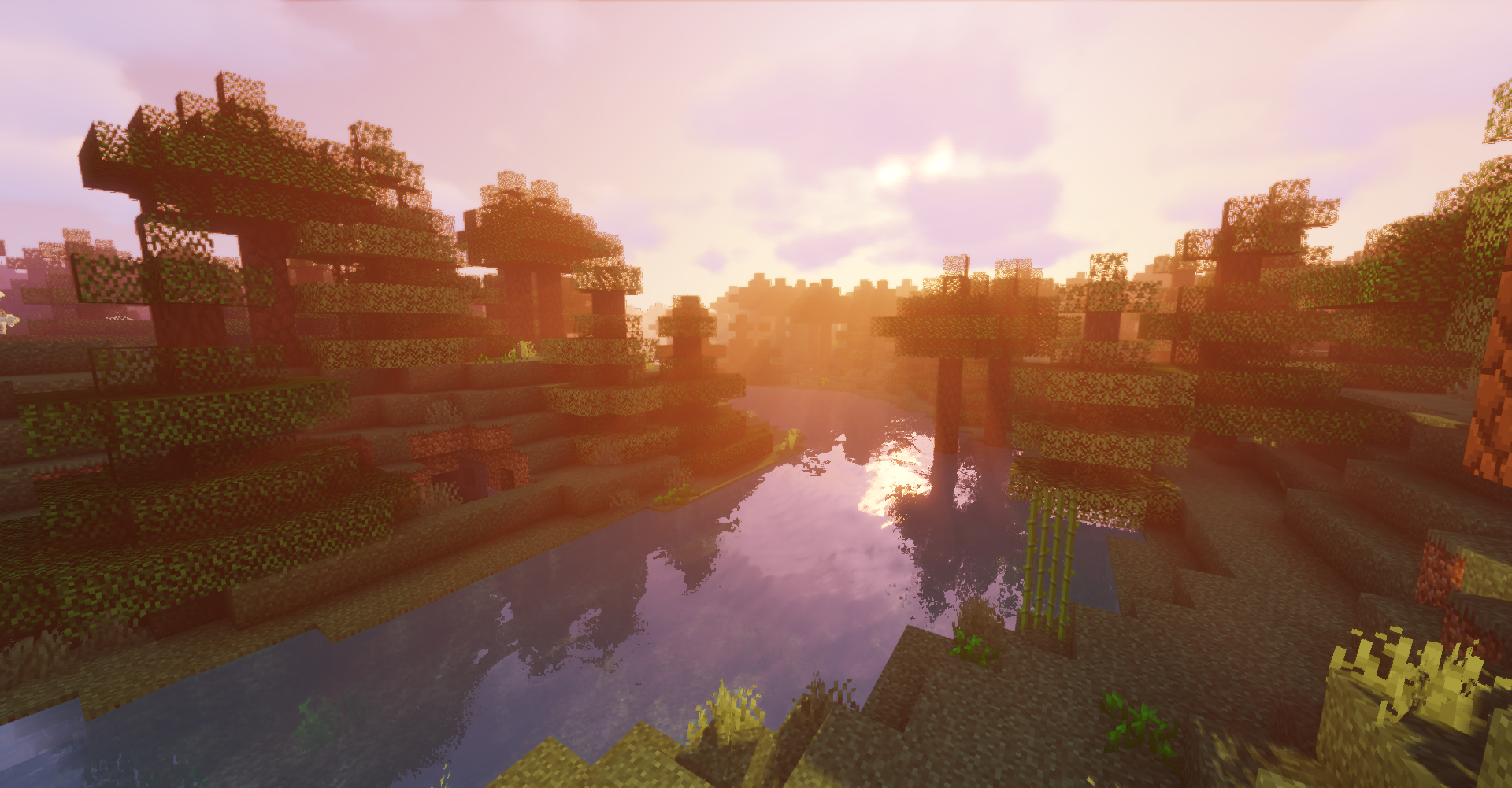 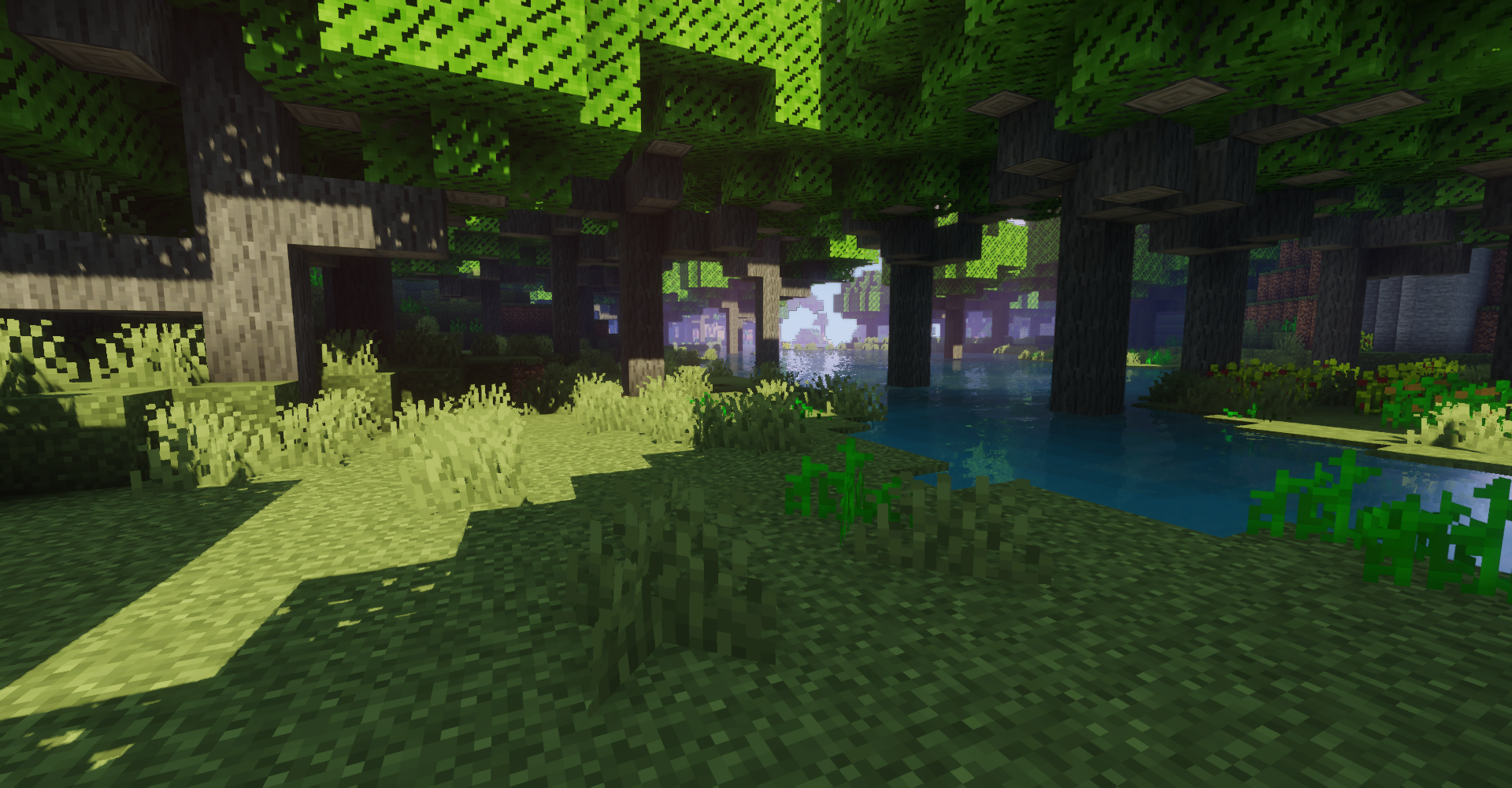 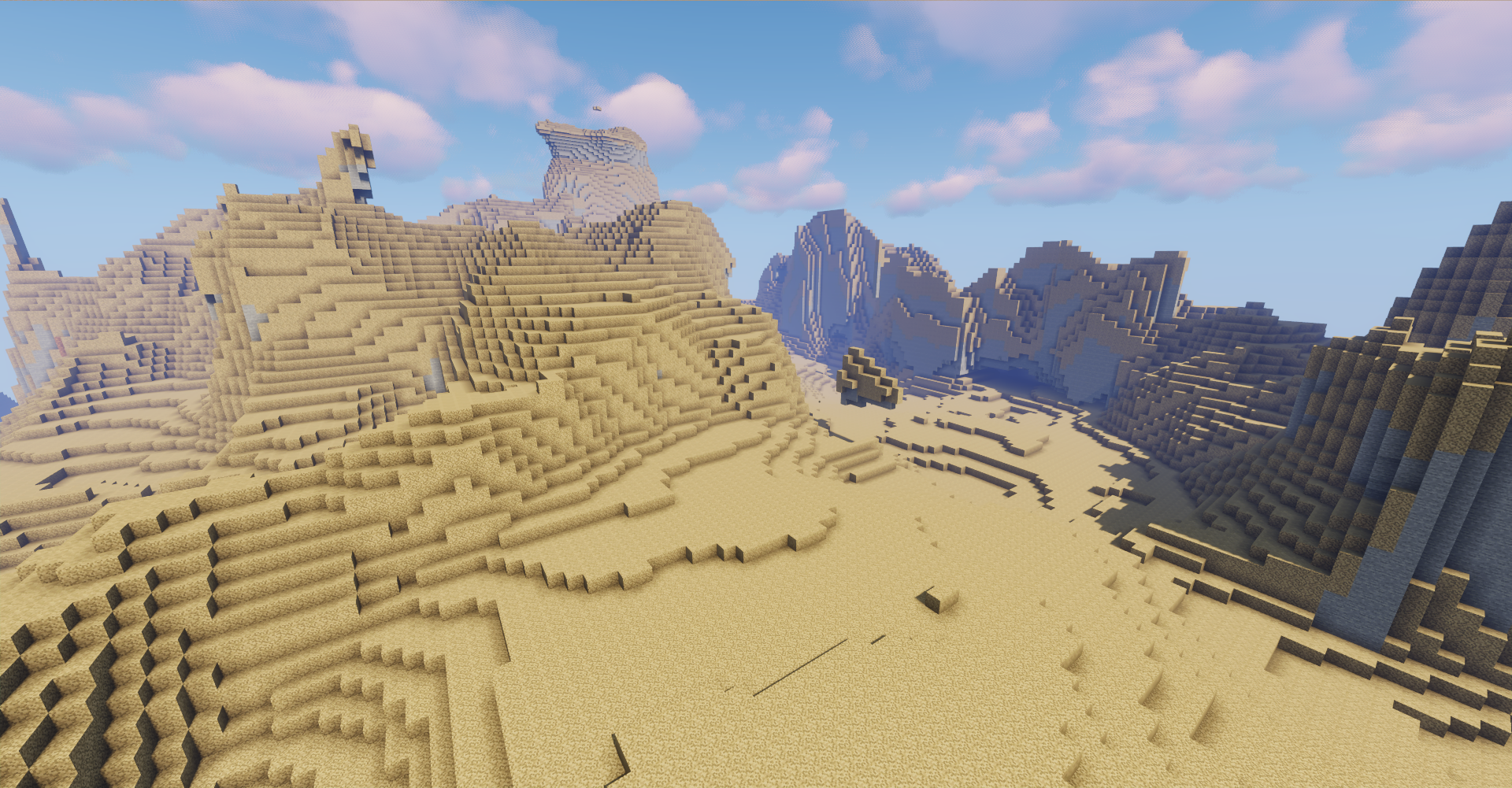 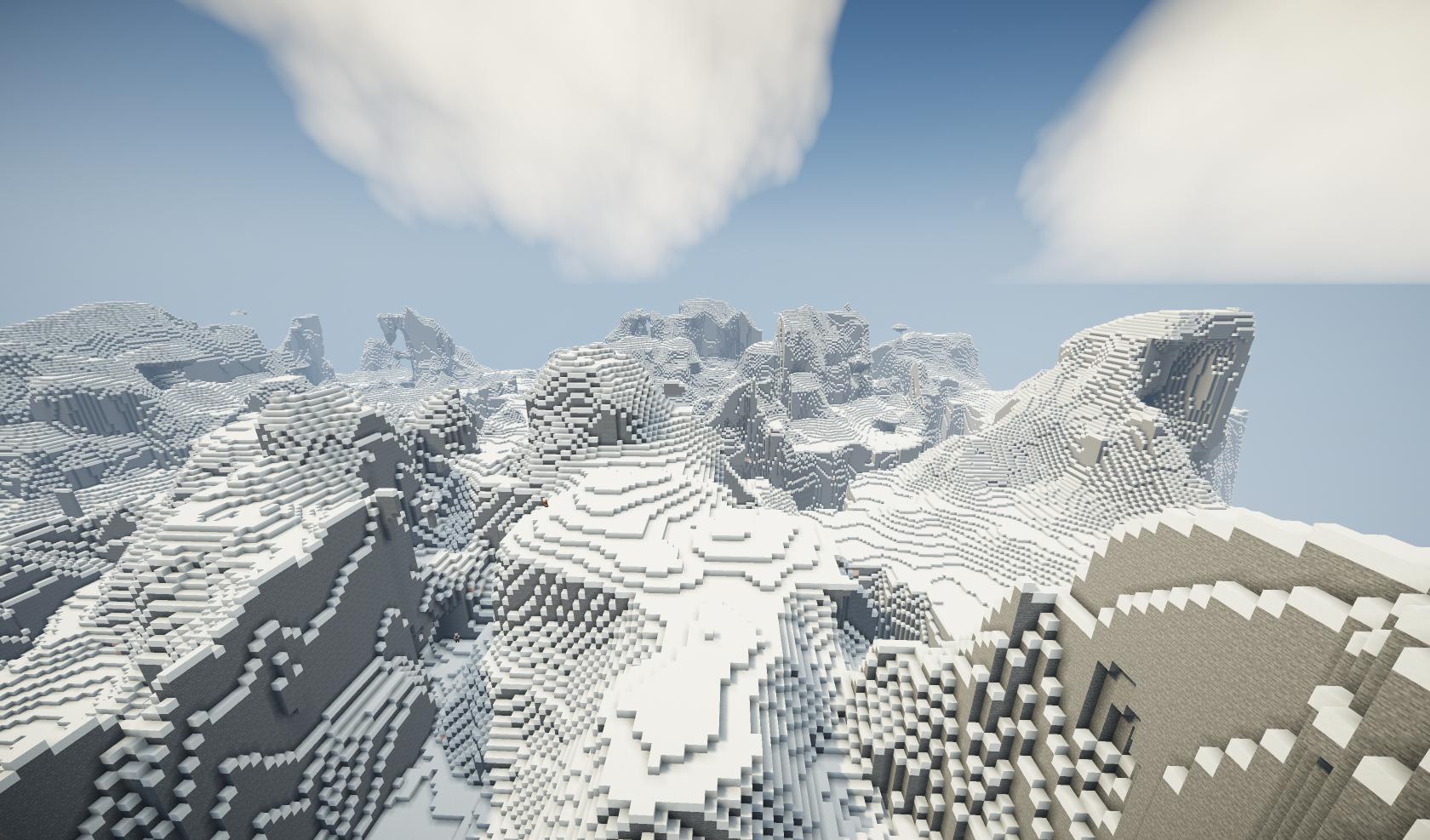 Larch Forest with its house 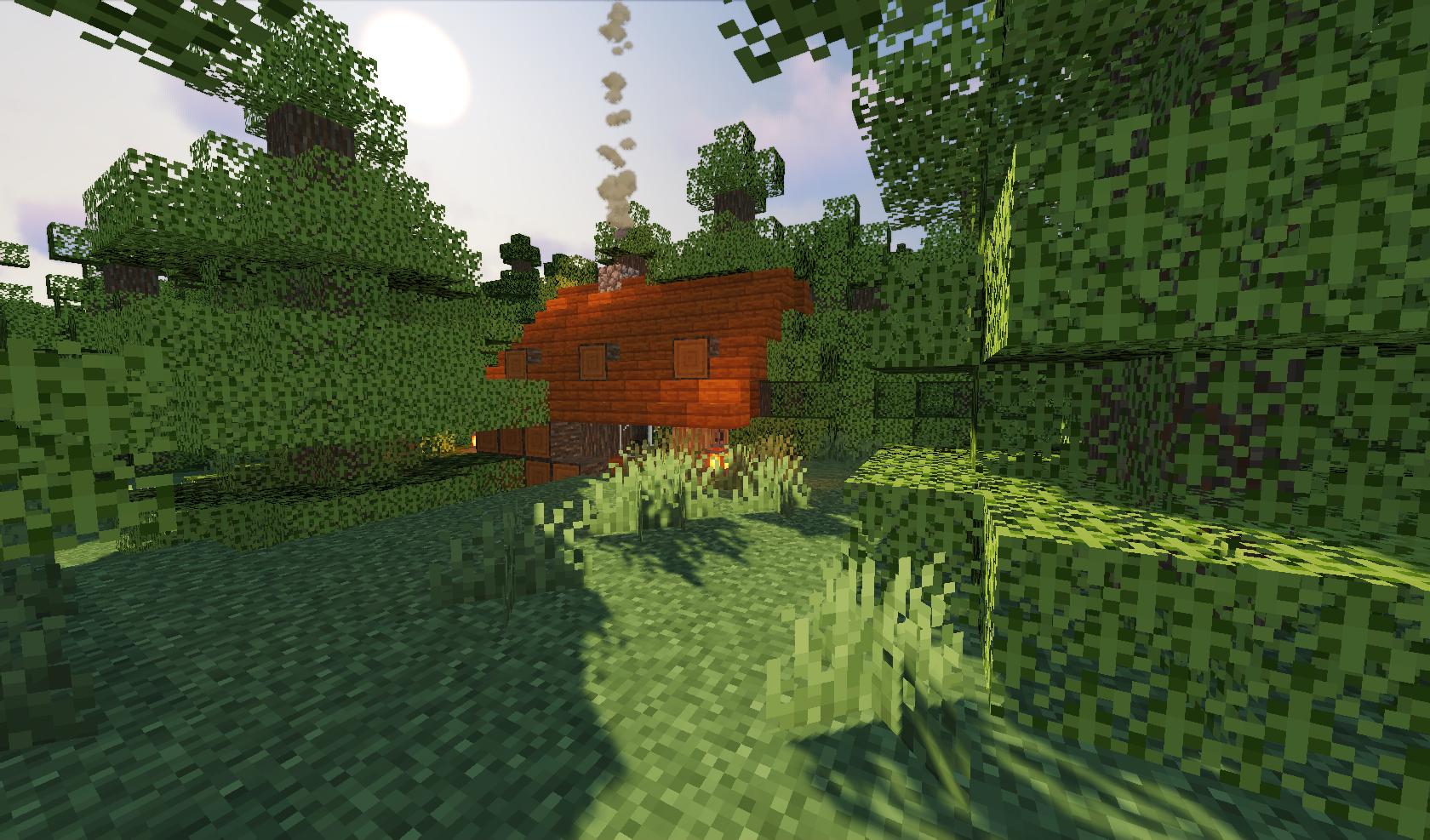 Inside the house (Each house has a different inside.) 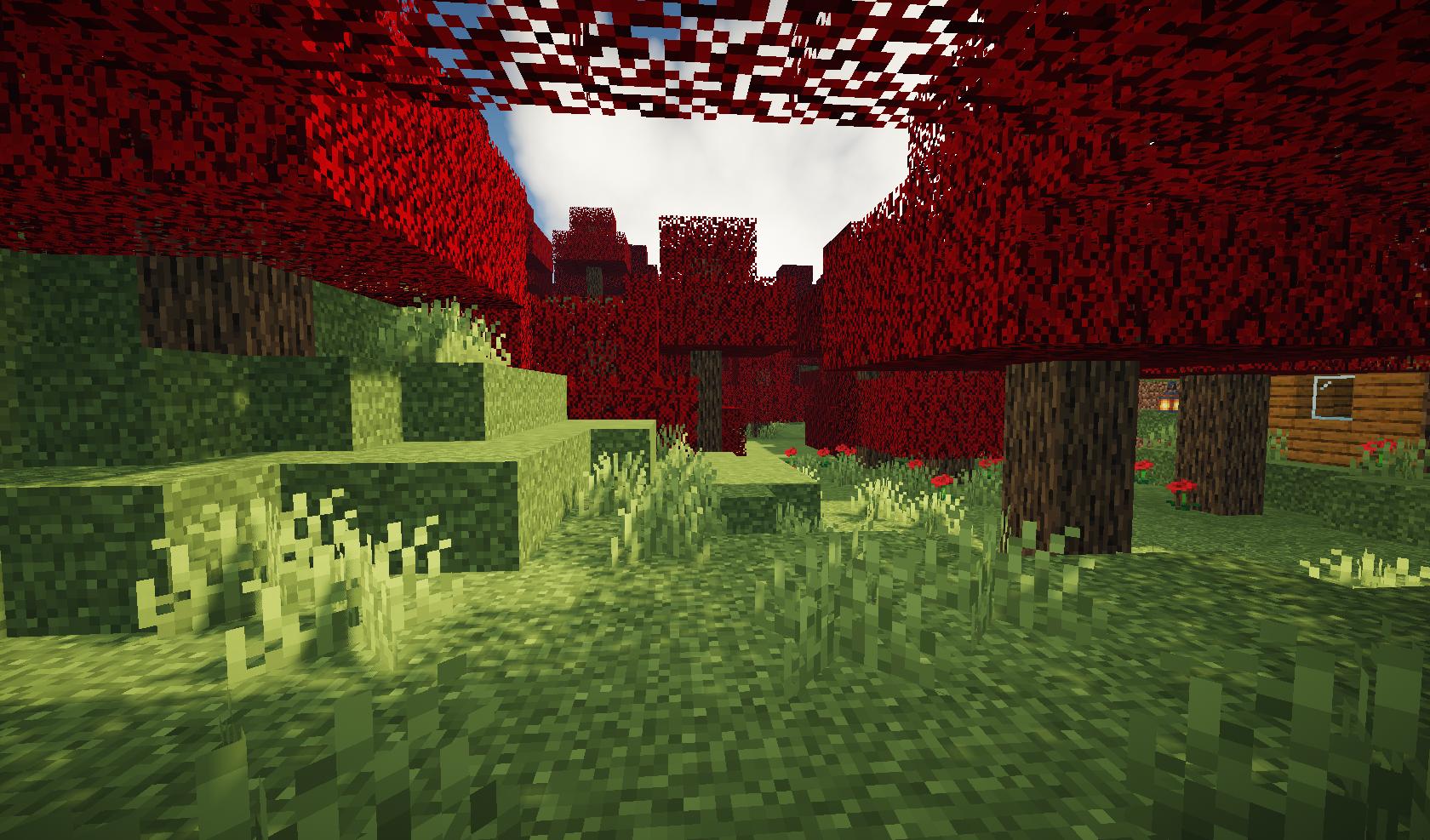 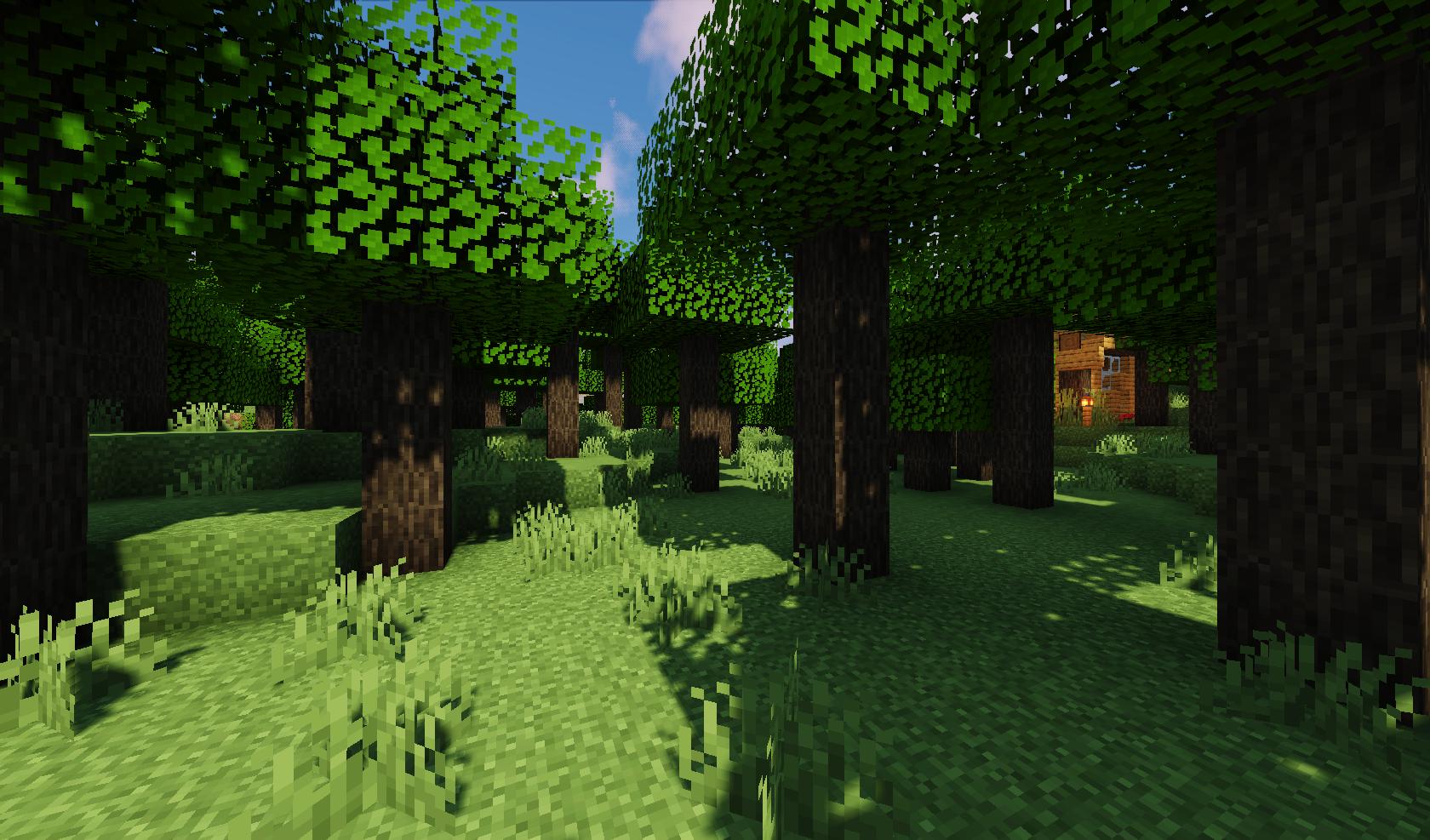 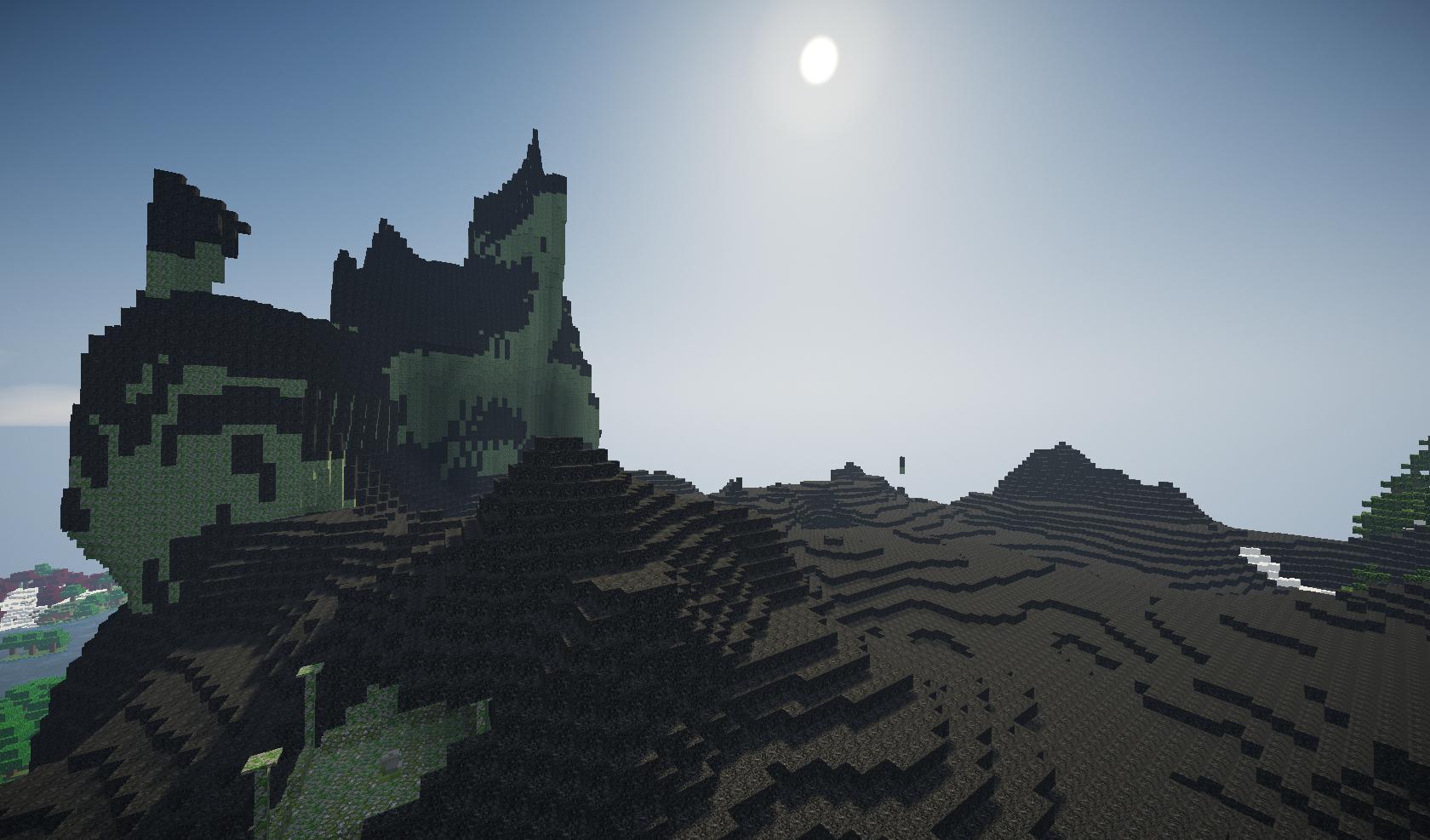 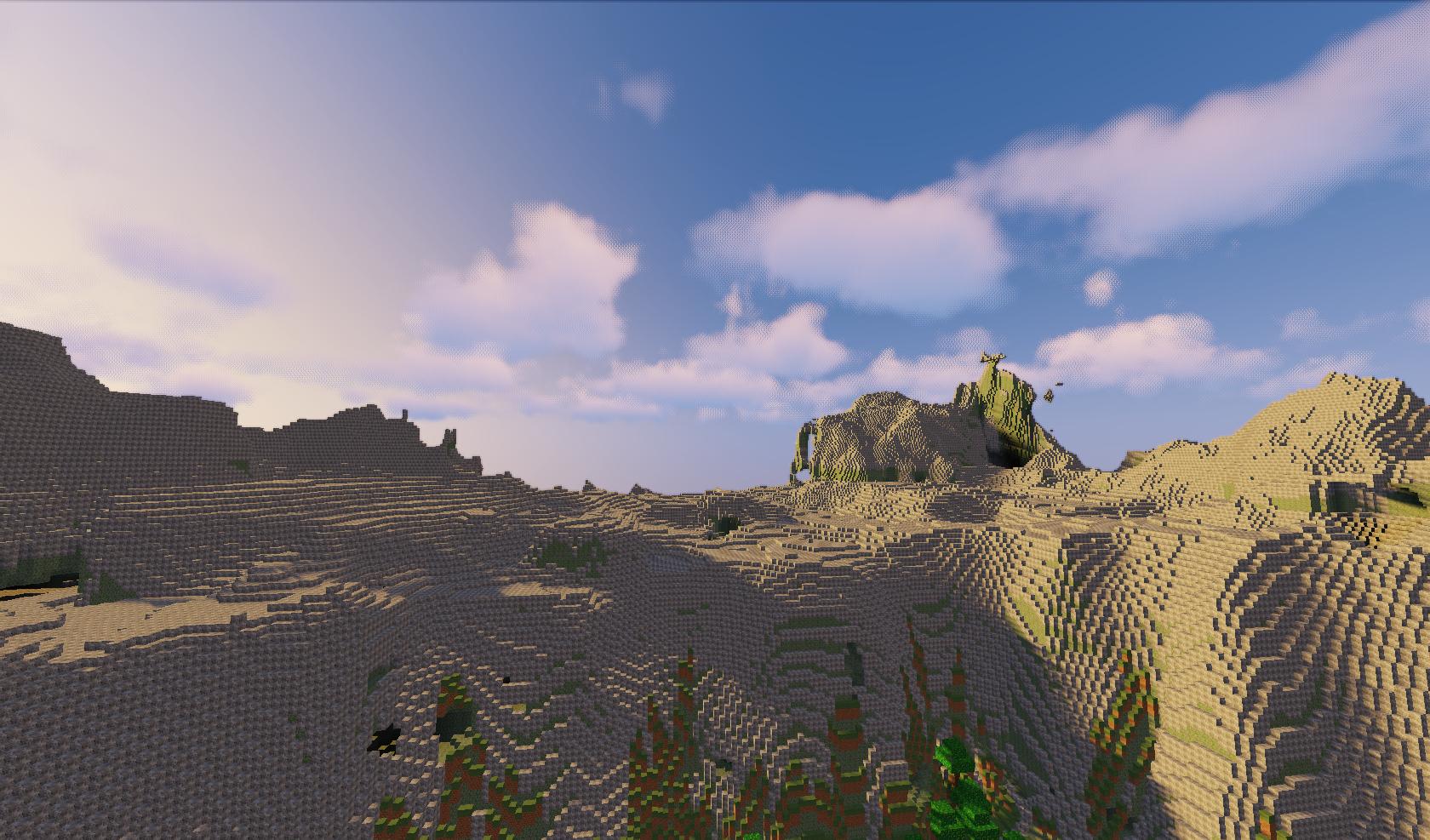 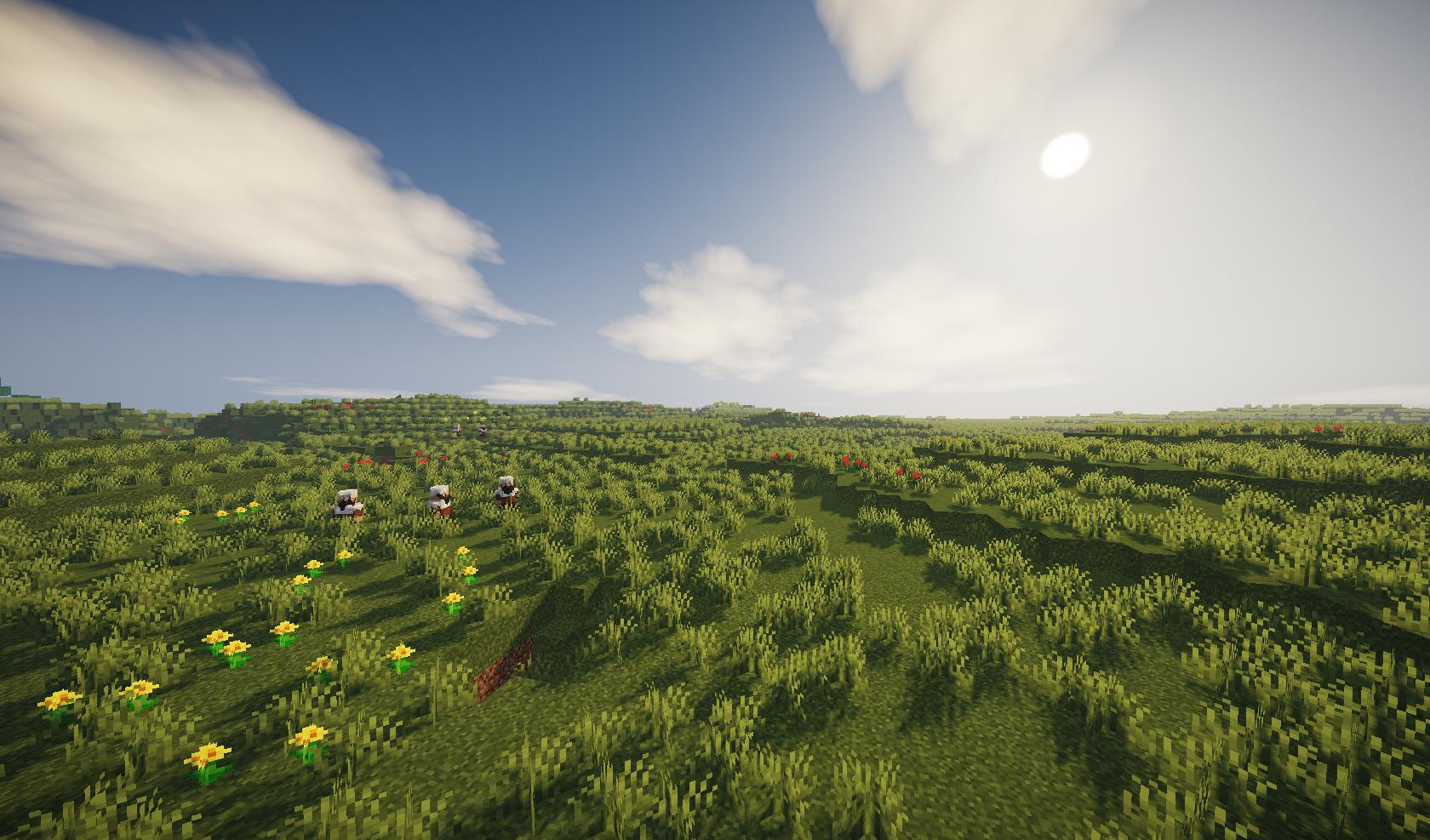 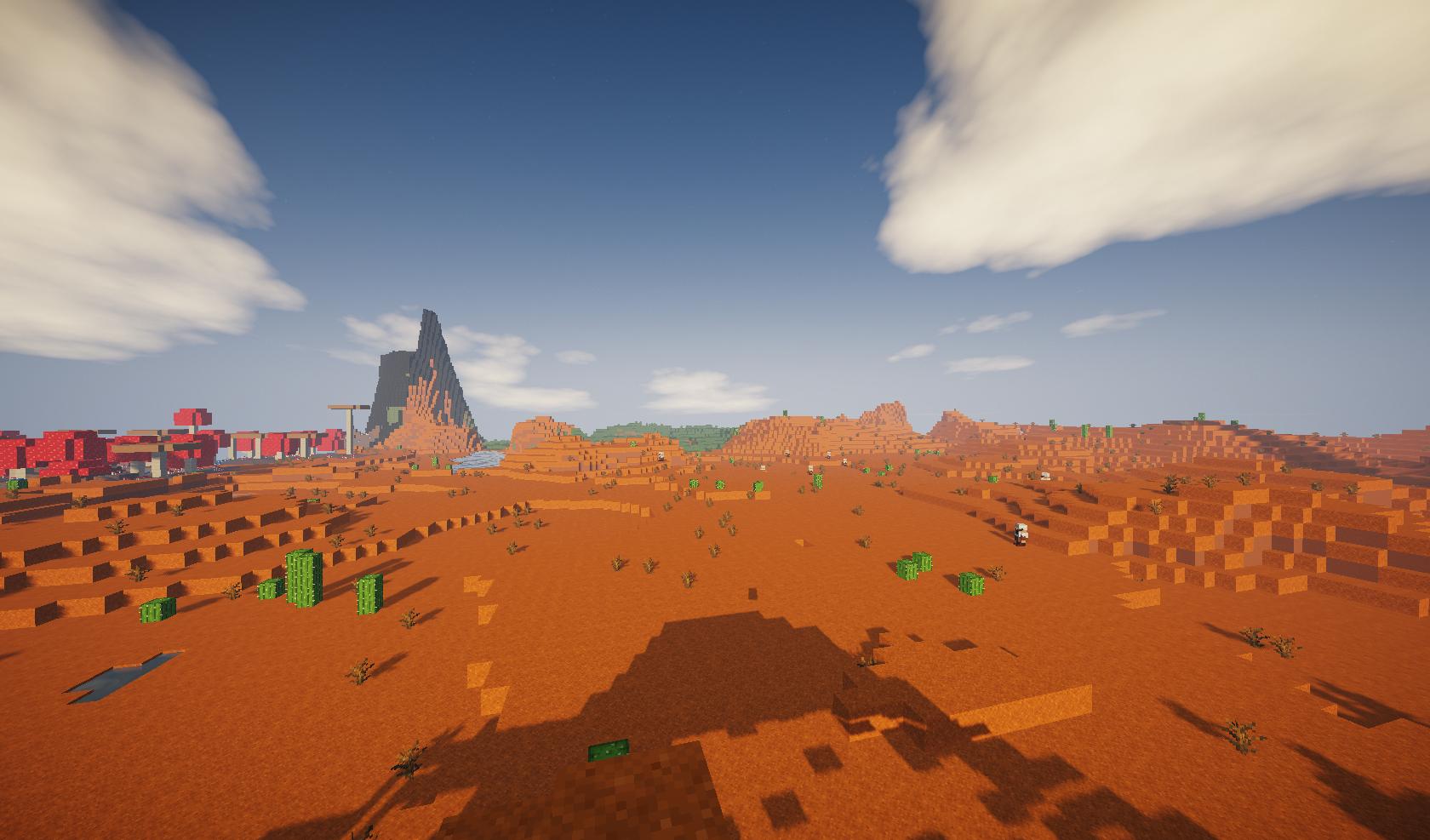 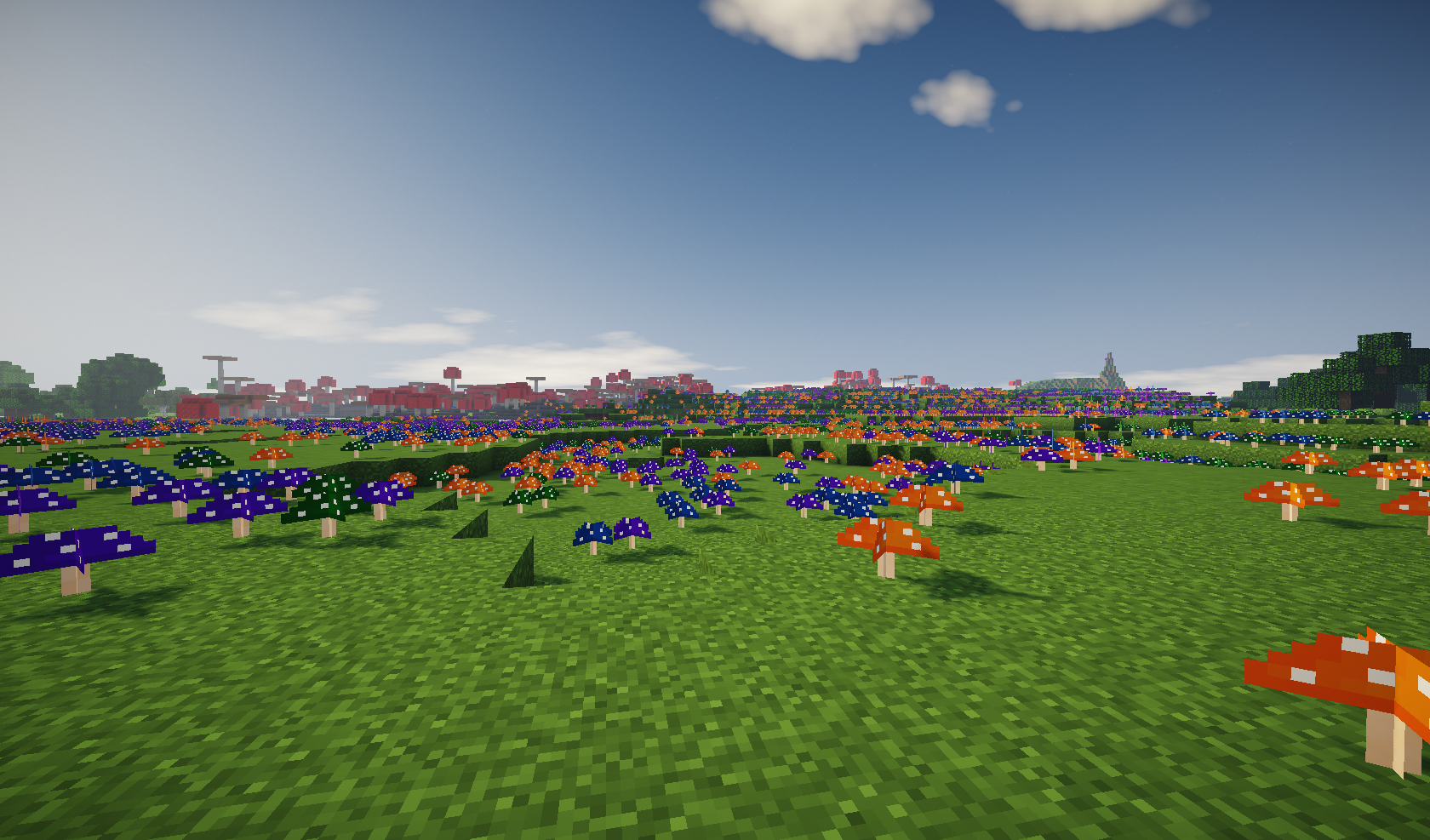 And even more beautiful biomes!

// This is not a complete changelog because I started to work on a new version several months ago, but I did not continue it.

- Improve a lot the performances

- Fixed all recipes using tags that could not be used

1.15.2-1.0.0-alpha10 (August 4th, 2020 - 896 mod elements):
- Deleted dimensions
//Everything will now be in the Overworld, Nether or the End (not totally sure for the moment)
- Added the Yeti and whales
//The Yeti is the first boss you will need to fight for the Earth element.
- The Wither, the Ender Dragon and the Elder Guardian are now the first boss for the fire, air and water element.
- Added the Western Cedar and Eastern Hemlock Forests, Sahara Desert
- Added Western Cedar and Eastern Hemlock wood types
- Added the tomato plant
- Added wooden fence gates
- Added Mineshafts, Pillager Outposts and Vanilla Villages in biomes
- Added more Italian translations (Thank you to Domakingo)
- Improve the Aquamarine Hammer to mine in all direction (above and under the player too)
- Texture changes
// New texture for the Teleportation terminal,
//Change 32x32 textures for 16x16 textures and change some colours for the aquamarine stuff
- Aquamarine ores now spawn in biomes tagged with WATER, OCEAN or RIVER.
- [Bugfix] Some Sugar Maple blocks were named Larch
- [Bugfix] Minors bug fixes and changes

- Update mod for Forge 1.15.2 - 31.1.63
- Added Himalayan Salt Powder
//You get Himalayan powder when you mine Himalayan salt block or when you put a water bucket into a furnace.
- Added Elemental Fragments
// You will receive one fragment when you kill each Elemental Boss
- Added 25 Advancements
- Added Blue, Green, Orange, Purple Amanita Muscaria, Lepista Nuda Mushrooms
- Added Tomato, Beans and Corn (Food)
- Added the Mushroom Plains
- Added the Grass Dinosaur Gem
- Added trades for the Explorer Dwarfs
// Right-click on them with a topaz gem to get ingots or gems
- Reintroduce the Fertilizer spell
//It applies a real bone meal effect 64 times.
- Himalayan Salt Block is no longer subject to gravity.
- The Grass Dinosaur is now the second boss for the Earth Dimension
// It now spawns only with a specific procedure. Check the Wiki for more information
- Reduce the number of trees in the Autumn Forest
- Increase the number of trees inside the Savanna and Clear Forest, Mushroom Forest
- Replace Grass blocks by mycelium blocks in the Big Mushroom Forest
- Change Magic cost for Spell
- Remove first stage of leaves with fruits and change leaves id (now unripe and ripe)
- Change generation of the mountain peaks
- Reduce Plantation biomes spawning
- Some minor changes
- [Bugfix] Dimensions had more and more caves each time entered
- [Bugfix] Slabs and stairs did not have proper light opacity behaviour
- [Bugfix] Other minor bug fixes

1.14.4-1.0.0-alpha7 (April 12th, 2020 - 439 mod elements):
- New version format
- Added Farmer, Warrior and Explorer Dwarfs
// Right click on them with a topaz gem in your main hand and you will trade with them.
- Added houses into some custom new biomes
// Houses are only into new forest biomes
- Added new biomes: Great Lakes, Ash Forest
- Added Ash wood type
- Added bark version for all new wood types
- Added the aquamarine hammer
// Due to the Minecraft directions, it doesn't work when you look at the sky or the ground.
- Added new biomes to the Water Dimension
// All Vanilla oceans, river and beaches have been added with the Great Lakes

- Added a Wiki page
- Improved the Spell system
//To use spells, you need to have magic. This magic is different for each element. To get magic, right-click on the element.
//The system is currently only activated for the Earth spells. Other spells will work like before.
- Removed the Topaz Sword
- Increase Topaz Ore spawn
- Change the recipe of the World Change Block
- Change the generation of the sugar maple trees (They should spawn properly now.)
- Change the way that the Fertilizer spell work.
- Change the textures of the World Change Block and the Teleportation Terminal
- Sea Walker is now activated for 2,5 minutes.
- Reduce the spawn rate of biomes
- Some little changes with the World Change Block and the Teleportation Terminal
- Deactivated the Fertilizer spell
// I'm remaking it.
- Some other minor changes
- [Bugfix] Swords had the wrong attack speed.
- [Bugfix] Alpine Larch Forest, Larch Forest, Sugar Maple Forest and Snowy Sugar Maple Forest didn't have trees in the Leaf Dimension.
- [Bugfix] Larch logs didn't have rotation.
- [Bugfix] Sugar Maple blocks had the wrong textures.
- [Bugfix] Larch logs couldn't be break at the hand.
- [Bugfix] The attack speed of the aquamarine pickaxe, shovel and axe had not been changed.
- [Bugfix] Some French translations were missing or wrong.
- [Bugfix] We couldn't place blocks in right-clicking on sugar maple log without shifting.
- [Bugfix] The cobbled water stone had a black pixel on its texture.
- [Bugfix] Spell menus had the player inventory activated.
- [Bugfix] Buffet did the wrong thing.
- [Bugfix] Himalayan salt didn't generate into the Earth Dimension

- Removed the Guide Book (It will be re-added later.)
- New package name
- Change Basalt and Dacite Mountains generation
- Badland Desert and Savanna and Clear Forest now generate in the Overworld.
- Goats now spawn into the Alpine Larch Forest (Removed only Basalt and Dacite Mountains)
- Change stone crafts of the crafting table and the furnace for the stone cutter, the smoker, the campfire and the blast furnace
- Improved wood and leaves flammability
- [Bugfix] A recipe to craft the Special Milk with an Aquamarine Ore wasn't removed.
- [Bugfix] Change "Savana and CLear Forest" for "Savanna and Clear Forest" (ID too)
- [Bugfix] Change the weather with the World Change Block didn't work.
- [Bugfix] Dacite and limestone blocks spawned into the Overworld.
- Some other minor changes and bug fixes

Sorry for the late update. I didn't have time in the last month.

Thanks you ! I hope you will like future updates. :)

Thanks a lot ! :D I will try to make it even more nice.

We will see the opinion of Matej, but thanks. :)

Okay thanks you, I will try to improve it for the next updates.

Thanks :D And yep, the first part is here !

yay! I'm excited about the potential of this mod's development!!