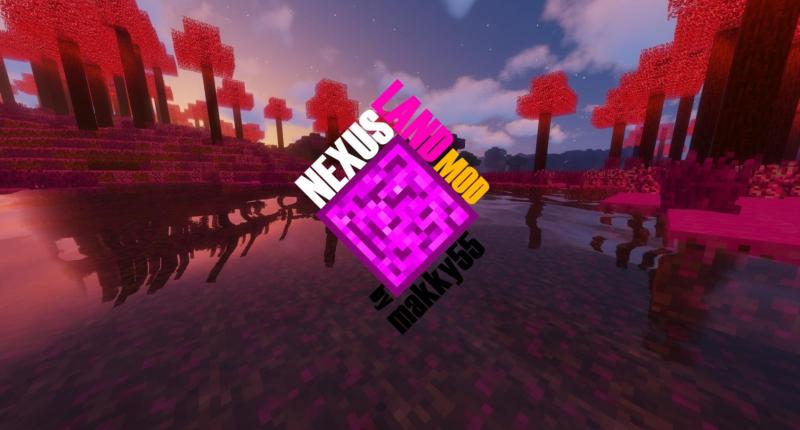 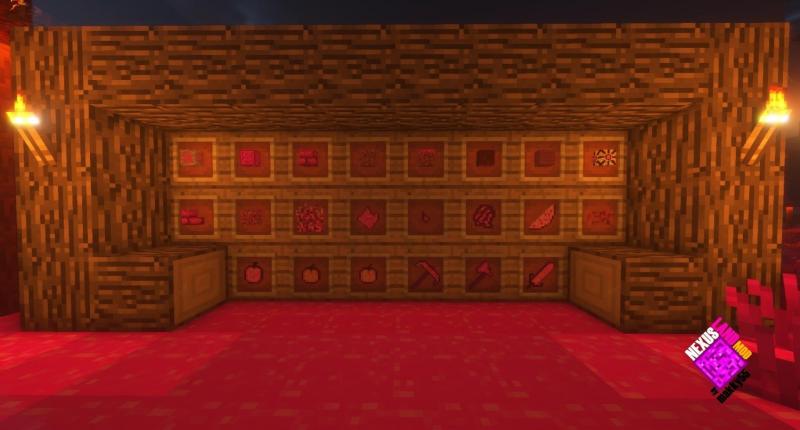 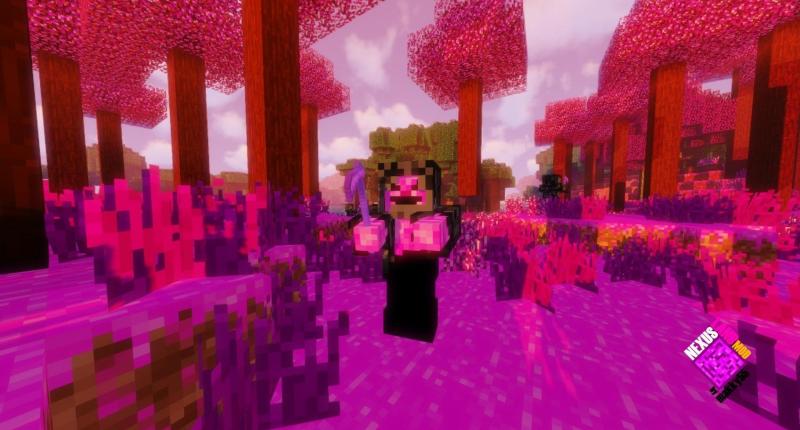 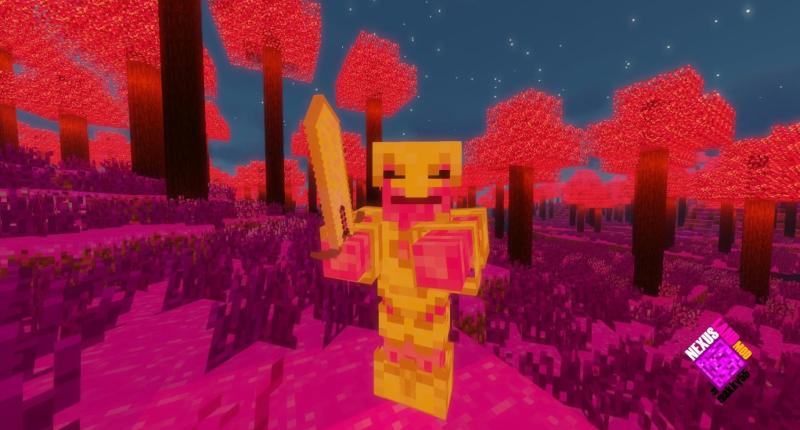 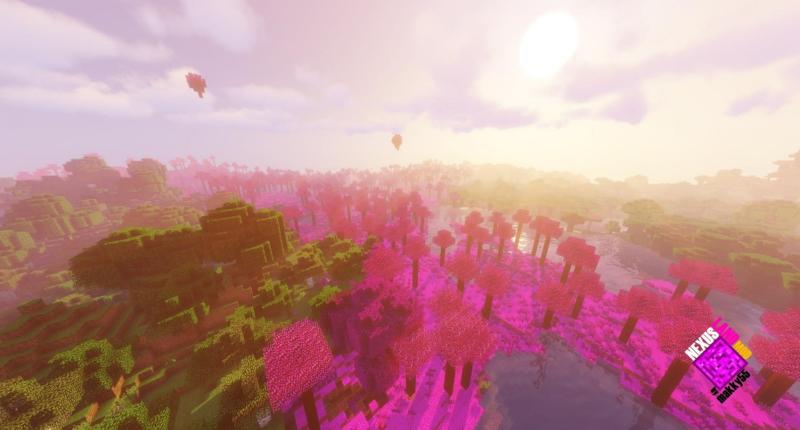 This is a mod that adds a beautiful biome - Nexus Land and a few new items. First we have to find this biome but it's not easy. When we will there we can't explore the area calmly because Warriors of Nexus won't allow it. They're spawning all the time with their scythes. There is a King of Nexus Land (boss). We can fight with him but firts we have to build a totem. Mod also adds a new plant. After cutting it we get a special fruit which is an ingredient of two types of apples. In this mod is actually 11 blocks (like log or nexus brick), 1 type of tree, 3 weapons (scythe and 2 swords), 2 tools (axe and pickaxe), 3 fruits, 5 another items, 2 plats, two types of armor (which is worn by new mobs) and 2 mobs (warrior and king). In the next update I'll add a lot of new things and delete bugs which you can find in this beta version. Thanks for downloading!