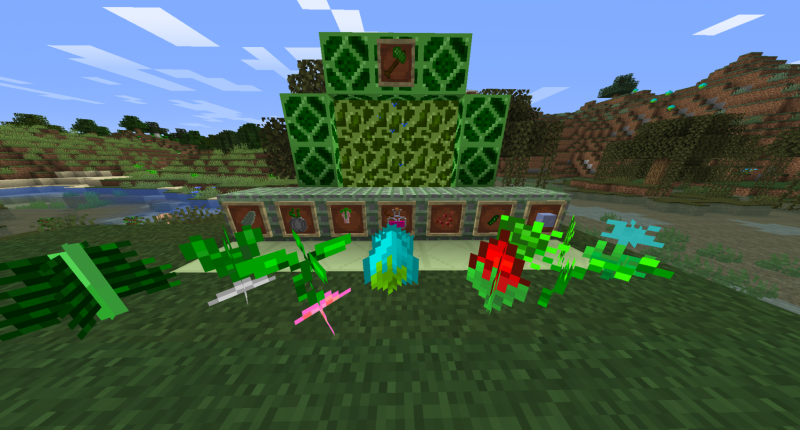 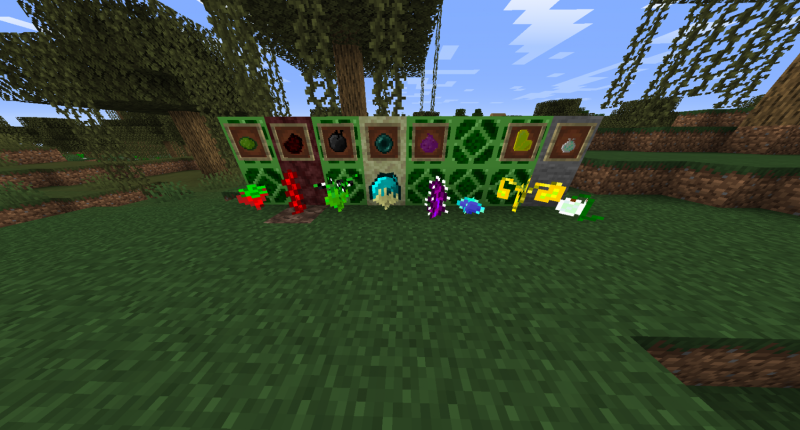 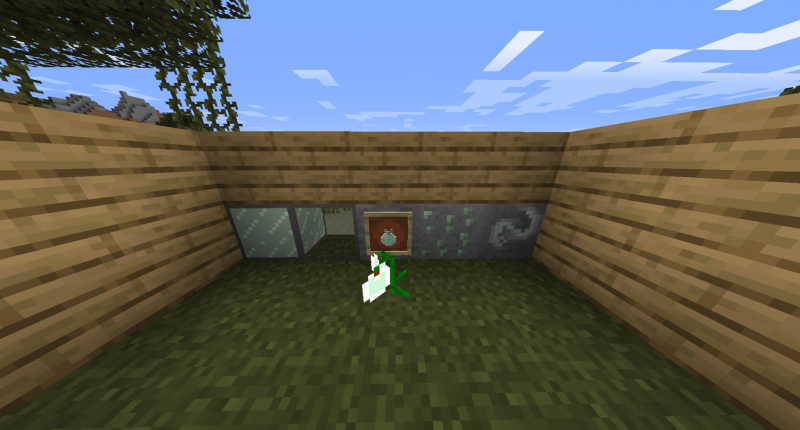 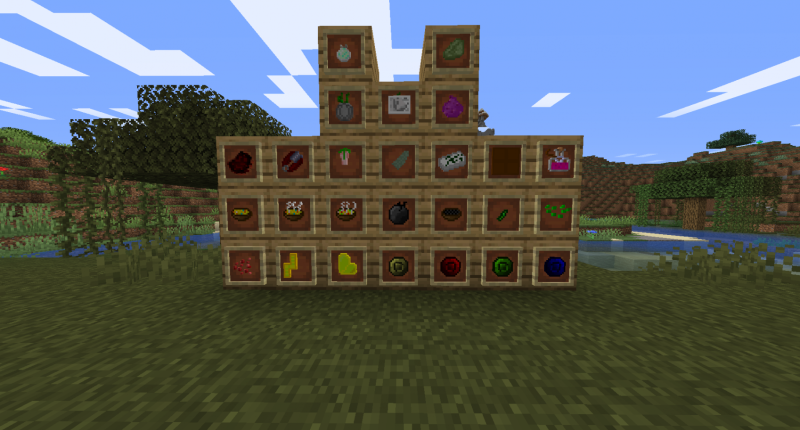 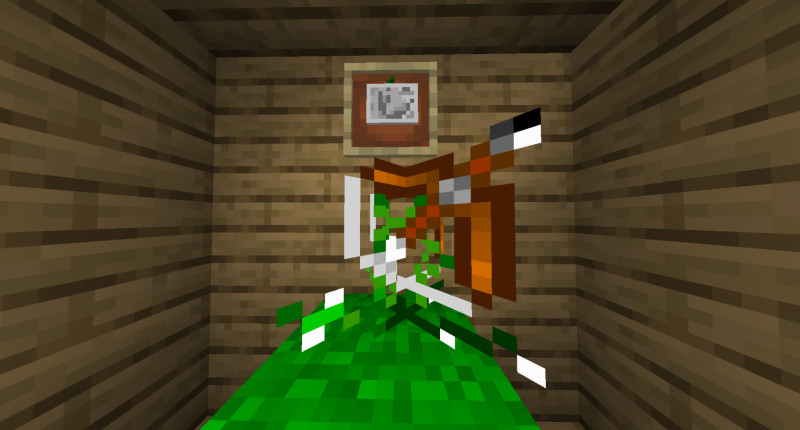 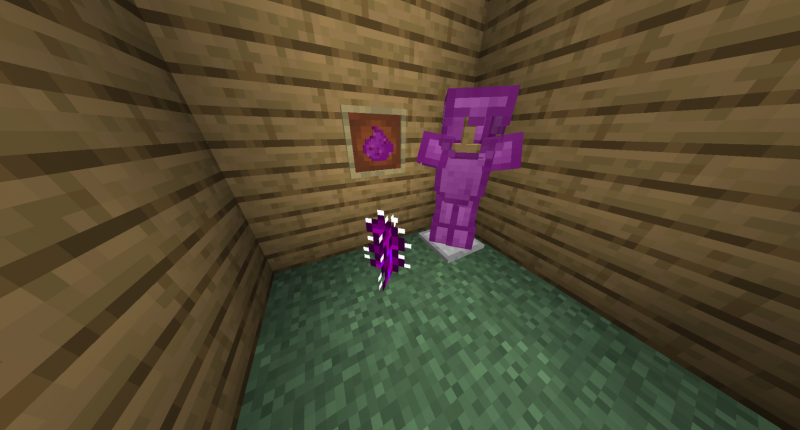 This mod includes many new plants and a new dimension.

-Aloe: spawns in deserts and is used to make bandages.

-Nether Algi: spawns around the Nether on Soul Sand. It will burn you unless you have some Obsidian Shears. Can be used as fuel.

-Garlic: spawns basically everywhere. Its only use is as a spice.

-Ginger: spawns near rivers. Also only used as a spice.

-Radiant Flower: exclusive to the new dimension, this flower is used for decorations and dyes.

-Dark Blossom: a shrub from the new dimension whose berries will give you strength at the cost of visibility. Make into stew to eliminate this blindness effect.

-Saffron: another spice. Found in beaches and islands.

-Nettle: its needles are quite useful for making dyes, spices, and even spectral arrows.

-Endgrass: exclusive to the End Islands. Use Obsidian Shears to collect its pearl, otherwise it blows up.

-Glowshroom: a mostly useless fungus that has a slight glow to it.

-Magic Vine: a vine that grows on the ground. Only used for Grassberries. Gives you Wither 5 if you touch it. From 1.1.2 onward, it can be used to make a new armor set.

-Ice Flower: only grows in snowy biomes. Used for dyes and making ice blocks for your ice armor.

-Bowdrill (1.1.1+): this rare plant has a bow that it uses to shoot deadly arrows if you approach it. Its berries are used to make wool.

-Magic Iron set (1.1.2+): rather than making the armor from the dust, you cover a set of iron armor with it. Very resistant and gives very good effects.

-Chocolate: made from cocoa beans. Gives you speed.

-Darkberry: gives you strength and blindness.

-Dark Stew: gives you strength and night vision instead of blindess.

-Grassberry: teleports you to the new dimension.

-Endberry: teleports you to the End.

-Hellberry: teleports you to the Nether.

-Airberry: teleports you to the Overworld.

-Bamboo set: as good as wood.

-All but 3 of the new plants can spawn here.

-SImilar to the Overworld.

This mod sprinkles around the world Gas reservoirs. If you break them, a blinding gas spreads around. Put an Empty Container Unit with some redstone to power it under the origin block of the gas to collect it. You can also run into it with a glass bottle to collect it. Another new ore is the Fossil Ore. It will usually give bones or Bone Blocks, but, in rare ocasions, it will drop a Gaspepper. This crop needs a full gas container one block away in the positive x axis. It allows you to fill glass bottles with gas safely. Gas can be used as fuel.

Added the Bowdrill and some textures improved

Added 4 advancements related to gas and the new dimension

Armor made from Magic Vine added

Bowdrill arrows only spawn on top of the player

Love the concept, however I feel that if the textures were improved this mod would shine :)

Thanks for the constructive comment. I've already reworked a bunch of textures, including an animated texture for gas.