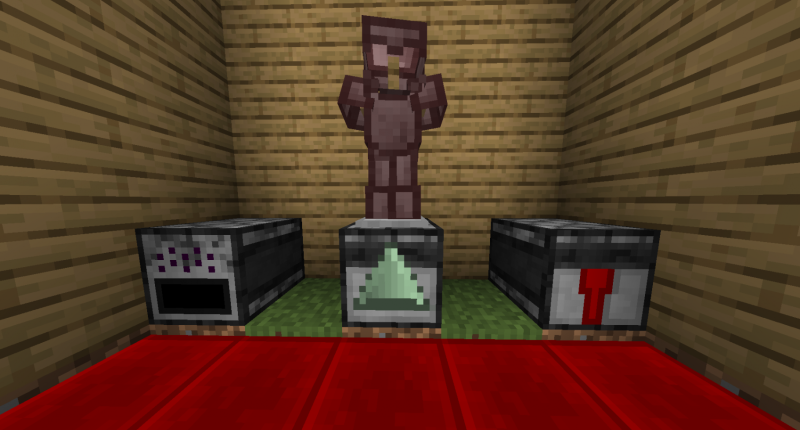 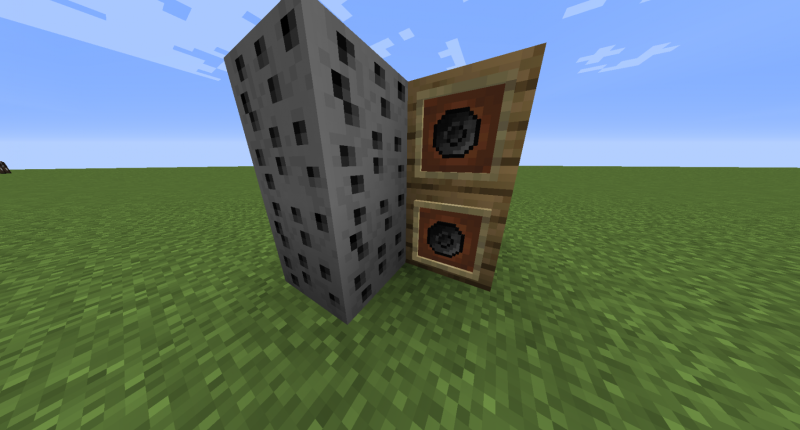 This mod will be based on redstone.

-X-ray machine: power it and all the stone blocks touching it will turn to barriers, allowing you to see the ores, but not mine them. Unpower it to revert the barriers back into stone.

-Anti-Gravity device: power it and you'll get insane jump boost and the ability to fly.

-Buffer: when powered, right-click to remove all potion effects.

In order to power these, you need a new liquid found exclusively in a new structure. Place it anywhere around the machine and they'll get powered.

In jungles, you'll be able to find altars with either an x-ray machine or an anti-gravity device in them. Also, there will be fuel deposits, the only place where you can find the new fluid to power this mod's machines.

A new ore only used for this mod's crafting recipes. It spawns near bedrock and can actually break bedrock, hence the name.