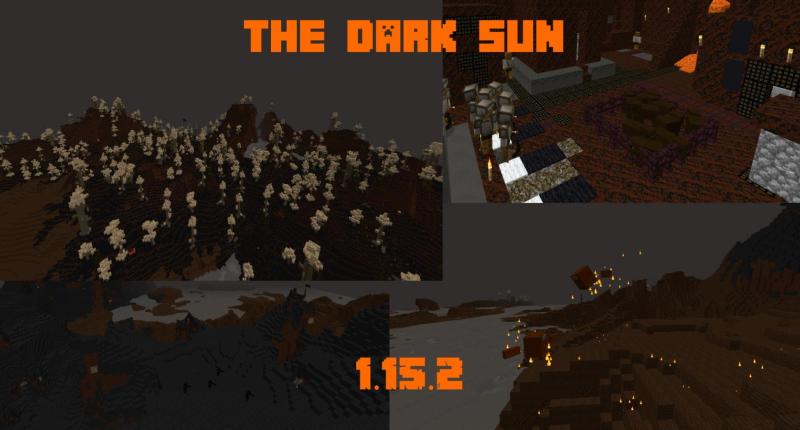 Thank you viewing my mod!

Every Feature in the Dark Sun Mod

Every Recipe in the Dark Sun Mod

The Dark Sun mod is a mod that adds a whole new dimension into Minecraft. Biomes, Mobs, and many structures are in this 500+ elements mod.

This is the only way currently to get to the Dark Sun. The ruined portal contains a chest with the igniter and the blocks needed to complete the portal. 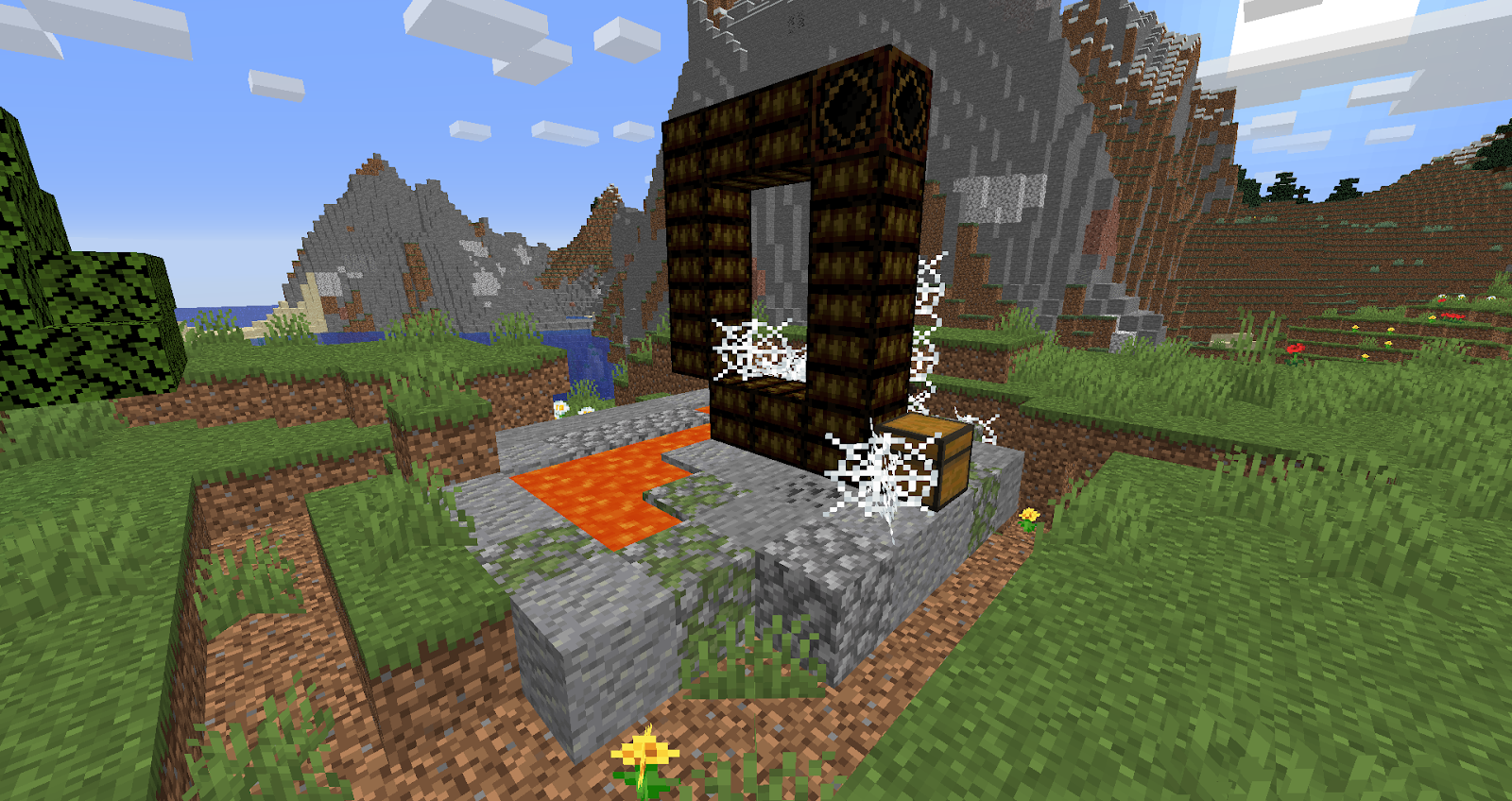 The Dark Sun contains five new biomes All with there own mobs and ecosystem. 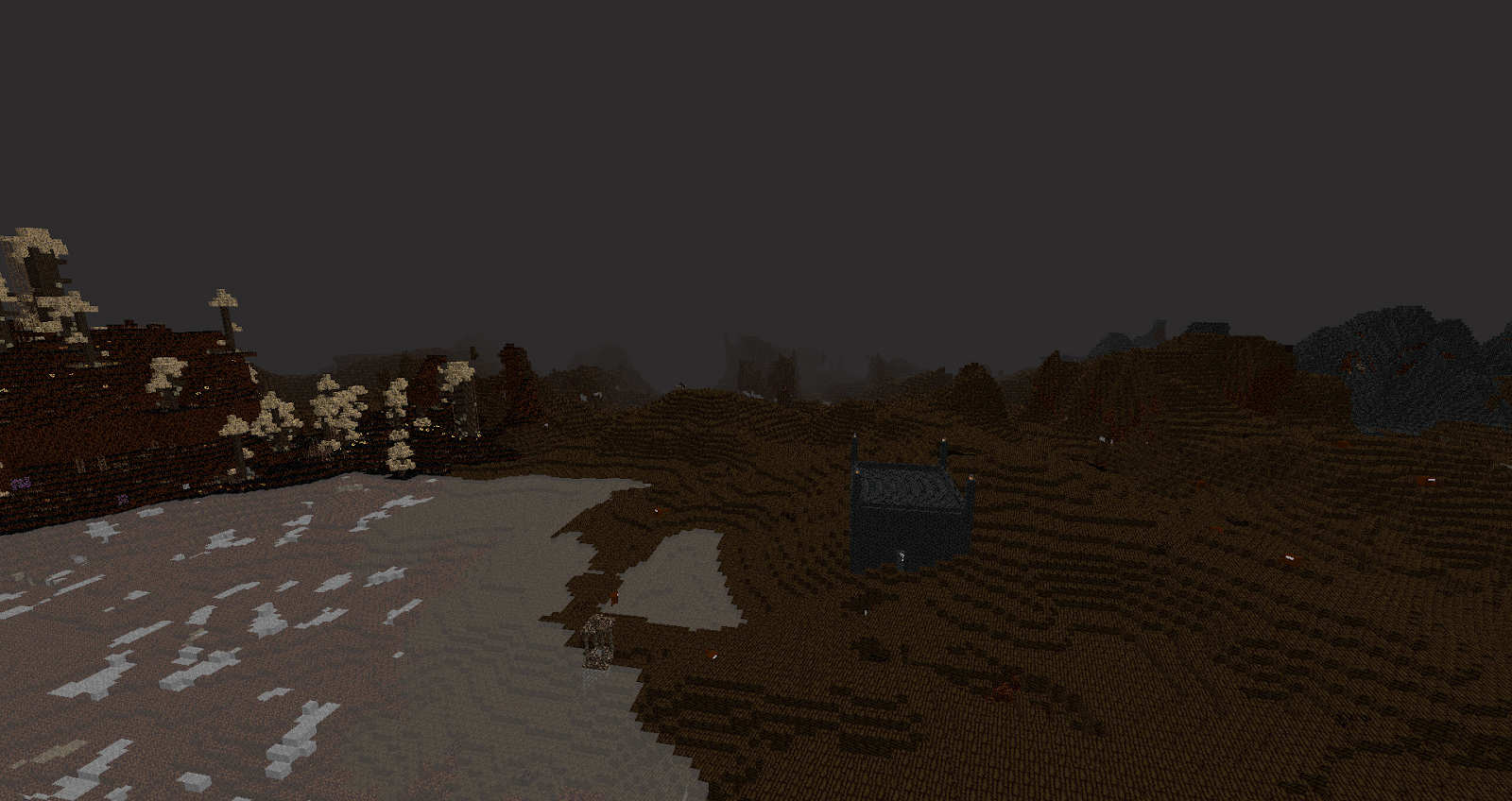 The Dark Sun contains a handful of new structures Each with their own diversity. 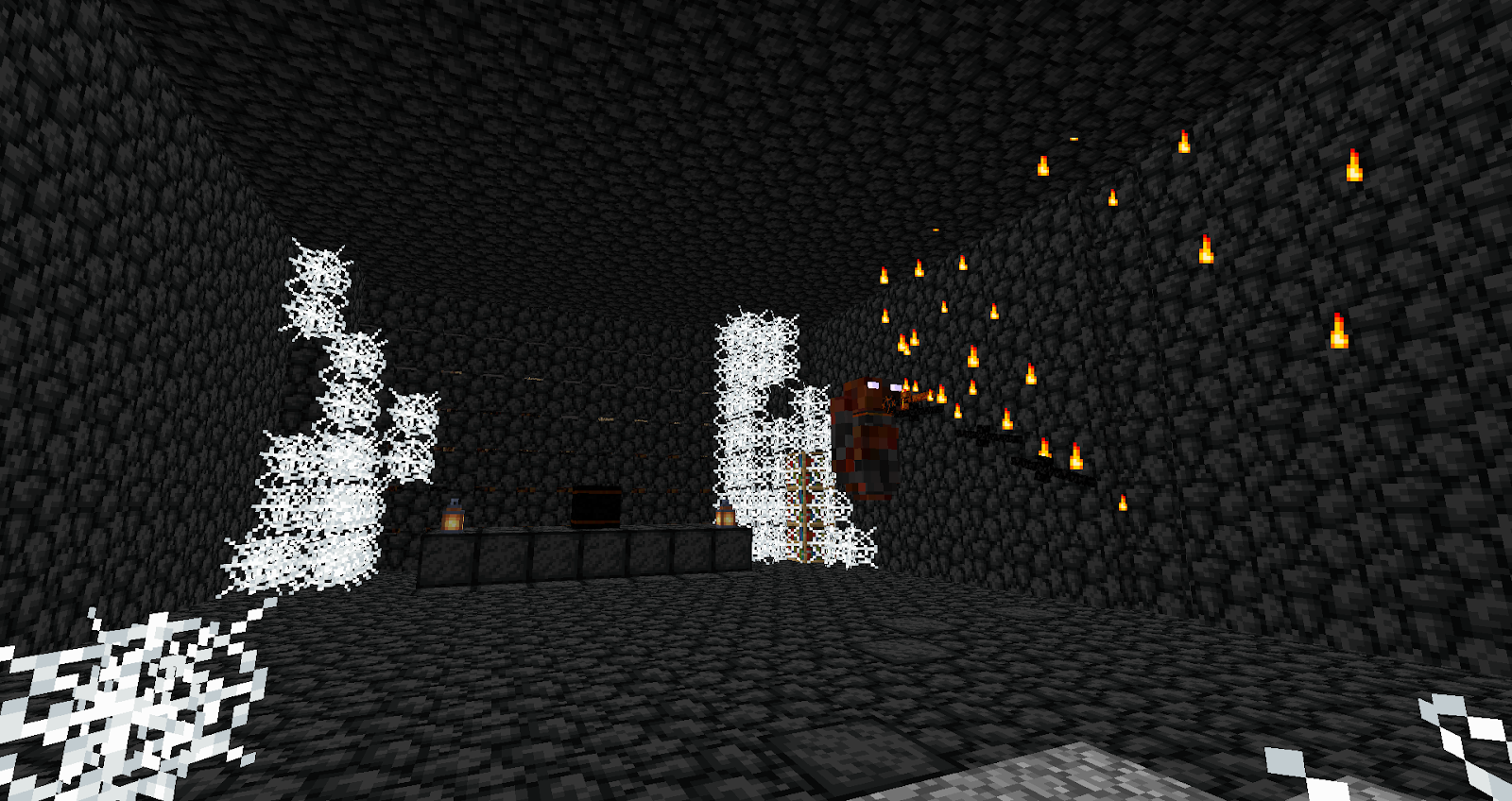 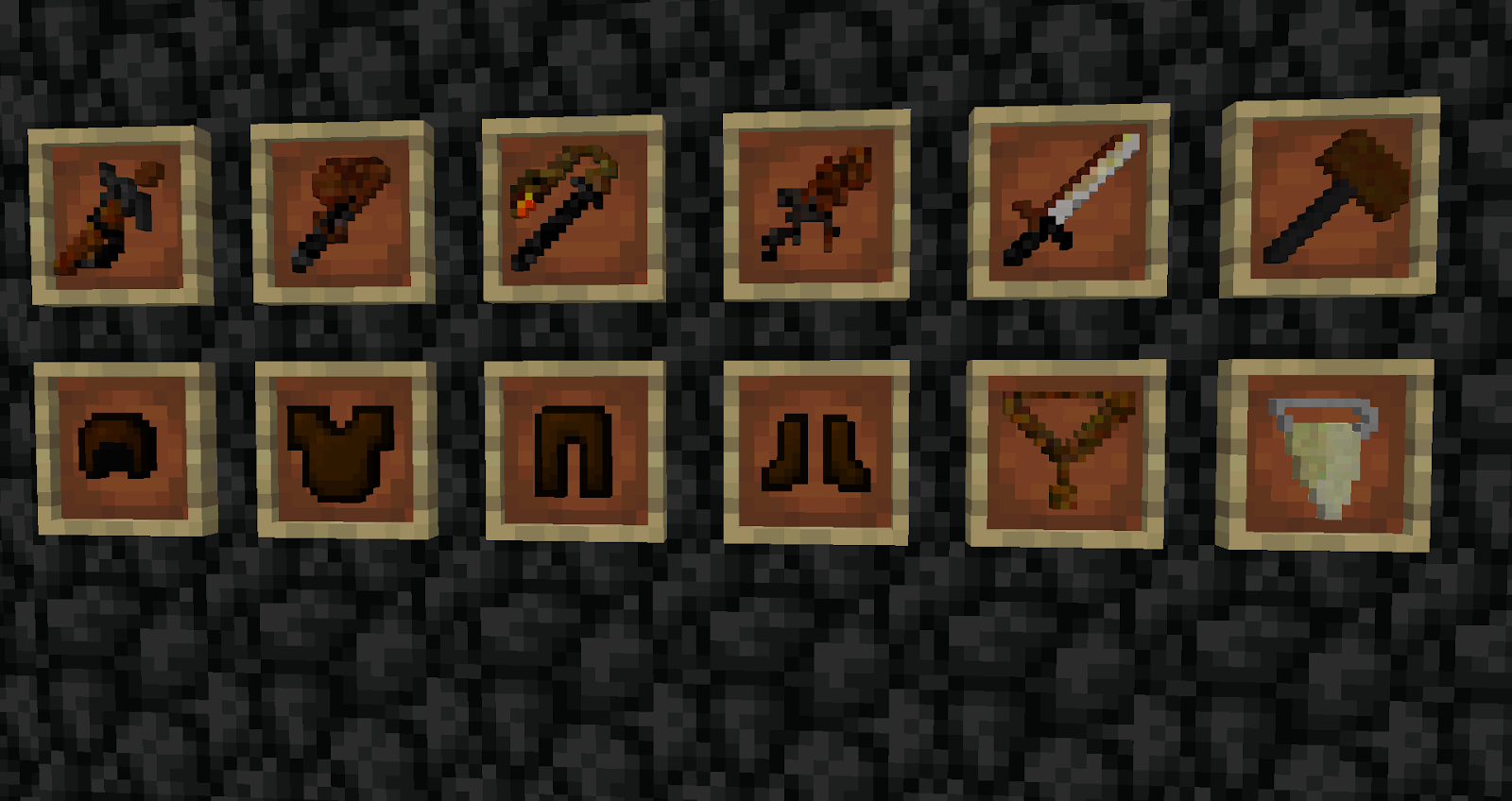 The Dark Sun contains a lot of new mobs including a whole new race of intelligent prime apes and evil casters that plan to posses all of them. 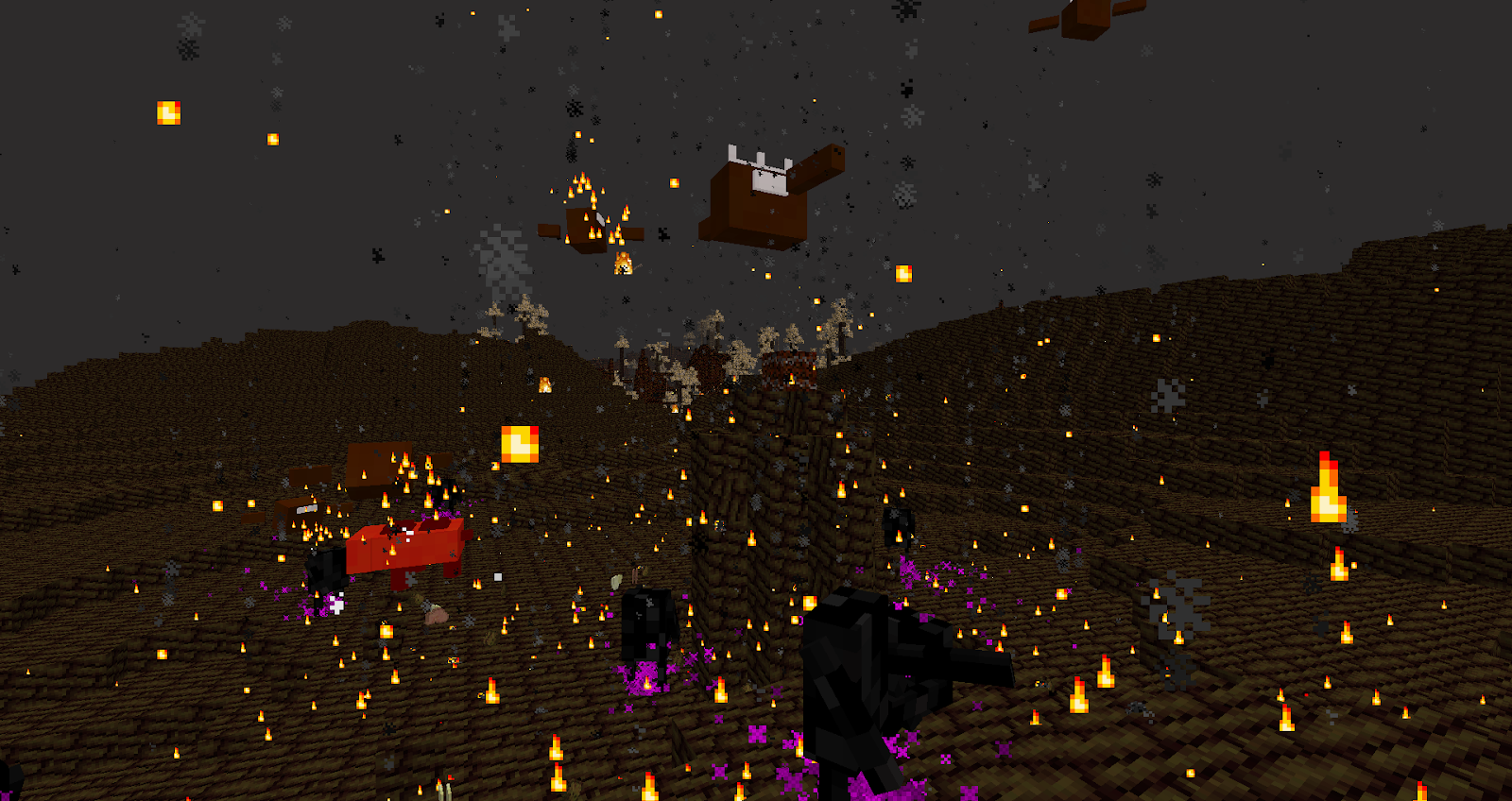 Many new plants and blocks

The Dark Sun has a lot of new plants and blocks to make the dimension look good and your builds! 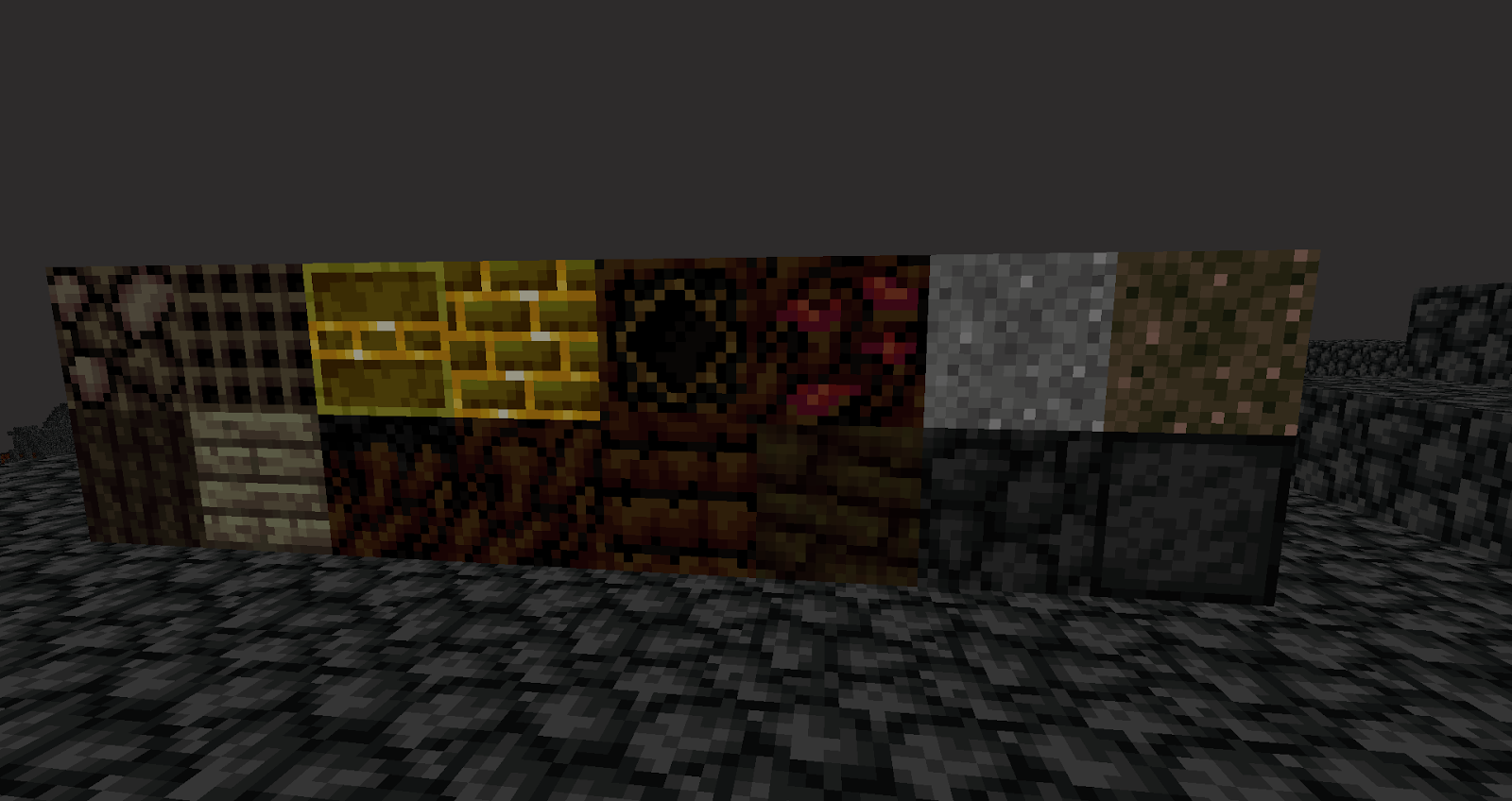 New Changes -
**Items dropped from bosses and the dunsilt extractor no longer despawn when dropped from the boss itself/the dunsilt extractor**
Ancient Dark Casters drop a lot more Damnatos
Dark Empress and the Dark Empress clone no longer drop Damnatos
Nerfed the damage and fire rate of the Sole Queen
Dark Empress' projectiles damage scale on their power
Bosses drop a lot less experince
The Sole Heart now makes the Sole Hurt and Death noise while in your inventory. Place it in a crafting table to remove the noise, and place the one with no noise
in a crafting table to get the one with the noise back, and vice versa.
Renamed the tooltip of Damnatos.
Renamed the advancement for the Dark Empress and its description.
Removed the "engine" sound from Dunsilt Extractor. Changed it's loot table slightly. Removed the smoke particle effects.

Main New Features -
Changed most of the block textures, Thanks to Mr. Cubist! https://mcreator.net/user/504277/mr-cubist
Added a new final boss, The Grand Dark Sun Spirit.
Added Sun and Dark spirits, which spawn from some enemies after defeating the Dark Empress, and tie into the new boss.

Other New Features -
Added the Jawblade
Added the Ancient Gem sentry staff, Which summons an ancient gem above you. Tame it with sunchops to attack anything you attack.
Added Sombrio and Solnste Membranes, which drop from the new spirits.
Added some custom particles

New Changes -
Removed Halloween Content
Dark Empress no longer drops the Dedicated Gem, Now drops from the Grand Dark Sun Spirit
Removed lightning from Sole Queen phase 2, phase 2 Sole Queen now attacks more rapidly. She no longer regenerates when you collide with her in phase 2. She will also no longer slow you when you collide with her in phase 2.
Removed most of the projectiles from the Ancient Dark Caster fight.
Changed the Sun Reaper armor to now require the new membranes dropped from the Sun and Dark spirits.
Balanced mob spawn rates even more
Some enemies now inflict knockback
Some enemies now have knockback resistance
Buffed the Wrath of the Dark Sun, adding new mechanics to it
Buffed the damage of the daytime Cycle Staff, nerfed the damage of the nighttime Cycle Staff.
Buffed every other dedicated weapon, they now can be obtained after defeating The Grand Dark Sun Spirit - They will not work if you have not defeated the Grand Dark Sun spirit, because it would take away some of the challenge from the new boss
Buffed the Eclipse Crusher
Buffed the Infernal Blades Staff
Nerfed the Eclipse Pulse Staff
Nerfed the Darklamp Zapper
Sole Energy Cores can now be mined.
Sunstone Ore no longers burns you (It would burn the other ore's and delete them if they landed on it, and other blocks and items.)
Changed the texture of the Dark Empress (A lot more cleaner now)
Crawling Darkness' now spawn in Dark Plains
Renamed Eclipnylium to Eclipylium
Renamed the Obscuring Rod to the Obscuring Artifact. Changed its recipe & Texture.
Smooth Gilded Sun Crystal Blocks are unobtainable (For now)
Renamed some tooltips
Renamed Damnatos to Damnato

Main New Features -
Dark Sapiens now wear Jack o' Lanterns, Possesed Dark Sapiens now wear uncarved Pumpkins, Though only some will generate with Pumpkins
Added eclipsed goddie bags, which drop from any mob in the Dark Sun at a 5% chance. They contain foods and other items.

New Fixes -
Fixed a issue with the dimension biome spawing

(Pretty sure this version is not playable, do to a major bug that was fixed.)

Other New Features -
Added a new attack to the Dark Empress. The ancient gem. It spawns in a pair of two in normal mode and 3 in hard mode when the second phase starts, and only spawns once. It explodes on impact and inflicts a varity of harmful effects. It also shoots a gem at you. It can be killed. It has 100 health points. It can only spawn in normal and hard mode and will despawn on peaceful and easy mode.
Giving a Crawling Darkness a wither rose will turn him into an Obscuratus
Soles now have a small chance to drop an Ancient Sole Core

New Changes -
Buffed Sun Reaper armor. Now gives +4 more than sunstone instead of +2. And each piece gives one positive effect. Durability has been massively increased also.
Buffed the Cycle Staff, Wrath of the Dark Sun, Eclipse Crusher, and Eclipse Pulse Staff
Slightly increased the durability of sunstone armor
Increased Dark Empress' health from 1,200 to 1,500. Increased the clones health from 300? to 500.
Improved the ritual building by adding more to the building
Nerfed the spawn rates of ruined portals
Slightly changed the texture of the Sole Energy Core, changed the texture of the Eclipse Pulse Staff
Removed the Possesed Pills advancement
Removed the Sole Charm of honor

Main New Features -
Added the Dark Empress boss, a new boss that can be fought after the ender dragon, and will be the final boss of the mod.
Added the Ritual Buildings, which contain the ritual stone, used to summon the Dark empress with the new obscuring rod.
Added Concealing essence, a drop from the Dark Empress, and is used to craft a lot of new powerful weapons and armor, etc.
Added 4 dedicated weapons.

Other New Features -
Added the Obscuratus mob, a hostile mob found around the Dark Sun.
Added 2 new advancements for the Dark Empress and Sole Queen bosses.
Added a spawn egg for the Sole Queen boss

New Changes -
Reworked the Ancient Dark Caster fight to be much harder.
****Ancient Dark Casters are now immune to swords, you must attack them with ranged items, bows, my ranged weapons I added, etc.*****
Ancient Dark Caster, Darklamp Zapper, etc will no longer inflict slowness.
Ancient Dark Casters Damnato drop amount has been increased, but the chance drops have been nerfed to drop less
Changed the Sole Beacon to be less... insane
Changed the recipe of the Ancient Sole Core to require iron nuggets instead of Damnatos
Changed the texture of Sunstone Ingots, and slightly changed the texture of Damnatos
Increased spawn rates of Dark Sun Overworld ruined portals
Nerfed the spawn rates of Withering Sun Beasts
Evil Souls advancement will be changed to defeating the dark caster instead of picking up damnatos.
Increased spawn rates of Ancient Dark Caster houses
Improved the Anicent Dark Caster sentry to be tameable, and will attack eniemes that attack you or that you attacked when tamed. It no longer attacks you when attacking it.
Nerfed the Throwable Fire Charge knockback
Nerfed the Eclipse Charm
Nerfed the Darklamp Zapper
Slightly Nerfed Sunsparked Boots
Buffed the Dark Caster Sentry
Buffed the Infernal Blades Staff
Made The 100 bow unobtainable
Removed potion particles on Eclipse Charm and Sunsparked Boots to be less annoying
Sole Energy Stone renamed to Sole Energy Core

1.0.5 was an update that was in the works at this time, the new features will be hidden.

THIS UPDATE FOR SOME REASON DELETES YOUR ARMOR IN SAVES! I am very sorry. I don't know why this happens.

1.0.4 Content Update "The explorer update"
Released on August 24th, 2020
Tenth release
MCreator 2020.4 was released, so I rebalanced some things and some bugs MCreator fixed, had a positive impact on my mod.
Sorry about the long break. Except a lot of new updates.

Other New Features -
Added The 100 Bow. Thanks for 100+ downloads on Curse Forge!
Added the Sole Beacon, A highly guarded beacon which contains a new block, which is the new way to summon the Sole Queen boss.
Added wall variants of a lot of blocks
Added Sunwood Doors and Fence Gates
Added Escuro Devil teeth, which drop from Escuro Devil's, instead of leather. It has one recipe for now.
Added the Sole charm of honor, which summons a happy sole pet and is dropped sometimes by the Sole Queen.

New changes -
Replaced food for a queen with ancient sole core (Still will be named food for a queen in the code)
Buffed the Sole Queens health from 150 to 425.
Balanced ranged attacks damage for dark sun enemies.
Increased spawn rates of Dark Caster Houses
Changed the Infernal Blades from minions to a ranged weapon
Made the piggy bank a item texture
Sole's eyes now glow
Changed the texture of Thorn Snappers, Changed the texture of Damnatos to be animated

New Fixes -
Fixed the hitbox of the piggy bank

New Rebalanceing -
Made the Throwable Fire Charge Recipe require 6 sole dust, But you can craft 3 at a time (Now requries 3 fire charges)
Reduced The Suns End Smasher damage to 13, Reduced its speed to 0.6
Removed the speed effect from the Eclipse Charm. Nerfed the speed of the Sunsparked Boots

New Fixes -
Fixed some AI issues with the Dark Sapien Miner not moving around the Dark Sapien Leader, and the Ancient Dark Caster not attacking the player
Fixed the model of the Throwable fire charge, So it does not overlap inside of the players hand.

New Rebalancing -
Nerfed the Throwable Fire Charge Damage
Heavily nerfed the Sole Stick blast, and changed its recipe
Made the Sunstone Chop harder to craft  by making it need 4 block of sunstone's instead of 8 ingots.
Made the Sunsparked Boots require shulkers shells instead of rabbits foot to craft, making it post ender dragon

1.0.1 Content Update
Released on July 1st 2020
Fourth Release
Main New Features -
New Sunwood Tree Structures, to replace the old MCreator custom trees
Escuro Devil, a new mob that spawns in the Sunwood Forest, and should not be messed with
Withering Sun Beast, a new mob which has no head or eyes, and inflicts the wither debuff.
Infested Solarstone, which when broken spawns 1 - 3 Sole's.

New Rebalancing -
Rebalanced the amount of experince the mobs drop
Removed Rotten Flesh from dunsilt extractor loot table and experince
Nerfed the amount of damage of the Thorn Snapper, Now does 0 damage in peaceful mode and the damage gets ramped up each difficulty setting

Fixed Dark Plains spawning in the overworld.
1.0.1 which will be a new content update was in the works at this time, so the features in this update will be hidden.

very nice, wonder why there are not more downloads

Thanks! There are some on curse forge.

Getting bored of the mod
I have been working on this projects for 4-5 months straight, and I think I need a break
The break from July - August was due to a broken computer.
Expect update 1.0.5 in the coming week. Then its break time from this project.