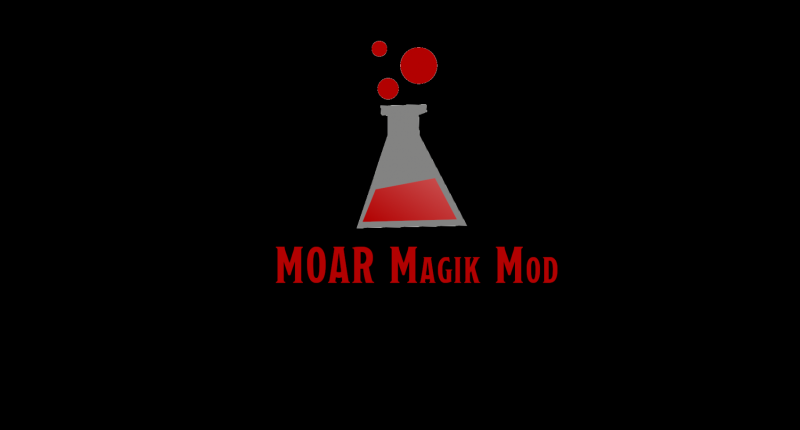 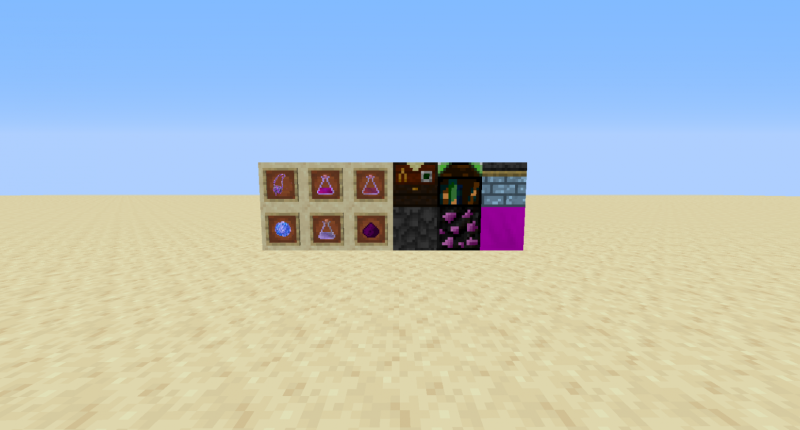 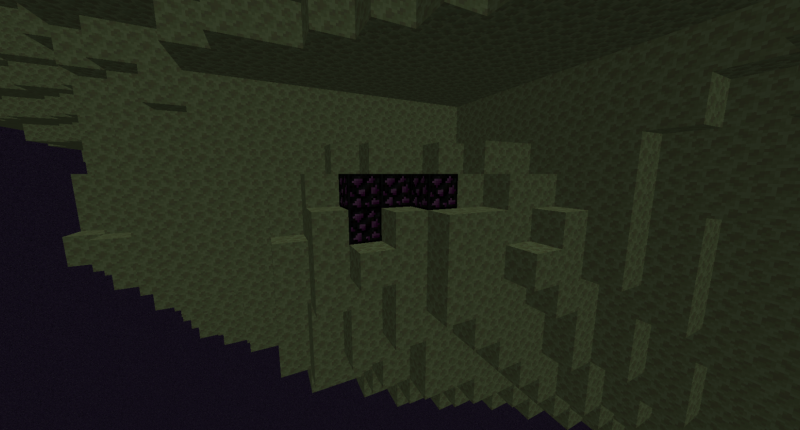 Voidstone ore in it's natural habitat! 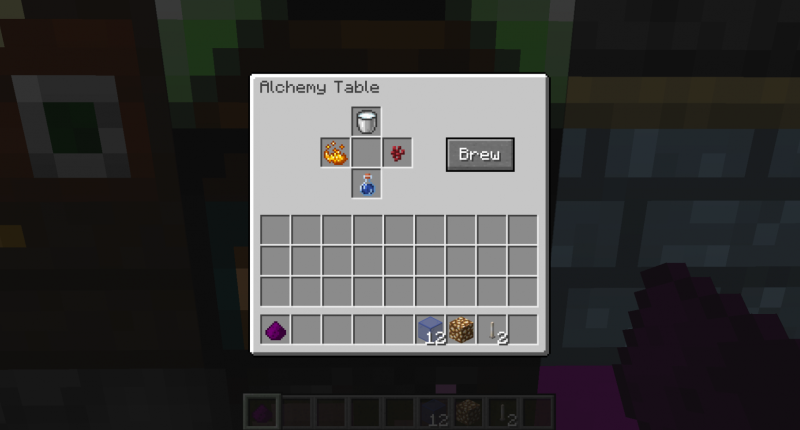 Inside an Alchemy Table! 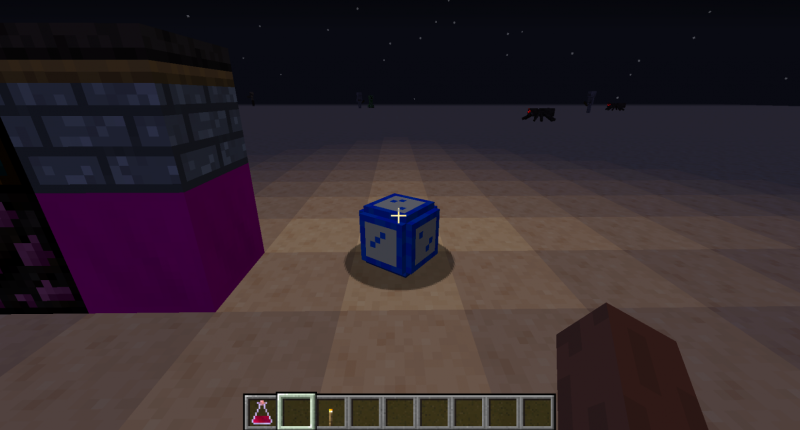 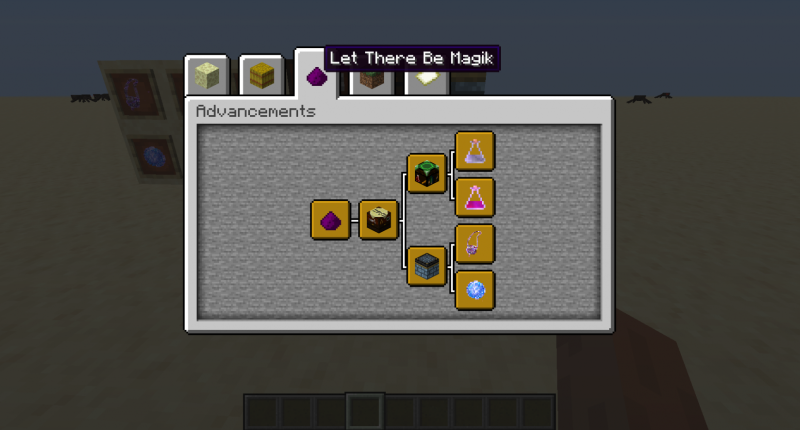 What is MOAR Magik? What does it contain? What is planned for it's future? And most importantly, did I spell the mod title horrifically on purpose or was it because I'm terrible at spelling. It is an alchemy mod focusing primarily on late-game magic items. Its contents and plans are listed bellow. I intentionally spelled it incorrectly.

If you've made it this far you must be interested! (Yay me!)

First you will need to have reached the end dimension and acquired dragons breath, end rods, the voidstone dust included in the modpack, and a thirst to learn MOAR! (See what I did there?)

Those are the recipes for all three crafting stations currently in the mod. I know the layout isn't great but I can't figure out how to add an image. The Alchemy Table is used to brew potions, the Enscribing Desk is used to empower potions, and the Wondrous Item Table is used to craft wondrous items. Once this has been accomplished you can begin crafting. The alchemy table recipes are as follows.

KABLAM, Isn't it cool? The Potion of Greater Health Boost gives the player Health Boost four for 3 minutes. And now for the Wondrous Item Table Recipes.

Ta-da! The Wondrous Items! The Drifedglobe is spawned by right clicking on the ground. It follows any player who is holding a torch and emits a light level around 10. When right-clicked the light changes to 15. It has five hitpoints and drops blue stained glass on death. The Bag of Holding can be used to store up to 50 stacks of items and can be opened with a right click. And now for miscellaneous items.

And we are done! Compacted Stone is used in the Potion of Climbing. Voidstone Blocks are a compact way of storing Voidstone Dust. Voidstone Dust is the way of getting it back (I hope that's obvious...)

Please point out any further errors!

I hereby credit myself for making this mod as well as MCreator for the software used in it's creation.

Show support by donating to the MCreator devs and checking out my YouTube channel which has nothing to do with this! (RustyDragon29)!

You did a pretty awesome job on this mod.
Great job on your first mod ;)

as everybody i know would go, mAGIk